Act more confident. Push past your comfort zone. Stand like an alpha.

I grew up a shy introvert with a severe speech impediment, bombarded by such suggestions. Honestly, I’ve tried them all. I’ve also come to the conclusion that it’s a lot easier, and more effective, to be kind than to try to always act confident.

Over the past 18 years, I’ve worked in various “extrovert” sectors, such as sales and communication, and I’ve managed to consistently excel. I didn’t try to compete with the extroverts. I let them win at their game. Instead, I decided to invent my own — and went all-in on being as thoughtful as possible.

You may find some of the following suggestions basic, but that’s the point. If I’ve learned anything on my journey from being a shy, stuttering kid to a communication and relationship coach, it’s that doing the basics well leads to a job well done.

I didn’t try to compete with the extroverts. I let them win at their game. Instead, I decided to invent my own — and went all-in on being as thoughtful as possible.

Show that you see the people around you 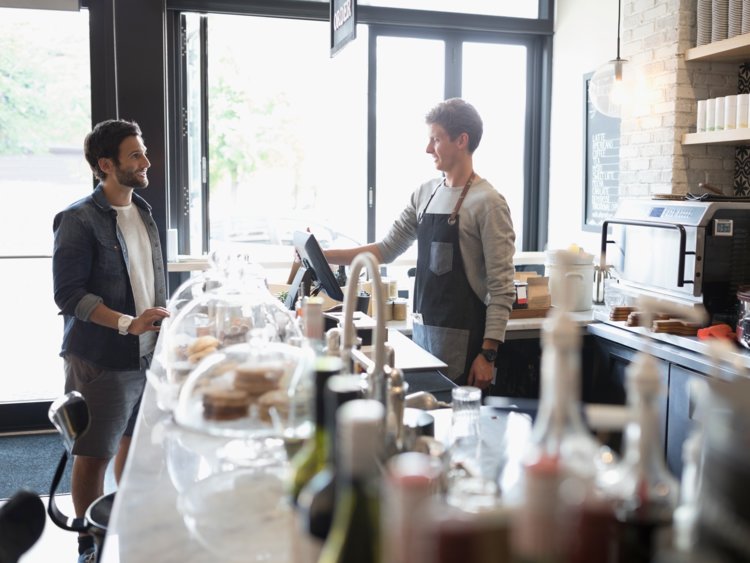 In his book ” If I Could Tell You Just One Thing,” entrepreneur Richard Reed asked Bill Clinton what most contributed to his success.

“I’ve come to believe that one of the most important things is to see people,” Clinton said. “The person who opens the door for you, the person who pours your coffee. Acknowledge them. Show them respect. The traditional greeting of the Zulu people of South Africa is ‘Sawubona.’ It means ‘I see you.’ I try and do that.”

Yes, Bill Clinton is one of the most recognizable people in the world and has a reputation for being charming and charismatic. But there’s no reason you can’t follow his lead and commit to acknowledging each person you come into contact with today.

Heads down and phones out — most of us are oblivious to the world around us, including our fellow human beings. That’s why smiling, holding doors, and saying hello to strangers are such powerful gestures. Acknowledging people makes you stand out without having to show off — and, when done consistently, it will build your likability faster than you’d imagine. 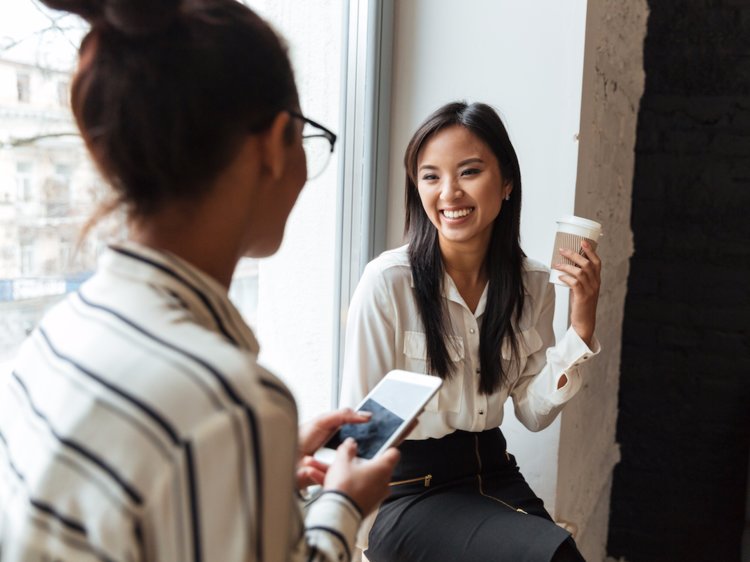 Every Tom, Dick, and Sally loves to say, “You only get one chance to make a first impression.”

Sure. But a lot has changed since that cliché came into common parlance. For one thing, the opportunity to continue our conversations is now literally a click away.

Countless times, I’ve met someone in passing who I didn’t click with right away, only to hear from them days or weeks later with a kind gesture of some sort. Sometimes they’ll reach out with a networking opportunity, other times maybe a book or artist recommendation based on our conversation.

These interactions have taught me a valuable lesson: It’s hard to dislike someone thoughtful enough to take time out of their day to make an effort.

Some people make easy initial connections with others. If you don’t, and need a little more time to show yourself, take it. If you meet someone you want to connect with, use that time to think about how you can help them or make their life brighter, even in a small way. 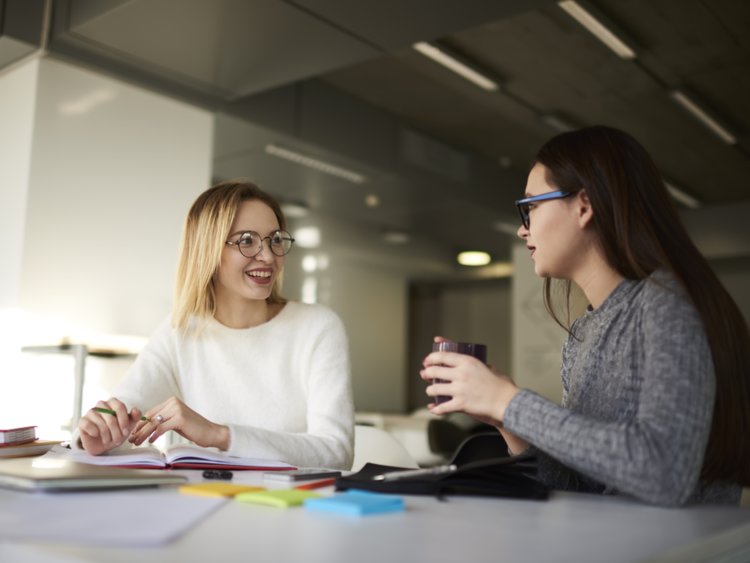 If you’re an introvert, you probably pride yourself on your observation and listening skills. Don’t stop prioritizing these skills. Many fail to really listen to and notice those around them, so an observant person who actually listens is rare and valued.

There’s an easy way to super-charge this quality: Take notes after important conversations, making sure to jot down any details that are clearly important to the other person.

This is immensely valuable. Because so few people take the time to do it, you can really set yourself apart. How would you feel if tomorrow you opened up your phone and a message was waiting from someone you just met wishing you well on your upcoming presentation? Or how about sending a personalized get-well-soon message for an elderly neighbor who’s in the hospital? 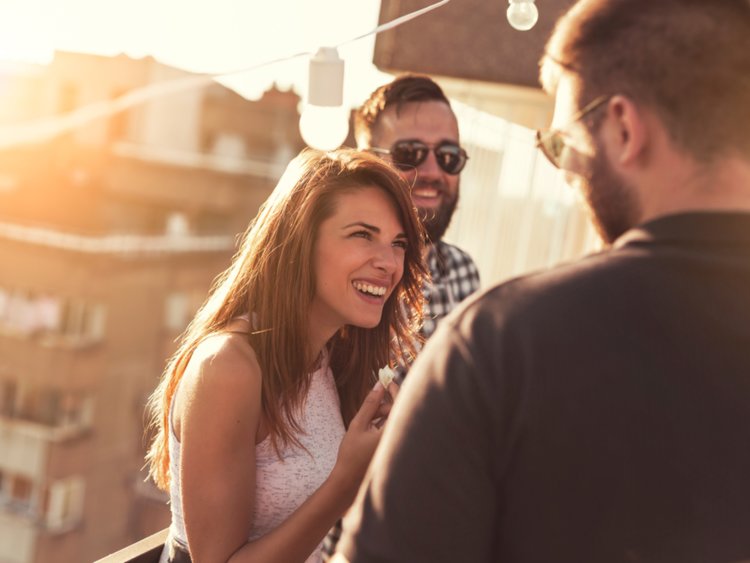 My Spanish was terrible when I first moved to Spain. A year or so after I settled in here, I ran into one of my first Spanish teachers and he exclaimed delightedly about how much I had improved.

I liked the guy to start. But after this? I loved him.

As much as we hear that people don’t change, they do. Not everyone takes the time to notice and acknowledge the ways in which people grow and improve. This doesn’t have to be complicated. If your friend gets a haircut, compliment him. If someone you know is close to reaching a milestone, set yourself a reminder to be the first to congratulate them when they hit it.

Again, none of this advice is particularly complicated: Smile, hold doors, and thank people for what they do and who they are. Master following-up thoughtfully and take an interest in what’s happening in the lives of the people around you, noticing how they grow and change. Listen, watch, notice — and praise. These are all small actions, but they can help you feel good about yourself and have stronger relationships with others.

Unless I wake up tomorrow looking like Brad Pitt, most heads won’t turn when I walk into a room. I’ll never be the life of the party. But that’s OK. It’s not my style.

Instead, I play the long game. And I let the compounding beauty of kindness do the work for me.

Michael Thompson is a career and communication coach who helps business executives and entrepreneurs to create more opportunities by building the right relationships. In addition to being a top writer on Medium his work on all things leadership, relationships, and career advice has appeared in places like Fast Company, INC, and Crunchbase.

SEE ALSO:6 top founders on how failure set them up for success

The Future of Real Estate through Blockchain

Liquidity of Top Cryptocurrencies Is Stronger Than During 2017 Bull Market

The FCA Is Looking for Someone Who Knows a Lot About Blockchain | Live Bitcoin News
We and our partners use cookies on this site to improve our service, perform analytics, personalize advertising, measure advertising performance, and remember website preferences.Ok