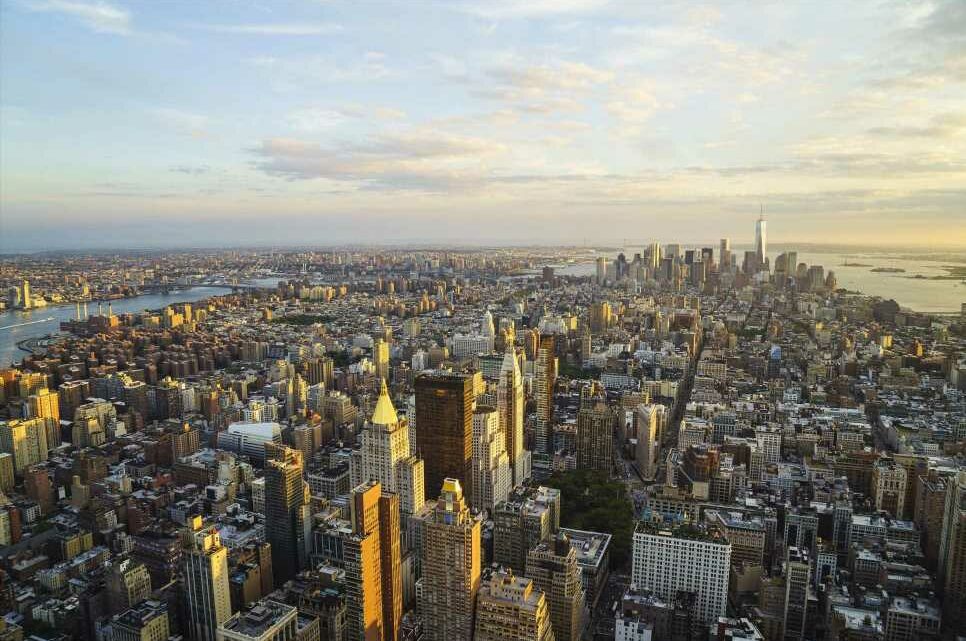 New York City’s economic recovery experienced a slight setback as of May 22, regressing just over two points to a score of 72. NYC’s score dip was due to a moderate increase in estimated unemployment insurance (UI) claims as well as flat home sales. Every other measure in the Index registered positive increases.

With practically all indoor business restrictions relaxed as of May 31, in addition to an increasing number of 70+ degree days, there is a growing expectation for continued recovery in restaurant reservations, subway usage, and apartment rentals in the near term.

New York City’s economic recovery stands at 72 out of a total score of 100, according to the New York City Recovery Index, a joint project between Investopedia and NY1. The index fell two points from the prior week. More than one year into the pandemic, NYC’s recovery is now roughly two-thirds of the way back to early March 2020 levels.

The estimated initial UI claims rate in New York City saw a moderate increase the week of May 22, jumping from 28% above 2019 levels to 88%. However, this is still notably lower than April 2021 UI claims, which were an average of 275% higher than 2019 levels.

With other economic activity, such as restaurant reservations, the rental market, and subway ridership all trending positively for at least the last six weeks, it will be highly indicative of a recovery if the UI claims rate begins to match that consistent positive performance.

During the week of May 22, pending home sales remained essentially flat year-over-year (YOY), though they still sit 71% higher than 2019 levels as the home buying market has been running hotter than normal in New York City since last August. There were 755 pending home sales in NYC for the week of May 22, according to StreetEasy, which is only 47 fewer homes than the week prior.

Although not as pronounced as other home buying markets across the country, New York appears to be experiencing a prolonged boom in home buying that has persisted through the worst economic downturns of this pandemic.

Although New York City’s rental inventory saw dramatic spikes in vacancies as residents left their apartments during the height of the pandemic, they now appear to be recovering as residents return and vacancies drop toward levels considered closer to normal. As of the week of May 22, NYC rental vacancies declined by 1,499 units week-over-week. This decline in vacancies pushed the rentals index up by four points to its best score since June 6, 2020. This is the largest decline in rental vacancies in the month of May and the third-largest decline of 2021.

With six straight weeks of solid improvements heading into summer’s typically active real estate market, the rental index now appears to be rising in concert with other measures, such as restaurant reservations and COVID-19 hospitalizations.

Subway ridership experienced another positive increase week-over-week during the week of May 22. The seven-day rolling average was approximately 58% less than the same period in 2019. The Metropolitan Transportation Authority (MTA) reported an estimated rolling seven-day average of just over 1.98 million riders on public transport, which is another 5,000 more riders on average than the week prior.

Subway ridership being on the upswing is a positive sign that the MTA will see the typical trend of high seasonal usage during the summer.

Restaurant reservations experienced another rise as of May 22, increasing the index by four points. OpenTable estimates that the trailing seven-day average of seated diners in New York City sits at just over 58% lower than the same period in 2019. The restaurant industry has now seen positive movement in the reservation rate in eight of the last nine weeks.

We are now well under the roughly 65% to 75% decline in dining reservations seen last summer, as the city inches its way back to the popularity of outdoor summer dining. These numbers appear to only be aided by the continued lifting of restrictions on dining by Governor Andrew Cuomo.

Mark Carney on Shell ruling: What companies need to do anyway