Last week, Jefferies analyst Brent Thill reiterated the firm's Buy rating on Palantir stock and raised its price target from $30 to $40 per share, saying that recent deals and surveys from hundreds of IT users who work at current Palantir customers suggest that fundamentals are alive and well. However, Thill noted that fourth quarter expectations were significantly elevated and that calendar year 2021 guidance could be cautious. 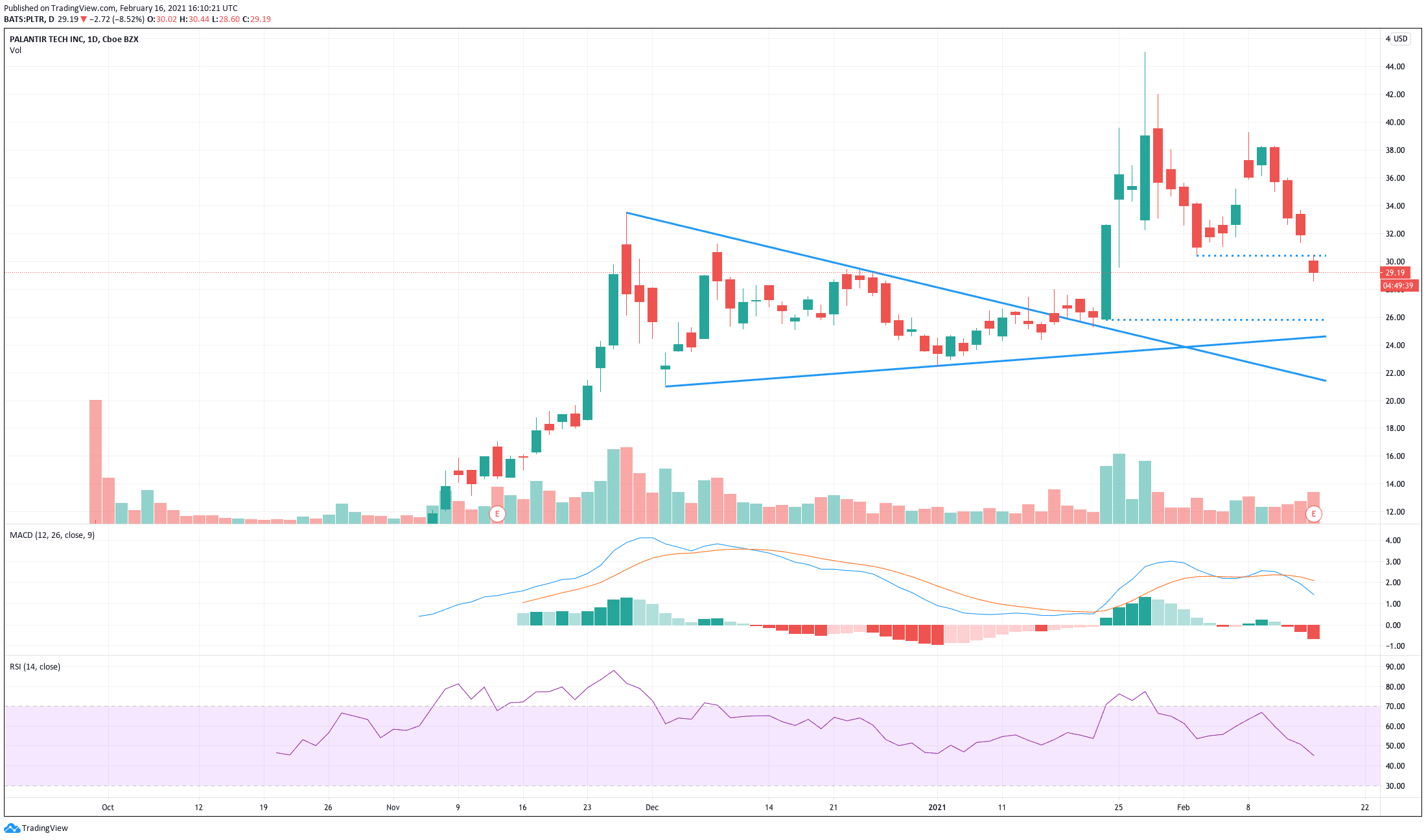 From a technical standpoint, the stock extended its losses from last week and hit the 50-day moving average at $29.05 during Tuesday's session. The relative strength index (RSI) remains in neutral territory with a reading of 45.02, but the moving average convergence divergence (MACD) remains in a bearish downtrend following a cross under. These indicators suggest that the stock could see more downside over the coming sessions.

Traders should watch for a breakdown from the 50-day moving average and trendline support at around $29.00 over the coming sessions. If that occurs, the stock could see a move toward lower trendline resistance at $26.00. If the stock rebounds from trendline support levels, traders could see a move toward reaction highs at around $38.00, although that appears less likely to occur given the bearish sentiment surrounding the stock.

In technical analysis, a reaction is a short-term trend reversal in the movement of a security's price. Reactions are most often associated with a downward movement in the price of a security after a period of upward movement, often in response to news or data released. Reactions are likely to be mild and lead to a slight increase or decrease in price rather than a large change in value.

Palantir Technologies fell to the 50-day moving average and trendline support during Tuesday's session after reporting an unexpected fourth quarter loss. While analysts are confident over the long term, technical indicators suggest that the stock could see more downside over the coming sessions as investors digest fourth quarter earnings and calendar year 2021 guidance.

The author holds no position in the stock(s) mentioned except through passively managed index funds.

Best Buy restocks PS5, Xbox but are sold out within minutes