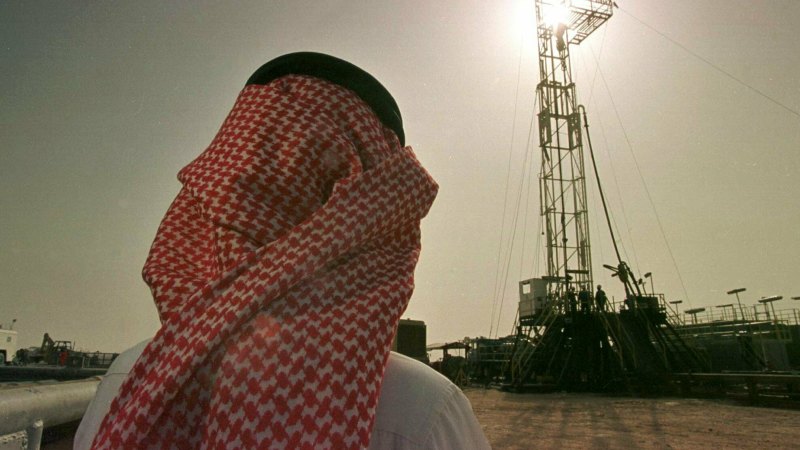 Just how quickly the tables turn in financial markets never ceases to amaze. Blink and you’ll have missed it. It seems like only yesterday that the reflationary story was bulldozing all before it. Buoyed by Joe Biden’s trillion dollar stimulus, bottlenecks in supply, and seemingly unstoppable momentum in the global recovery from Covid, commodity prices were soaring, stock prices were seemingly daily reaching new highs, and in a mirror image of rising inflationary pressures, market interest rates were surging. 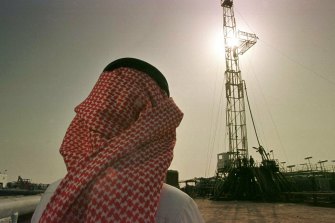 The world’s oil companies may struggle to have enough supply over the next decade.Credit:AP

Yet all of a sudden it’s gone into reverse. G20 finance ministers gathered in Venice at the weekend warned that the rapid spread of the Delta variant is casting a long shadow over the improving economic outlook in Europe. There are similar fears in the US, while the once blistering pace of Chinese growth is plainly slowing fast.

With warnings that hospitalisation rates in the UK could reach levels that require the reimposition of restrictions, even Boris Johnson, by temperament usually so hot to trot, seems to have lost his nerve. “Freedom day” on July 19, when all restrictions were meant to be lifted, is no longer what it was supposed to be.

To almost universal anger among corporate bosses, the Prime Minister seeks to shift responsibility for “extreme caution” in returning to normal onto companies and individuals, as if to say, if Covid again gets out of control it’s your fault – not mine.

Requiring others to do the Government’s dirty work is becoming a bit of a habit, part of a pattern that increasingly makes companies responsible for all manner of worthy environmental and social objectives.

In a further abdication of government responsibility, the Bank of England is meanwhile obliged to pursue costly climate change goals by imposing more onerous capital requirements on lending to high emitters.

Why risk the political backlash of direct action on emissions if you achieve the same thing via the little understood backdoor of Basel II capital requirements?

If public health, social policy and climate change objectives are no longer regarded as matters for elected governments, I don’t know what would be.

In any case, as delta-driven third and fourth waves of infection take hold, commodity prices have performed a screeching handbrake turn. US Treasury yields have also returned to levels that signal economic stagnation or worse.

If we assume that the current growth scare is no more than just a bout of post pandemic nerves, and that vaccines have as hoped effectively disabled the virus, then the reflationary story will soon reassert itself and oil will continue to spike upwards.

One exception to this recalibration is oil, the price of which has broadly been holding steady at about $US75 a barrel, having traded all the way up from $US37 as recently as November last year.

In part, the resilience is technical in nature. OPEC is struggling to agree new quotas for the increased production that would ease upward pressures on the price. The United Arab Emirates is refusing to play ball, believing its producers were short changed on limits by Saudi Arabia last time around.

This time around, we’ve also not seen the surge in US shale investment that usually accompanies an oil price spike, naturally putting a lid on things. That’s because many shale operators hedged themselves at much lower prices, and therefore have been unable to benefit from the recent surge.

Even as recently as a decade ago, a high oil price still had the power to shock, sending the global economy into a tailspin. We all know about the oil price shocks of the 1970s, but it was also arguably a similar spike in prices that tipped America into recession in the autumn of 2008, thereby triggering the collapse of Lehman Brothers and sparking the financial crisis. 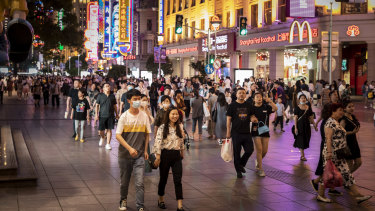 Doubts are again rising about the health of the global economy. Credit:Bloomberg

Whether such spikes have quite the same potency today is debatable. In a recent circular, the investment bank Morgan Stanley argued plausibly that they do not. In recent decades, advanced economies have become far less oil intensive; that is it takes fewer barrels of oil to produce a unit of GDP than it used to, making economies less sensitive to rising oil prices.

Even if the oil price were to average $US75 a barrel throughout this year, Morgan Stanley insists, the so-called oil burden – the cost of oil as a percentage of GDP – would be about 2.8 per cent, or quite a bit lower than the long run average of 3.2 per cent. The price would need to rise to $US85 a barrel to hit this average.

Maybe so, but I wouldn’t altogether bet against these more worrying levels being met. Headline US inflation surged to 5.4 per cent in June. Even at the tin-eared US Federal Reserve, the inflationary alarm bells must by now be ringing loud and clear. Higher input costs have combined with a surge in pent up demand to put a rocket under consumer price inflation.

With oil, there is of course a world of a difference between what the price might do in the short term, which depends on myriad variables and is therefore essentially unknowable, and the more predictable long-term trajectory, which is almost certainly down once peak demand is reached.

Knowing that oil’s dominance on the world stage is time limited by net-zero targets, producers will eventually break ranks. For fear of being left with stranded assets, they’ll pump and dump in a great fire sale of anticipated product obsolescence.

Nobody can know for sure, but as is the way with energy transitions and accompanying technological change, I suspect this is going to happen far more quickly than imagined.

One last flare up before oil begins its long decline to eventual oblivion is on the other hand eminently possible. If we assume that the current growth scare is no more than just a bout of post pandemic nerves, and that vaccines have as hoped effectively disabled the virus, then the reflationary story will soon reassert itself and oil will continue to spike upwards.

That’s going to present a major headache for central banks, determined as they are to regard current inflationary pressures as merely transitory and therefore no cause for monetary tightening.

Oil may be fast heading for redundancy, but for now it still has the power to shock.

The Market Recap newsletter is a wrap of the day’s trading. Get it each weekday afternoon.