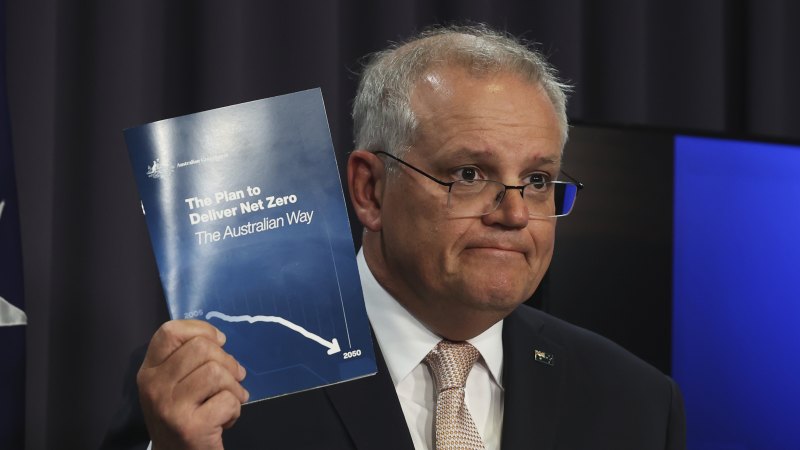 Net zero can’t be reached by magic, but there are ways to ease the pain

Scott Morrison’s long-term plan for net zero emissions by 2050 won’t impress anyone who’s been following Australia’s long and tortuous battle over climate change. But then, it’s not intended to.

His “learning” after miraculously wining the unwinnable election in 2019 is that whatever half-truths he tells voters will be believed by enough of them. Particularly since God is on his side, not the side of those other, untruthful and ungodly people. 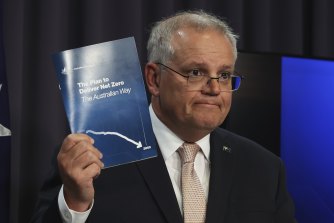 No, his Plan – which is not a plan to achieve net zero, just an optimistic forecast that it will be achieved – is largely a political document, intended to be sufficient to convince those voters who aren’t paying attention that he’s “doing more” to cope with climate change.

He was walking a tightrope last week. He had to discourage voters in Liberal heartland seats who were worried about global warming from trying to send their party a message by voting for liberal independents – as they’ve done in Tony Abbott’s former seat and, briefly, Malcolm Turnbull’s – by convincing them he was serious about reducing emissions.

At the same time, however, he needed to reassure voters in the National Party’s various Queensland coal-mining seats that he wasn’t serious.

His solution was to produce a document that says: the boffins I hired assure me we’re on track to eliminate net emissions by 2050 but, don’t worry, this will be achieved by the miracle of new technology, without anyone feeling a thing.

There’ll be no new taxes, no new regulations forcing people to do things and no new costs on households, businesses or regions. We won’t shut down coal and gas production, and no jobs will be lost.

Does it sound a bit too good to be true? Voters in the Liberal heartland tend to be well educated and well informed. I doubt it will do the trick.

As we’ve seen with the pandemic, when our federal leaders fail to lead, others feel a need to fill the vacuum. The premiers, of course, but also many people from business and the community. 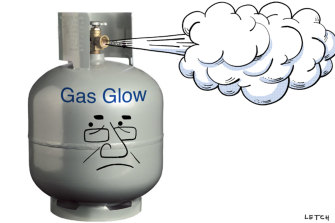 The latest report from Tony Wood and colleagues at the Grattan Institute, Towards net zero: a practical plan, offers a more realistic assessment of the challenge we face, says why we must get more achieved by 2030 and proposes ways this can be done without too much pain.

Perhaps because he’s not standing for office, Wood is frank about the difficulty in getting to net zero. The scale and pace of change involved in a net-zero target are “daunting, but they are outweighed by the consequences of the alternative.

“Factors outside Australia’s control will shape the flow of capital and the demand for our exports, while climate change itself will increasingly threaten Australians’ lives and livelihoods.”

Just so. Only a fool would believe we can avoid pain by doing nothing. We can seek to delay the pain, but that would relinquish our ability to influence our future, as well as making the pain greater.

The longer we leave it to make big progress towards net zero, the more pain we ultimately suffer. But also, our failure to throw our support behind the global push for earlier progress – which is what we’re failing to do in Glasgow this week – increases the risk that the goal of limiting warming to 1.5 degrees will be exceeded by the end of this decade, making it less likely we ever get back below it.

But while it’s foolish to think we can avoid pain, we shouldn’t imagine the pain will be intolerable. And here’s the trick: provided it’s done sensibly, paying a bit more tax and putting up with a bit more regulation is actually intended to reduce the amount of pain, and share it more fairly.

Wood accepts Morrison’s figuring showing that we’re likely to exceed the 26 to 28 per cent reduction in emissions by 2030 we promised to make in 2015. But we’ll still fall short of the 45 to 50 per cent reduction we’re being asked to make and other rich countries are agreeing to.

Wood’s plan for getting up to the higher target is neither heroic nor frightening. While we wait for the technological breakthroughs Morrison’s modelling assumes will come, we should get on with applying the technology we already have.

Generate electricity almost completely from renewables, and step up the move to electric cars and vans by tightening emission standards for petrol-driven cars, giving EVs tax breaks and supporting the spread of charging stations.

This is the first step towards the new green manufacturing industries that will provide the regional jobs for miners and gas workers to move to as other countries stop buying our coal and gas.

It won’t be easy or painless, but it’s not beyond the wit of decent governments.

Ross Gittins is the economics editor.

Get a daily update on the climate summit that will shape our future. Sign up to our Clear Air newsletter here.

Democrats might not touch these taxes on the wealthy, but they're going up anyway