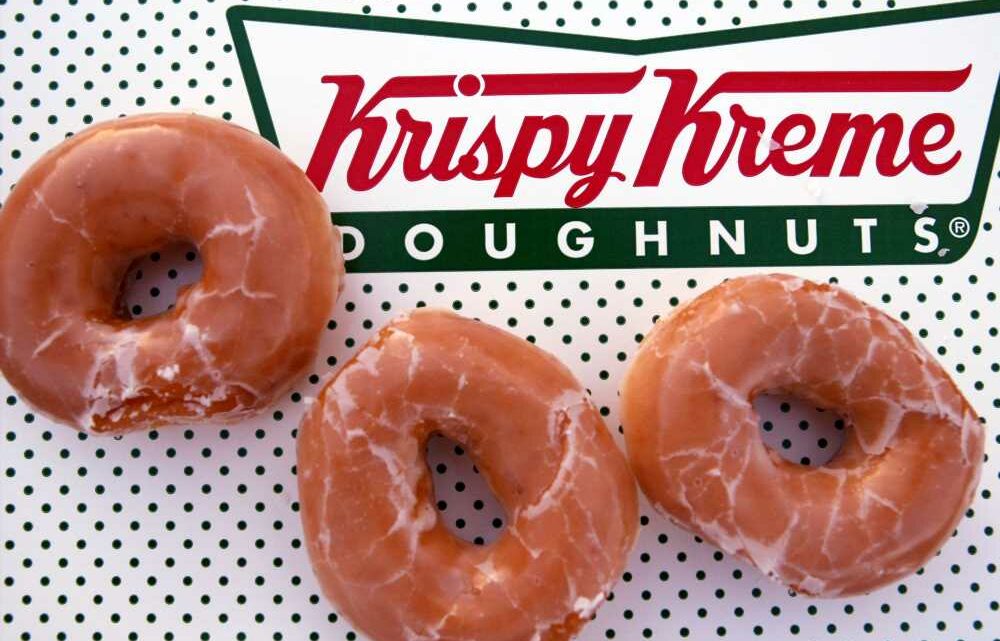 Krispy Kreme shares fell 4 percent in a tepid Nasdaq debut Thursday, valuing the maker of the “Original Glazed” doughnut at $2.62 billion in its return to the stock market five years after it was taken private.

The stock opened at $16.30, lower than its $17 initial public offering price.

Krispy Kreme had priced its offering of 29.4 million shares well below the planned range of $21 to $24 per share to raise $500 million, indicating weak response from investors during one of the busiest weeks for market debuts in the United States.

Krispy Kreme’s late founder Vernon Rudolph made the chain’s first doughnut in 1937 with ingredients he borrowed from a local grocer after spending his last $25 renting a building in what is now called Old Salem.

The first doughnuts were delivered to be sold to a local grocery after Rudolph took the back seat out of his 1936 Pontiac and installed a delivery rack.

He later had to cut a hole in the wall to set up a retail outlet to sell directly to customers seeking hot doughnuts.

Krispy Kreme now has roughly 1,400 retail shops in 33 countries and also sells at about 12,000 grocery, convenience and mass merchant stores in the United States.

The company was taken private by JAB Holding in a $1.35 billion deal in 2016, when the investment firm was ramping up its bets on coffee and restaurant businesses.

Caroline Crouch's husband 'smuggled drugs, killed when she found out'