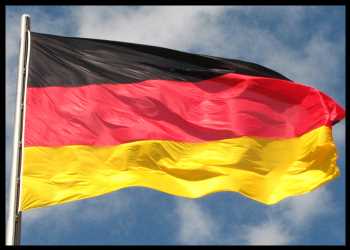 Germany’s business sentiment strengthened to a two-year high in May as the lifting of restrictions related to the Covid-19 boosted expectations among managers, survey data from the ifo Institute revealed on Tuesday.

However, data released earlier in the day showed that the largest euro area economy contracted slightly more than initially estimated in the first quarter.

The business confidence index rose to 99.2 in May from 96.6 in the previous month. This was the highest value since May 2019. The reading was also above economists’ forecast of 98.2.

Gross domestic product fell 1.8 percent sequentially in the first quarter, in contrast to the 0.5 percent expansion seen in the fourth quarter, Destatis reported. The sequential decline was revised from -1.7 percent estimated on April 30.

On an unadjusted basis, the annual decline in GDP deepened to 3.4 percent from 2.3 percent in the fourth quarter. The rate was revised from -3.3 percent.

The calendar-adjusted GDP dropped 3.1 percent on year, following a 3.3 percent decline a quarter ago. According to flash estimate, GDP was down 3 percent.

The strong May reading of the Ifo index shows that optimism about a strong economic rebound is spreading, Carsten Brzeski, an ING economist, said. Brzeski expects private consumption and the construction sector to be the main drivers of growth in the second quarter.

In the first quarter of 2021, positive impetus came primarily from construction investments, which rose by 1.1 percent. A little less was invested in equipment – mainly machines, devices and vehicles, down 0.2 percent.

Imports of goods and services rose 3.8 percent in the first quarter but significantly more than exports, which gained only 1.8 percent.

The ifo survey showed that companies were more satisfied with their current business situation in May. They were also more optimistic regarding the coming months.

The current conditions index came in at 95.7 in May versus 94.2 in the previous month and the expected reading of 95.5.

In manufacturing, business confidence rose only slightly in May as expectations took a major knock, but remained positive. Meanwhile, companies were again markedly more satisfied with their current business.

In the service sector, business sentiment climbed to its highest value since February 2020 as a result of much more optimistic expectations. Assessments of the current situation also improved, with optimism returning to hospitality and tourism in particular.