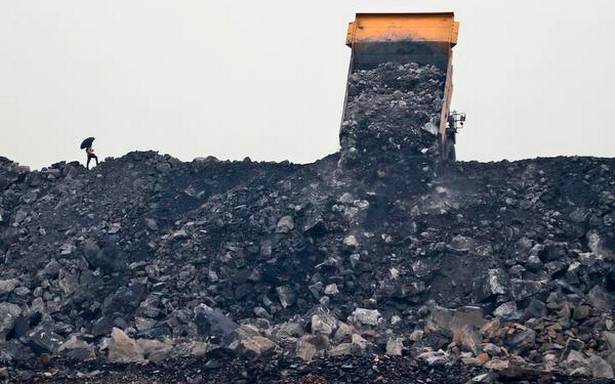 Explained | What is the extent of India’s coal crisis?

Has domestic production stagnated? Why is supply insufficient? How are power companies placed?

The story so far: India could be on the verge of a power crisis as the stock of coal held by the country’s thermal power plants has hit critically low levels. Many power plants are operating with zero reserve stock or with stocks that could last just a few days. Some States have witnessed partial load-shedding aimed at saving power. Finance Minister Nirmala Sitharaman, however, is reported to have termed worries about a possible shortage of coal and power supplies “absolutely baseless” and is said to have asserted during the course of a trip to the U.S. that India is now a power-surplus country.

How bad is the problem?

According to data released by the Central Electricity Authority, as of Wednesday, India’s 135 thermal power plants overall had on average coal stock that would last just four days. In all, 112 of the 135 power plants are operating with stocks that are at critical or super-critical levels. The government usually mandates the power plants to hold stocks that would last at least two weeks. It has, however, reduced this requirement to 10 days now to avoid hoarding and ensure more equitable distribution of coal among the plants. India relies on coal to meet over 70% of its power needs, and Coal India Limited (CIL) supplies over 80% of the total coal. The current coal crisis comes amid a broader energy crisis across the world with the prices of natural gas, coal and oil rising sharply in the international market.

Many factors have been blamed for the insufficient supply of coal this year. These include short-term issues like flooding in coal-mining areas, transport issues, labour disruptions in major coal-mining countries and the sudden rise in power demand as the economy revives from the pandemic. But it should be noted that deeper structural problems have plagued the power industry in general for long. Populist politics has ensured that the price that many consumers pay for power is not commensurate with the production costs. In FY19, for instance, the revenues of distribution companies covered only about 70% of their total costs. This has discouraged private investment in power generation and distribution even as the demand for power continues to rise each year. It has also increased the debt burden on public sector distribution companies as they have not been compensated for the losses they incur while selling power at subsidised rates. According to the credit rating agency ICRA, the consolidated debt of public sector distribution companies is expected to hit ₹ 6 trillion in FY22.

It should also be noted that the mining of raw materials such as coal is nearly monopolised by public sector companies like CIL that are not run primarily for profits. In fact, CIL has kept the price of its coal low even as international prices have risen significantly this year. It has also been forced to share some of the pain of power generation and distribution companies.

According to the government, indebted power generators and distributors owe over ₹21,000 crore to CIL. So, overall, there is very little financial incentive that major producers across the supply chain, including miners, possess to ramp up production.

In recent years, many countries have been trying to cut down on their fossil fuel consumption in order to meet emission targets. But with the current energy crunch, which is prevalent not just in India, fossil fuels are likely to make a strong comeback. India and China, the top two consumers of coal in the world, are expected to further increase production of fossil fuels. The Indian government has been pushing CIL to ramp up production to meet the rising demand and cut down on the country’s reliance on imported coal. However, it is expected to ease restrictions on imported coal in the near future to tide over the crisis. The government last week mandated the thermal power plants to blend imported coal with domestic coal up to a limit of 10%. Meanwhile, China, which consumes half of the world’s coal output and has committed itself to reducing its carbon emissions by 65% by 2030, is set to install more coal-powered power plants to meet its rising energy needs. Structural problems that have plagued the Indian power industry, however, are unlikely to be resolved anytime soon. Allowing the price that consumers pay for power to be determined by market forces is likely to remain politically unpopular, so fundamental pricing reform is unlikely. But with coal selling at high prices in the international market and CIL unable to meet production targets, many power generators may be unable to increase their output unless they are allowed to price their output freely.