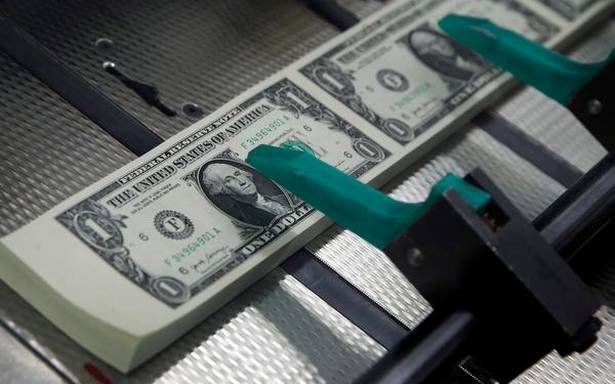 While some support idea, others term it a gimmick

The story so far: The bipartisan fight between U.S. Democrats and Republicans over the ceiling on U.S. Government debt has thrown up an interesting idea. Some in the Democratic camp have suggested that a $1 trillion platinum coin may be issued to bypass the debt ceiling if Republicans refuse to raise it. U.S. Senators reached a compromise on Thursday, which will allow the U.S. Government to meet its spending obligations till December. However, the bipartisan fight over the debt ceiling looks far from over.

What is the debt ceiling?

The U.S. Congress limits the total amount of debt that the U.S. Government can borrow to finance its spending. The debt ceiling has been gradually raised over the decades, from around $4 trillion in the early 1990s to $28.4 trillion in August, 2021. U.S. Governments generally run a budget deficit, that is, their expenditure exceeds their revenues, which forces them to borrow. The debt ceiling is supposed to serve as a check on government borrowing by forcing the government to live within its means.

Quarrels over the U.S. debt ceiling are common as both Republicans and Democrats tend to impede the raising of the ceiling when the other party is in power. This causes trouble for the incumbent government, which is left to scramble for money and possibly even default on existing debt if it fails. Republicans right now are opposing President Joe Biden’s plan to spend $3.5 trillion on various social programmes. They argue that raising the debt ceiling to fund the plan would worsen the situation and lead to higher inflation.

What is the $1 trillion platinum coin proposal?

The $1 trillion platinum coin is a token coin with a face value of $1 trillion that can be issued by the U.S. Treasury and deposited at the U.S. Federal Reserve, America’s central bank. It will help the U.S. Government to get from the Fed the money that it needs to fund its spending programmes without increasing its overall liabilities. Here’s how it works. Usually, when the U.S. Government wants to borrow money, it issues Treasury bonds to investors. These bonds are then purchased by the Fed in the secondary market, where they are traded actively. The Fed thus indirectly finances the government. But the issuance of these bonds also increases the government’s overall debt figure. This, in turn, could cause a breach of the debt ceiling unless the Treasury simultaneously retires bonds of equal value by paying back investors. With the $1 trillion platinum coin, however, the U.S. Government won’t have to worry about breaching the debt ceiling. Receiving dollars from the Fed in exchange for the coin will not increase the government’s liabilities.

The platinum coin proposal exploits a loophole in the law that allows the U.S. Treasury to issue platinum coins of any denomination regardless of the actual platinum content of these coins, so much so that some have suggested minting a $1 quadrillion coin. The U.S. Treasury can thus mint a platinum coin of any denomination it wishes and demand an equivalent sum of dollars from the central bank. Gold and silver coins, on the other hand, can be issued only in certain denominations and, more importantly, need to contain a certain weight of gold. This severely limits the amount of dollars the Treasury can demand from the Fed. Nobel laureate Paul Krugman and financial journalist Joe Weisenthal have been at the forefront of the movement in support of the platinum coin proposal. U.S. Treasury Secretary Janet Yellen, however, has ruled out the idea, terming it a “gimmick”.

Will it lead to inflation?

Inflation has been a major cause of worry in the U.S. since the Fed started pumping trillions of dollars into the economy last year to tackle the economic slump due to the Covid-19 lockdown. Many believe that the $1 trillion platinum coin proposal will further increase the total money supply in the economy and lead to a rise in prices. To be more precise, they argue that the Fed will create fresh dollars in return for the platinum coin deposited by the Treasury and that this will add significantly to the overall money supply. Without a sufficient rise in the overall supply of goods and services in the economy, this can lead to higher prices if people opt to spend rather than hoard the fresh money supplied by the Fed.

Supporters of the platinum coin proposal, however, say that the Fed, when it credits the Treasury with $1 trillion worth of fresh dollars, will simultaneously sell U.S. Government bonds worth $1 trillion from its holdings in the open market. This will suck money worth $1 trillion out of the economy and prevent inflation. Other critics, however, point out that bypassing the debt ceiling through such tricks will come at the cost of fiscal discipline. American fiscal conservatives, in particular, have been wary of the influence of modern monetary theory (MMT) in the debt ceiling debate. MMT enthusiasts believe that there is no reason to worry about government debt as it can be easily paid off using fresh dollars created by the Fed. But this will lead to the blurring of the line that separates the government and the central bank and can lead to more reckless spending by short-sighted politicians, critics of MMT believe.

Prostitute, 29, is kicked out of council house for 'working from home'