Europe’s trailblazing carbon border levy is facing a decidedly soft launch. When the European Commission’s climate tsar Frans Timmermans outlines on Wednesday how he plans to cut bloc-wide emissions 55% by 2030, a tax on dirty imports will be a key component. But it will likely be a fudge.

With carbon prices having more than doubled to 52 euros a tonne since November, the levy, officially called a carbon border adjustment mechanism, should be a blessing for Europe’s industrial groups. A 60 euro per tonne carbon price would leave the cement sector alone facing a cumulative 12 billion euro bill by 2030, according to JPMorgan. That’s because the bloc’s companies must offset their carbon emissions by buying permits via the European Union’s Emissions Trading System (ETS), which Timmermans will this week expand. Without an equivalent tariff on imports, overseas firms not exposed to the rising cost of carbon would undercut European companies.

Yet a carbon levy comes with a quid pro quo that many big companies don’t like. For the last 15 years, industrial sectors like cement have received protection from foreign competition by being handed free ETS permits. With a carbon tariff in place, these become superfluous and will therefore be stopped. If this happens by 2026, the cumulative 2030 bill for the cement industry might jump to 41 billion euros, JPMorgan reckons. Offsetting that would require unrealistic price increases and raise the risk of job cuts. 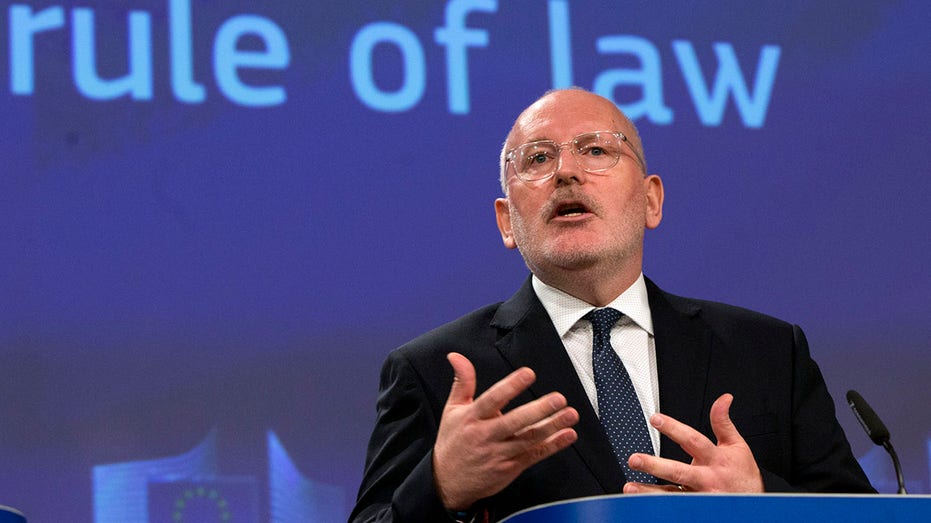 There are other reasons for Timmermans to tread carefully. A carbon border levy will hit trade partners like Russia and Turkey, who might retaliate. Emerging markets like India have labeled it discriminatory. And too radical a package would almost certainly be gutted by European politicians.

Wednesday’s package is therefore likely to pull its punches. According to one draft, the border levy will only raise 10 billion euros annually and won’t kick in until 2025. Moreover, European companies will likely keep getting free ETS permits for a decade after that. That could keep the price of carbon, vital to bring down emissions, lower than it otherwise would be. And any deal that penalizes foreign companies but lets domestic ones hang on to subsidies could fall foul of World Trade Organization rules. Still, the true importance of Europe’s carbon border levy is to set a precedent for others like the United States to follow. That probably justifies a bathetic debut.