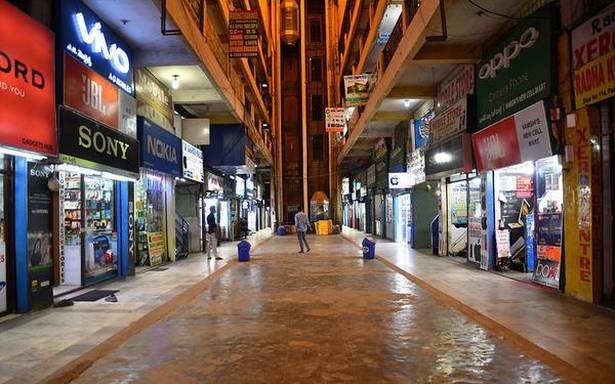 India’s ‘escalating’ second wave of COVID-19 infections poses serious downside risks to the economy and heightens the possibility of business disruptions in addition to ‘the substantial loss of life and significant humanitarian concerns’, S&P Global Ratings said on Wednesday.

While S&P said it may revisit its 11% growth projection for this year, rating agency ICRA said that the rise in infections was dampening the economic recovery with several indicators losing momentum in April.

“A drawn-out COVID-19 outbreak will impede India’s economic recovery,” S&P said in a statement. “This may prompt us to revise our base-case assumption of 11% growth over fiscal 2021/2022, particularly if the government is forced to reimpose broad containment measures. The country already faces a permanent loss of output versus its pre-pandemic path, suggesting a long-term production deficit equivalent to about 10% of GDP (gross domestic product),” the global rating agency warned.

Stressing that the pace and scale of the post-crisis recovery would have important implications for India’s sovereign credit rating, S&P said that strong economic growth would be critical to sustain the government’s aggressive fiscal stance and stabilise its high debt stock relative to GDP.

“The continuing resurgence in COVID-19 cases and proliferation of localised restrictions could dampen the pace of recovery for the Indian corporate sector,” ICRA said in a report titled ‘Indian economy – Vaccinated against COVID-19?’. With sentiment souring, there may be some loss of demand in the first half, particularly in contact-intensive sectors, said Aditi Nayar, chief economist at ICRA.

The Indian rating agency also underlined that the actual pace of the vaccine roll-out to the wider adult population would impact sentiment and growth. “An earlier availability of vaccine imports, enabling a faster coverage of the vaccination drive, may offer a back-ended upside to the GDP growth in FY2022, after the disruption that may emerge in the near term,” it said.

Economist D.K. Srivastava cautioned that failure to rein in the surge in cases soon would worsen the adverse impact on the economy.

“The longer the second wave lasts, the more severe would be the adverse impact on the economy ,” said Mr Srivastava, chief policy advisor at EY India. “There would be a race between the pace of COVID vaccination vis-à-vis the speed at which COVID-19 including its new mutants spread,” he added.