Hi Nicole, I am forwarding you an e-mail I sent to ANZ recently. Do you have any thoughts about this? “Recently I noticed some interest charges for cash advances on my credit card. Since I have not received a cash advance on a credit card since the day my father died in 1988, I rang to find out what had happened. The amounts are trifling: 29 cents and 13 cents. The very helpful young women informed me that I had been charged because money paid for gambling was considered a cash advance. She said it is in the terms and conditions. This made me very cross. There are three reasons for this. First: How dare ANZ make judgements about my gambling “habit”? Second: The two instances mentioned were because I bought tickets in a prize home for the Endeavour Foundation, which is a charity supporting people with Down Syndrome. I have been buying these tickets for 30-plus years. Third: When I actually do gamble, the Lotto tickets aren’t charged because I buy them at a newsagent and these are registered as gift shops or newsagents. Another charity I support is Royal Melbourne Hospital. This year I bought $500 worth of tickets. Next year I will reconsider my support. As far as I am concerned, this is a cynical way of getting revenue wrapped in some sort of 'moral' coat." Sincerely, Bev.

Bev you make some really interesting points… but this is a tricky one. 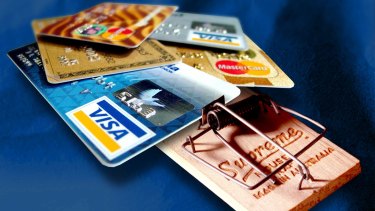 The Australian Banking Association is taking public submissions on the ability to gamble on credit cards,Credit:Karl Hilzinger

Most people would acknowledge that problem gambling tears apart not just finances but often families.

These measures by the banks to restrict such behaviour, which may be an addiction for the person involved, are standard. Any spending on credit that is deemed gambling has for several years now been subject to the higher cash advance interest rate – with no interest-free days – as a deterrent.

Do financial institutions make more money from this? Yes. Does it fix a problem? Probably not.

And as you outline, the application of the regulations are hit and miss. Indeed, it could also depress prize home-style fundraising by charities.

But I’ll venture the issue will be resolved soon – by a complete ban on all forms of gambling on credit.

It is already prohibited to use credit or to get an actual cash advance at a gambling establishment and most credit-card providers allow "customer-directed" blocks on this spending.

A complete credit-card gambling ban comes into effect in the U.K. in April and the Australian Banking Association is taking public submissions on the ability to gamble on credit cards here.

Already there are institutions that don’t permit gambling on their credit cards – Macquarie Bank, Citibank, Suncorp, Bank of Queensland, Virgin Money and American Express among them.

For its part, a little more than a year ago – while copping Royal Commission heat – ANZ introduced a cap on what proportion of a card’s limit you can use for gambling: a curiously high 85 per cent.

As the ABA says in its review statement: “Online gambling creates an environment in which people can gamble at any time, in any place, and in a ‘cashless’ way which can distance the person gambling from the money which is being spent.”

Of course, if you use your own money – either cash or a debit card – you can spend it as you will.

ABCs of trade: If it can’t be made in America, it should be made anywhere but China

Ethereum is “Beyond Bullish” if it Closes Above This Single Level

Cryptocurrency Explained on the Latest Episode of The Simpsons
Blockchain