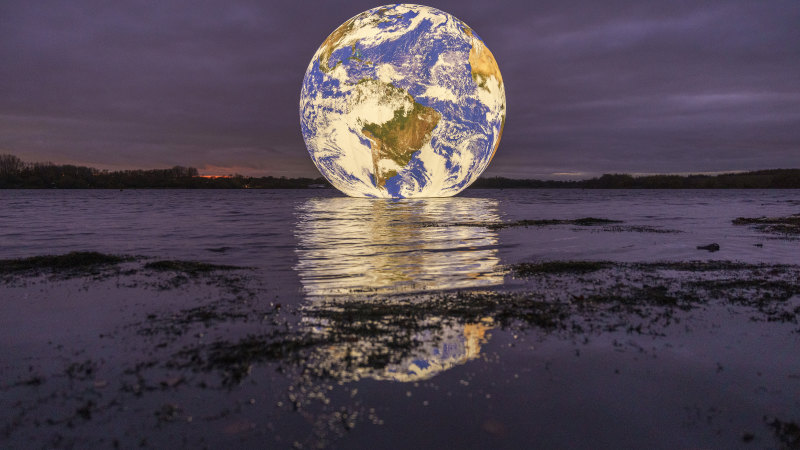 Coming down to Earth: The economy’s not as strong as we’ve been led to believe

The main message from this week’s “national accounts” is that the economy isn’t nearly as Strong – Strong with a capital S – as Scott Morrison and Josh Frydenberg unceasingly claimed it was during the election campaign. In truth, it’s coming down to Earth.

According to the Australian Bureau of Statistics, real gross domestic product – the nation’s total production of goods and services – grew by 0.8 per cent during the three months to the end of March, to be up 3.3 per cent over the year.

Almost to a person, the business economists said – and the media echoed – this was “higher than expected”. But that just meant it was a fraction higher than they’d forecast a day or two before the announcement, once most of the building blocks for the figure had been revealed. 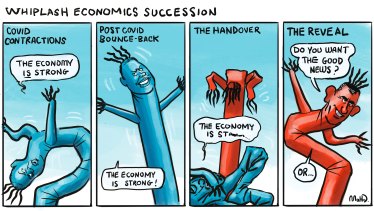 But as new Treasurer Dr Jim Chalmers has revealed, when Treasury was preparing its forecasts for the March 29 budget, it forecast growth of not 0.8 per cent for the quarter, but 1.8 per cent. Now that would have been strong.

True, if you compound 0.8 per cent, you get an annualised rate of 3.3 per cent. And that’s a lot higher than our average annual growth rate over the past decade of about 2.3 per cent.

But it’s high because the economy’s still completing its bounce-back from the two pandemic lockdowns when most people gained more income than they were allowed to go out and spend.

In other words, it’s a catch-up following highly unusual circumstances, which will stop once everyone’s caught up. It’s not an indication of what we can expect “going forward” as businesspeople love saying.

If you delve into what produced that 0.8 per cent result, you see we’re probably only a quarter or two away from returning to a much less Strong quarterly growth rate. Indeed, until we’ve fixed our problem of chronic weak wage growth, it’s likely to be quite Weak growth.

Growth during the quarter was led by a 1.5 per cent rise in consumer spending, which contributed 0.8 percentage points to the overall growth in real GDP. Pretty good, eh? Well, not really. Turns out real household disposable income actually fell by 0.9 per cent.

So the growth in consumer spending came from a 2 percentage-point fall in the rate of household saving during the quarter, to 11.4 per cent. Household saving leapt during the two lockdowns, from its pre-pandemic level of about 7 per cent.

This suggests it won’t be long before this honey pot’s been licked out. Note too, that consumer spending was very strong in the states still rebounding from last year’s lockdown – Victoria, NSW and the ACT – and particularly weak in the other states.

An economy whose strength comes from cutting its workers’ wages won’t stay strong for long.

Why did real household disposable income fall during the quarter? Because real wages fell. The more they continue falling – as seems likely – the more continued growth in consumer spending will depend on households continuing to cut their saving. Sound sustainable to you?

The other big contributor to growth, of 1 percentage point, came from an increase in the inventories held by retailers and other businesses, caused by an easing of pandemic-related shortages of certain imported goods, including cars.

This is a sign of the economy returning to normal, but it’s a once-only adjustment, not a growth contribution that will continue quarter after quarter.

The third growth factor was a huge 2.7 per cent increase in government consumption spending, contributing 0.6 percentage points to overall growth.

Where did it come from? From increased health spending required by the Omicron variant and spending to help people affected by the floods in NSW and Queensland. Again, not something that will be happening every quarter – we hope.

With those three positive contributions adding up to a lot more than the final 0.8 per cent, there must have been some big negative contributions. Just one, actually. Net exports – exports minus imports – subtracted 1.7 percentage points.

The volume (quantity) of exports fell by 0.9 per cent, thus subtracting 0.2 percentage points from growth – mainly because the floods disrupted mineral exports.

The volume of imports jumped by 8.1 per cent, subtracting 1.5 percentage points from overall growth. Another sign of the economy returning to normal, with pandemic disruption easing and imports of cars (and their chips) resuming. Another once-off.

So, what else happened in the quarter? New home building activity fell by 1 per cent. The pipeline of new homes built up by lockdown-related government stimulus still contains homes yet to emerge, but the output has faltered because the industry’s at full capacity, with shortages of labour and materials. 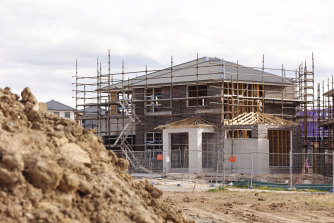 Even so, with interest rates rising and house prices falling, you wouldn’t expect too many new building projects to be entering the pipeline. Housing won’t be a big part of the growth story “going forward”.

Business investment spending – mainly on plant and equipment – grew by 1.4 per cent during the quarter and by 3.6 per cent over the year. It will need to grow a lot faster than that if it’s to be a big part of the growth story.

The quarter saw the share of national income going to wages continuing to fall, while the share going to profits rose to a record high of 31.1 per cent.

On the face of it, that says the workers are being robbed. But the factors moving the respective shares are more complicated than that. For instance, all the growth in company profits during the quarter was from the mining industry. Coal, gas and iron ore commodity prices have jumped.

But a much less debatable indication that businesses are doing well at the expense of their employees comes from the 2 per cent fall in “real unit labour costs” – real labour costs per unit of production – fell by 2 per cent during the quarter, and by 6 per cent since the start of the pandemic.

An economy whose strength comes from cutting its workers’ wages won’t stay Strong for long.

Ross Gittins is the economics editor