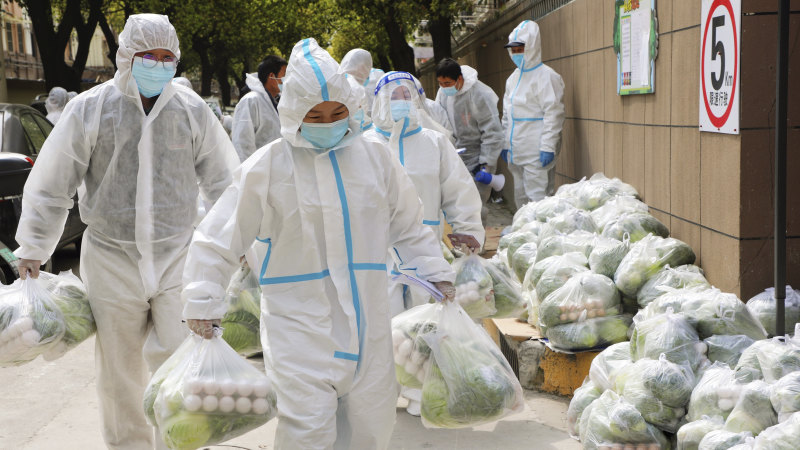 We thought it was all over, or at least that there were rather bigger things to worry about. Sadly, this turns out to be far from the case.

Record levels of infection, cancelled flights, chaos at airports, continued very high levels of staff absenteeism, long delays in almost every process involving the public sector, and in China some of the harshest lockdowns yet imposed; it all says that COVID is still very much with us, casting a long shadow over both the domestic and global economies. 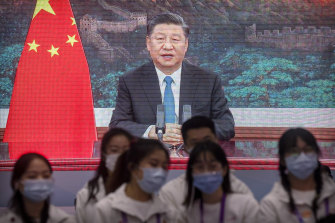 China’s economy is under increasing pressure.Credit:AP

Try as we might to put the pandemic behind us, it keeps on coming back.

With mass vaccination, we may have grown less fearful of the disease, but in all manner of ways COVID continues to prove an extraordinarily destructive influence.

Looking for the root causes of today’s cost-of-living squeeze, for instance, they lie very much in the after effects of the pandemic, or rather the lockdown strategies that policymakers used to contain the disease.

Putin’s invasion has made things worse, and ensured that elevated inflation persists for longer, but it was lockdown and the monetary policies that accompanied it that gave today’s inflationary forces wings.

The energy price shock – the result of pent-up demand held back by more than a year of on/off COVID restrictions meeting supply which had been similarly pared back by the involuntary savings of the pandemic – is now being compounded by a goods price shock, as Chinese production is once again poleaxed by the strictures of stay at home lockdown in Shanghai and beyond.

For the world economy, long COVID is becoming a brutal and debilitating reality.

Britain has led from the front in removing social distancing restrictions, having rightly taken the view that once everyone who can and wants to be vaccinated has had that chance, then the Government has essentially fulfilled its public health duties and should stand aside. Unfortunately, simply removing the restrictions doesn’t automatically return things to the way they were.

The airline industry is a classic case in point. Having been deprived of the opportunity for much of the last two years, seemingly everyone is now desperate to travel.

Yet airlines and airports have substantially cut back on staff since the pandemic began, and are therefore in no position to fully service the explosion in demand. High infection rates have compounded the problem with rampant absenteeism. 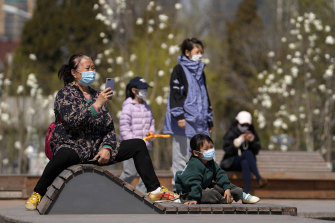 China’s renewed COVID struggles are a reminder of the brutal economic reality that is ahead.Credit:AP

What’s true of the airline industry is substantially mirrored in the economy as a whole. The decision both to end free testing and add another nine symptoms to the warning signs of COVID is almost bound to make the problem worse still.

I hesitate to write that the pandemic has created a skivers’ charter, but sometimes it seems that way.

Work mentalities have shifted; people want work that fits in with their lives, not to arrange their lives around their work, which is how it used to be.

It would be nice to think that this change will help drive higher levels of productivity, but I wouldn’t bet on it.

One rather pleasing aftershock is the apparently buoyant jobs market. I say “apparently” because the primary reason employment looks so good is that the pandemic has caused many people to rethink their lives and quit the workforce altogether.

Whether what has been called in the US the “Great Resignation” survives contact with the cost-of-living crisis remains to be seen.

Few of us have the luxury of being able to choose not to work for very long. Yet for now it is keeping wage increases higher than they would otherwise be, which in turn adds further fuel to today’s inflation.

Rewind to the origins of the spike in energy prices – with spending on going out greatly curtailed by social distancing restrictions, consumer demand became heavily focused on goods instead.

For the world economy, long COVID is becoming a brutal and debilitating reality.

Chinese factories went into overdrive to satisfy the shoppers, burning energy like there was no tomorrow.

Now we have a different kind of problem, with Chinese production and shipments severely disrupted by some of the most draconian lockdowns since the start of the pandemic.

These appear driven as much by dogma as by the demands of the highly infectious omicron variant; Chinese belief in the country’s innate superiority has been strongly on the rise ever since the financial crisis, which brought discredit to western economies, and bolstered China’s confidence in its own autocratic systems of governance.

“You were my teacher”, Wang Qishan, a Chinese vice premier, reportedly told Hank Paulson, US Treasury Secretary at the time of the crisis, “but now here I am in my teacher’s domain, and look at your system, Hank. We aren’t sure we should be learning from you anymore.”

That same narrative has strongly influenced Beijing’s approach to COVID, where a relatively insignificant infection and death rate is routinely contrasted with an apparently chaotic western response which has seen citizens die in their hundreds of thousands. 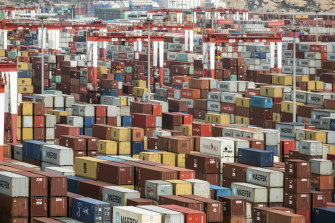 Chinese production and shipments have been severely disrupted by some of the most draconian lockdowns since the start of the pandemic.Credit:Bloomberg

As Europe and the US sunk beneath repeated waves of the virus, China broadcast pictures of giant water parties in Wuhan, where zero COVID policies had apparently returned things to normal.

The boot is now on the other foot, only Beijing cannot admit as much either to its own people or itself.

“China’s remarkable institutional advantages and strong national strength have been fully demonstrated in the fight against the pandemic”, the People’s Daily wrote last week without apparent irony as the residents of Shanghai resigned themselves to the prospect of renewed imprisonment in their own homes.

Chinese vaccines have proved relatively ineffective, and unbelievably almost a half of the over eighties have not been fully vaccinated anyway, leaving little option but to respond with renewed social distancing measures.

There is a certain justice in China getting its comeuppance, given its previous triumphalism and culpable as it was in the origins of the pandemic.

Best not to celebrate, though. China’s travails just make our own return to normality that much more difficult.

The pandemic may have been eclipsed by events in Ukraine, but its after effects will be with us for a long time to come.

SpaceX launched at least 40 satellites last week. Here's why that could be a problem
Technology