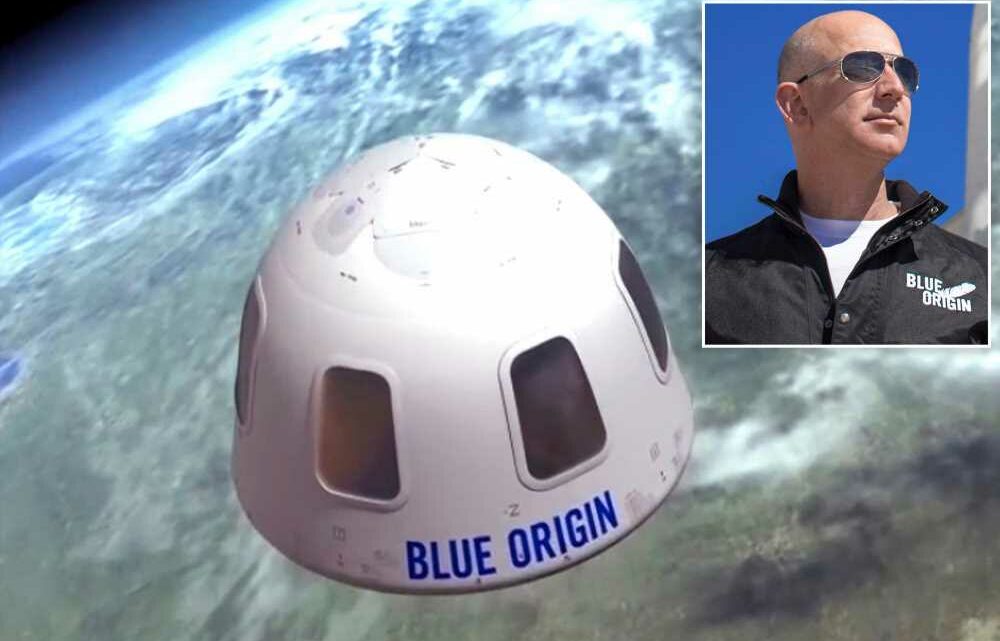 One small step for Jeff: Bezos to become first billionaire in space with flight next month

Virgin Galactic to fly researcher to space to conduct experiments

Bidding for a seat on Blue Origin’s first passenger flight to space next month hit $3.5 million on Tuesday — one day after billionaire founder Jeff Bezos announced he and his brother will join the auction winner on the journey.

The flight to the edge of space, set for July 20, has lured about 6,000 bids from more than 140 countries, according to Blue Origin.

The space tourism company kicked off the auction last month. Bidding will end with a live auction on Saturday.

The highest bid stood at $2.8 million before Bezos, the richest man in the world with a net worth of about $187 billion, announced he, too, will be a passenger.

The winning bid amount will be donated to Blue Origin’s foundation, Club for the Future, the company said. The foundation tries to encourage kids to pursue careers in STEM, specifically the future of life in space.

The system is designed to carry as many as six people at a time on a sub-orbital ride to space. The capsule has huge windows that give passengers a gaping view of Earth. Passengers will spend a few minutes in zero gravity before returning to Earth.

The Amazon founder made his surprise announcement that he will join the auction winner on Monday morning, sparking global interest in the July 20 flight. The aircraft takes off about two weeks after he’s set to resign as CEO of Amazon.

“Ever since I was five years old, I’ve dreamed of traveling to space,” the Amazon founder said Monday on Instagram. “On July 20th, I will take that journey with my brother. The greatest adventure, with my best friend.”

The trip would make Bezos the first of the billionaire space tycoons to travel to space through their own companies. Elon Musk, founder and CEO of SpaceX, and Richard Branson, founder of Virgin Galactic, have yet to ride with their companies to space.

Musk has spoken before about traveling to space with his company but has not yet given a firm timeline.

Branson, whose Virgin Galactic wants to compete directly with Blue Origin in the space tourism sector, has spoken often about his plans to be among the first of his company’s passengers to space. But delays have seen Virgin Galactic’s earliest expected passenger flights pushed to later this year.