It plays like a scene out of the movie Groundhog Day, but the Financy Women’s Index September quarter report found inequalities in the workforce may take up to 37 years to resolve and nearly 200 years to achieve gender balance in unpaid work. 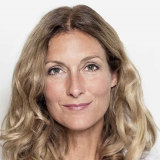 It’s a startling timeframe made real by the inability of employers to catch up to gender equality. That’s because “many employers adhere to gender stereotypes that require women to juggle being more like the traditional man at work, and woman at home,” according to Bianca Harge-Hazelman, founder of the Financy Women’s Index.

“What’s needed is an Australian workforce that truly supports both genders, without the conscious or unconscious penalty for difference.”

It’s a bias I often encounter when I’m meeting with a couple about to have their first child.

The argument given by the couple when they talk about the female partner having a large amount of time off work is that childcare takes up such a large percentage of her wage, her going back to work "isn’t worth it".

Interestingly, when I reframe the cost of childcare to be a percentage of the couple’s total wage, instead of just the woman’s wage, the couple are surprised they have never considered this alternative. That’s because, while men are offered paternity leave by more employers, they are not encouraged to take it. And the unconscious bias is still that the cost of childcare is a percentage of the woman’s wage.

But as the Financy Women’s Index shows, career breaks aren’t the only reason for economic inequality in Australia. Financial disadvantage starts early. We see it in 15-year-old girls with gender gaps in unpaid and paid work and widens the longer a woman stays in the workforce.

A gap as wide as that needs big ideas and Harge-Hazelman offers in her report, 10 big ideas to reduce this gap. They include:

♦  Integrating financial education into the school curriculum at senior-year stages.

♦  Media and school campaigns that promote gender equality in unpaid caring and housework, such as “doing your fair share”, “it’s all not women’s work,” and “share the load on parenting.”

♦  Targets for all ASX company boards on gender equality and female representation.

♦  Government support for media campaigns that recognises the signs of elderly financial abuse as a form of domestic violence.

♦  Leverage the use of technologies by financial institutions, such as super funds, to encourage women to change behaviours, such as top up their super.

♦  Government-led programs that help support and celebrate men in a gender equality society.

♦  Government program to highlight the benefits to employers in offering wider, non-gendered flexible working arrangements for parents on career breaks, and for parents looking to return to work after such breaks.

We can beat our chests and talk about why we’re not closer to achieving financial parity between men and women or we can do something about it. Surely this list is a great place to start.

Blockchain Will Be Most In-Demand Hard Skill in 2020: LinkedIn
Technology