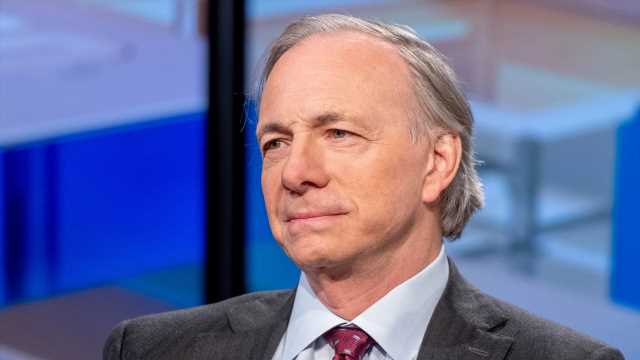 The founder and chief investment officer of Bridgewater Associates, the world’s largest hedge fund firm, has clarified his view on bitcoin and cryptocurrency. Ray Dalio also reveals that he and his colleagues at Bridgewater “are intently focusing on alternative storehold of wealth assets.”

Ray Dalio, founder and chief investment officer of Bridgewater, has clarified his view on bitcoin and revealed what his company has in store for cryptocurrency. With about $140 billion in assets under management, his hedge fund is the largest in the world. AICIO Magazine and Wired Magazine have called Dalio the “Steve Jobs of Investing,” and TIME Magazine has named him one of the 100 Most Influential People.

In a research note published on the Bridgewater Associates’ website on Thursday, Dalio wrote: “I am writing this to clarify what I think of bitcoin. Please pay attention to what I am saying here and not what those in the media are saying I said because this is reliable.”

He began by admitting that he is not an expert on bitcoin or cryptocurrency. “Still, people demand my non-expert assessment of bitcoin and clarifications in my own words are better than distortions in the media so here it goes, presented with the warning not to rely on it,” Dalio declared, elaborating:

I believe bitcoin is one hell of an invention. To have invented a new type of money via a system that is programmed into a computer and that has worked for around 10 years and is rapidly gaining popularity as both a type of money and a storehold of wealth is an amazing accomplishment.

Emphasizing the current need for “alternative gold-like assets,” Dalio asserted that “Because there aren’t many of these gold-like storehold of wealth assets that can be held in privacy and because the sizes of their markets are relatively small, there exists the possibility that bitcoin and its competitors can fill that growing need.”

The Bridgewater founder noted: “It seems to me that bitcoin has succeeded in crossing the line from being a highly speculative idea that could well not be around in short order to probably being around and probably having some value in the future.”

He further said: “I greatly admire how bitcoin has stood the test of 10 years of time, not only in this regard but also in how its technology has been working so well and has not been hacked.” Nonetheless, the Bridgewater executive cautioned that those “holding digital/cyber assets at a time when cyber offense is much more powerful than cyber defense, the cyber risk is a risk that I can’t ignore.”

In conclusion, Dalio said bitcoin looks to him “like a long-duration option on a highly unknown future that I could put an amount of money in that I wouldn’t mind losing about 80% of.” He concluded, “That is what bitcoin looks like to this non-expert. I am eager to be corrected and learn more,” elaborating:

Believe me when I tell you that I and my colleagues at Bridgewater are intently focusing on alternative storehold of wealth assets.

Dalio further revealed: “Expect Bridgewater to soon offer an alt-cash fund and a storehold of wealth fund in order to better deal with the devaluation of money and credit that we consider to be a major risk and opportunity, and bitcoin won’t escape our scrutiny.” The head of Bridgewater clarified that when he uses the word “bitcoin,” he means “bitcoin and its analogous competitors.”

Dalio has recently been talking more about bitcoin. In November, he admitted that he may be wrong about the cryptocurrency but still had doubts. In December, he said bitcoin could be an alternative storehold of wealth to gold.