Last week at the Finance Magnates London Summit, WinMiner was announced as the winner of the DX Exchange Pitch Competition, beating out 11 other remarkable platforms. As a reward, WinMiner’s native token will be listed on DX Exchange, a fully-regulated cryptocurrency exchange that will publicly launch in November. If purchased outright, the listing would have cost $250,000.

WinMiner’s platform allows anyone with unused computing power to mine cryptocurrency with just a few clicks. Using a unique algorithm, the platform “identifies the most profitable coin to mine by your machine at any given moment.” WinMiner can automatically sense when you need to use your computer, and will stop mining; a 3% fee is charged at withdrawal. Its token sale will begin at the end of this month, and the presale is currently live. 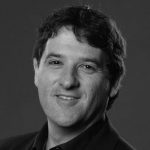 WinMiner Was Chosen for Ease-of-Use, Established Traction with Users

The judges–Daniel Skowronski, CEO of DX Exchange, and Ran Amiran, Director of BD–chose WinMiner because of its focus on its core blockchain technology infrastructure and its rapidly expanding user base, which has more than 200,000 people so far.

“I personally liked the ‘mining’ aspect,” Skowronski told Finance Magnates. “It represents true blockchain technology which seems to be rare these days when you look at all the ICO projects still coming out.” 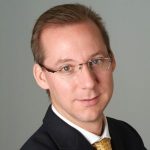 Skowronski also cited the user-friendliness of WinMiner’s platform as one of the reasons they were chosen–”I like how anyone can mine the best coin with ease from their computer and it is all done automatically.”

While the listing on DX may provide WinMiner access to more high-volume and institutional token buyers, Skowronski acknowledged that “the exposure they will receive by listing on any exchange–not just DX–is good for them. It will also allow more of their community members to invest with WinMiner.”

”2 Bad Haircuts in T-shirts and Jeans” 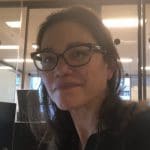 Linda S. Leaney, CFO at GlobCoin.io, noted that their presentation was also delivered with skill, despite the fact that they were “2 bad haircuts in T-shirts and jeans”, and that “they were also in the minority of presenters not being English speakers, which can sometimes be a disadvantage.” 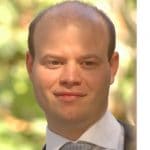 Leaney added that the WinMiner team was “incredibly modest and just sat quietly waiting for their turn to speak and clapping everyone else.” When they presented, “one spoke while the other videoed him on his iPhone and gave him encouraging thumbs up now and again.”

Their modesty paid off. “Their pitch was succinct and clear,” she told Finance Magnates. “It laid out what the product is; how it works; the business model; how the UX feels; and the key was their 200K users so far. This goes way beyond a ‘community’ built possibly just of Social Media followers – this is active engagement.” Leaney added that the sizable userbase had been amassed “just on a couple of posts (Bitcointalk and Youtube) and then word of mouth.”

She also echoed Skowronski’s comments about ease-of-use. “It’s a simple product to understand and use; they have a good variety of coins you can mine easily without specialist equipment; and a realistic business plan.”

“There’s a lot of ‘mining equipment’ on sale for the real enthusiast; this product allows mining of (currently) 40 coins using your own laptop by anyone, anywhere in the world, who can engage in the crypto altcoin revolution easily and gain a modest daily payout for little effort. WINMiner has made the UX as simple as possible.”