Foreign exchange (“FX”) trading activities constitute one of the largest markets in the world, worth billions of euros every day. However, the FX market remains the least regulated and opaque of all financial markets, in which FX rates that influence the value of billions of Euros of assets and investments are allowed to be set by a few firms and individuals.

In September 2013, the European Commission (the “Commission”) started investigating several banks operating in the foreign exchange market for breach of EU anti-trust rules, in particular Article 101 of the Treaty on the Functioning of the European Union and Article 53 of the EEA Agreement that prohibits cartels and other restrictive business practices.  In May 2019, in two settlement decisions, the Commission fined five banks more than Euro 1 billion for participating in spot FX trading cartel for 11 currencies.

The Commission’s investigation revealed that some individual traders in charge of FX trading of these currencies on behalf of the relevant banks exchanged sensitive information and trading plans, and occasionally 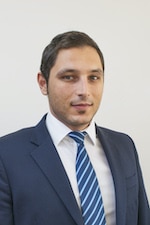 coordinated their trading strategies through various online professional chatrooms.  The infringements occurred between December 2007 and January 2013.  The Commissioner in charge of competition policy, Margrethe Vestager, said that “these cartel decisions send a clear message that the Commission will not tolerate collusive behaviour in any sector of the financial markets. The behaviour of these banks undermined the integrity of the sector at the expense of the European economy and consumers”.

The Market Abuse Regulation (MAR), which applied from 3 July 2016, contains a review clause requiring the Commission to present a report to the European Parliament and the Council to assess various provisions of MAR.  The scope of application of MAR as defined by Article 2 does not include spot FX contracts.

Given the size of the spot FX market and the issues being encountered, the Commission mandated ESMA to consider whether there is a need for that market to be covered by the market abuse regime, whether the national competent authorities have the necessary regulatory tools to effectively and efficiently supervise and sanction market abuse on spot FX markets and whether extending the scope of MAR to these markets would prove to be the most appropriate way of remedying supervisory gaps if any exist.

On 23 September 2020, following a public consultation, ESMA published its final recommendations in its MAR Review report.  ESMA took several factors into consideration like the possible regulatory gap due to the absence of regulatory coverage in the EU, the structural changes needed, particularly the transparency and conduct requirements, and the reporting obligation under MiFID II/MiFIR. Key concepts of MAR would also need to be adjusted, for example, the definition of the ‘issuer’ for spot FX contracts. Additionally, special care would need to be given on the coordination required between the EU and other jurisdictions concerning the exchange of information.

ESMA settled on its final view, taking into account the size of the spot FX market together with its global nature and peculiarities and the number of concepts that would need to be revised in the context of spot FX markets, as well as the required revision of MiFID II and MiFIR. A sound cost-benefit analysis was deemed appropriate before deciding on a future EU regulatory framework due to the structural changes that it would imply.

ESMA specifically considered the regulatory gap between MAR and the FX Global Code of Conduct (the “FX Global Code”), the global principles of good practice standards in the foreign exchange markets developed in 2015 between central banks and market participants. The FX Global Code is currently being reviewed to ensure that its guidance remains appropriate and is contributing to an effectively functioning market.  The review is due to be completed by mid-2021.

ESMA has, for the time being, decided to postpone the decision on whether to extend the scope of MAR to spot FX contracts.  ESMA concluded that further analysis should be undertaken on the suitability of setting-up an EU regulatory regime on market abuse for spot FX contracts, taking into account the FX Global Code currently under revision and involving the central banks, who contributed extensively to the FX Global Code.  ESMA also noted, that considering the global nature of this market, global coordination with the other main jurisdictions in developing such a regulatory framework would also be required.