Why Shiba Inu Is Far Better Than ‘Boomer Memecoin’ Dogecoin, According To Bloomberg Editor

Dogecoin was everyone’s favorite internet pup for a while. But Shiba Inu (SHIB) has taken over as the latest white-hot crypto asset. The price of SHIB has also enjoyed a dizzying rise in recent weeks, attracting the attention of many in the crypto community.

Joe Weisenthal, a Bloomberg Markets editor, and podcast host has suggested that SHIB is superior to Dogecoin. He highlighted the reasons he believes the self-proclaimed “Dogecoin killer” arguably takes the cake in a series of tweets on October 27.

SHIB Has Several Advantages Over DOGE

Mr. Weisenthal indicated that he wrote about Dogecoin in his latest newsletter, describing it as the “boomer meme coin”. In other words, Dogecoin has become boring while other meme coins like Shiba Inu take over.

He pointed out some advantages that make SHIB so much better than Dogecoin, including the fact that the crypto is undergoing development observing a fast-paced roadmap, it boasts its own decentralized exchange, has non-fungible tokens (NFTs), and cutting-edge smart contract functionalities.

Weisenthal also said one SHIB is nominally less expensive compared to one DOGE. For perspective, it costs roughly $0.23 to purchase one DOGE and $0.00005111 for a SHIB coin. Notably, nominal cheapness was DOGE’s key selling point for a while over Bitcoin and Ethereum. The Bloomberg editor, however, notes that cheapness is not a sustainable edge when it’s possible for any new project to adjust its total supply.

Is The Dogecoin-Shiba Inu Flippening Nigh? 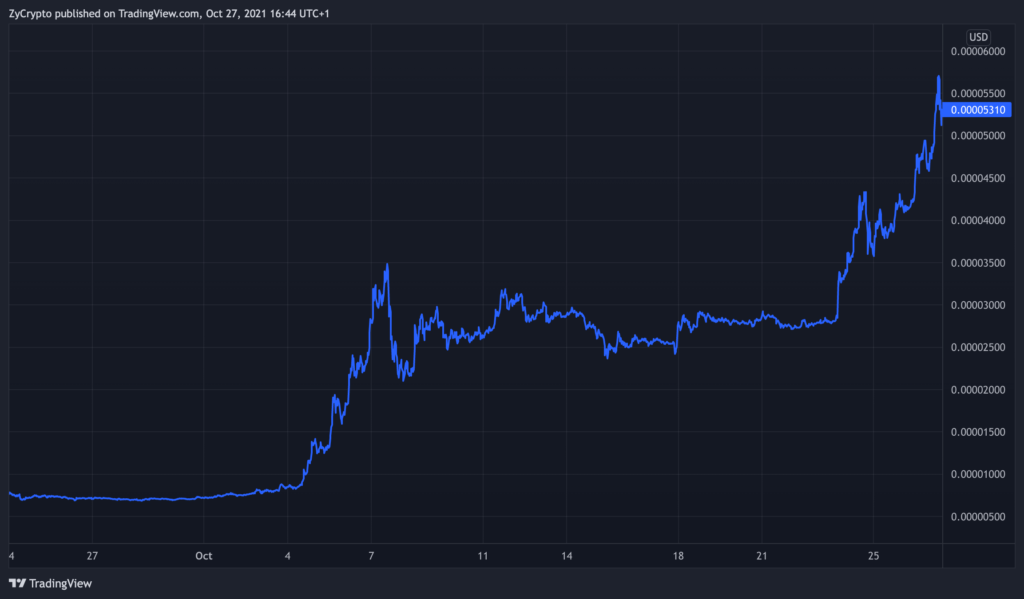 On Wednesday, SHIB skyrocketed by over 24% to a new record high near $0.000060. The incredible surge pushed the coin’s month-to-date returns to a staggering 725%. Moreover, this is despite Tesla CEO Elon Musk publicly rejecting the token recently. SHIB’s exceptionally strong performance specifically stands out against its direct competitor Dogecoin, which has posted a meager 7% on a month-to-date basis.

Shiba Inu is currently the eleventh-largest cryptocurrency with a market capitalization of $24.67 billion at the time of writing, with that of Dogecoin worth slightly more at $31.56 billion. For Weisenthal, the “real flippening could happen any day now”.

Meanwhile, a petition urging Robinhood to list SHIB tokens on its platform has garnered 342,053 of the required 500,000 signatures.

Bus driver knocked out by passenger frustrated by slow-moving vehicle