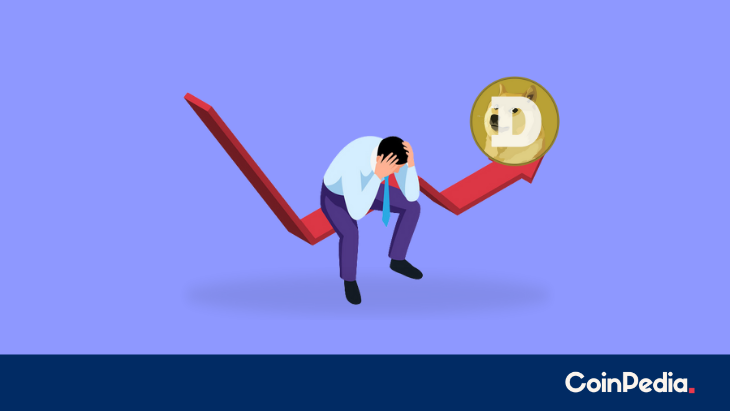 Why Dogecoin Lost Its Glory, What Made DOGE Price Exit The Top 10?

Dogecoin price is away from the show and buzz for quite some time now. The coin has not come closer to its all-time high in recent times. Dogecoin prices have not seen any notable movements as well. While the transactions of the coin are only declining over the period of time.

The digital coin has seen numerous pumps and dumps, and possibly most of the investors were part of FOMO. As the coin doesn’t really stand well with its core fundamentals, with any revolutionary concepts for the transforming world.

The transactions of the meme coin dropped to 15474 transactions, which is the lowest since 2017. The transactions hovered around 20k to 30k transactions in 2018-2020. The coin is finding it difficult to regain its lost glory ever since the crash of May. The crash resulted in ‘N’ number of investors losing their hard-earned investments, which possibly might be a reason for the coin losing its glitter.

As per the data extracted from BitInfoCharts several other coins are performing well in terms of transactions. Cardano has seen 80k transactions, Ethereum 1.2M, Algorand 1.3M, Polygon Matic 5.5M, and numerous other coins in the league have performed exceptionally well when compared with Dogecoin.

Summing up, Dogecoin’s price is at $0.2099 short of its 24-hour high of $0.214 at press time. The coin might rise if the catalysts work in favour of the fundamentals of the platform like that of the Ethereum bridge.

El Salvador and Bitcoin Adoption: Between the Optimism and Skepticism
Technology