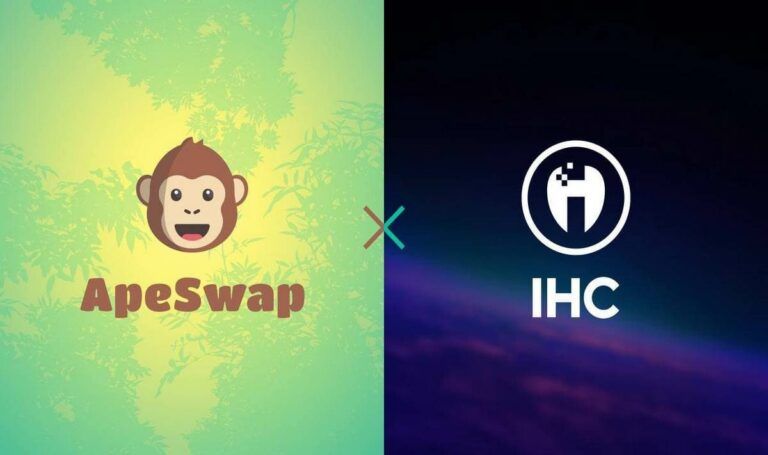 What is Inflation Hedging Coin (IHC)?

A single dollar in 1913 had the same purchasing power that $27.58 today have as a result of inflation. Nowadays, the Federal Reserve and other central banks throughout the world have been engaging in quantitative easing and other economic policies that increase banks’ liquidity, but risk increasing inflation.

Quantitative easing is a form of monetary policy where the central bank purchases longer-term securities from the market to increase money supply. Its goal is to encourage lending and investment and deprioritize savings and prudence.

In the summer of 2020, the Federal Reserve was purchasing $80 billion worth of Treasuries and $40 billion worth of mortgage-backed securities every month, to the point its balance sheet has swollen past the $8 trillion mark.

The solution to these problems is a different type of currency, one that rewards prudent moves such as saving and ensures people’s purchasing power doesn’t vanish over time. Inflation Hedging Coin (IHC) is one such currency.

IHC is regularly burned at the inflation rate in the U.S. in a bid to store value, and it will continue to do so until its total market capitalization is equal to the number of tokens the total number of token holders hold.

Each IHC transaction incurs a 5% fee that will be accumulated and redistributed to every other token holder regularly in a bid to incentivize them to save more instead of speculating in other activities with the tokens. IHC’s founders and their team do not receive their share of the redistributed transaction fees.

Not engaging in trading and other speculative activities with IHC will also ensure its price stability, allowing the cryptocurrency to remain less volatile than others in the space. IHC is a token that has been launched on both the Ethereum (ETH) and Binance Smart Chain (BNB) networks.

To improve functionality, an on-chain wallet application is being developed so IHC token holders can access financial services more easily. The wallet application will include lending and yield farming services to ensure saving, for example, is easier for users on-chain.

The IHC Team is made up of experts from various fields and includes blockchain developers, entrepreneurs, and more with over 20 years of combined experience in global financial markets. Its advisors have experience in various sectors and have run operations from Wall Street to Ulaanbaatar.

The project’s co-founder and CEO Gantig Bayarmagnai is a blockchain and cryptocurrency expert in Mongolia. Besides founding IH Bit LLC and the Cryptocurrency Mongolia Group, he also co-founded Silkchain Capital, a country representative of VeChain in Mongolia.

Accelerating the global transition to cryptocurrency

To bolster cryptocurrency adoption throughout the world, IHC is joining forces with former heavyweight world boxing champion Deontay “The Bronze Bomber” Wilder for the WBC World Heavyweight Championship in Las Vegas, on October 9.

Deontay’s fight against Tyson Fury will see the fight appear in IHC sponsored fight trunks as part of the company’s mission to accelerate the global transition to cryptocurrencies. Deontay Wilder has said in a press release he is “excited to have IHC” sponsor him.

Munkhjin Otgonbaatar, co-Founder and CFO of IHC noted Deontay “exemplifies everything a champion should be – rebellious, resilient, and disciplined. He is a true rebel who fights against social injustice and inequality, while IHC is a rebel cryptocurrency that fights against the inequality and injustice of exuberant money printing practiced by central banks across the globe.”

IHC coin is currently available and traded on two DEXes, ApeSwap and PancakeSwap. As part of the company’s roadmap, the token is planned to be listed on two centralized exchanges, which should take place in late October 2021. All listing news will be announced to the community on the available communication channels and social media platforms. For more information, please visit the IHCoin website.