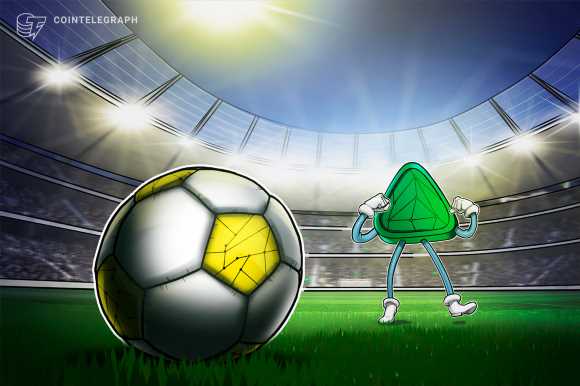 Founded in 1896, the West Sussex club known as the Red Devils have endured a turbulent existence both on and off the pitch. Triumphs including two league-winning promotions, four standard promotions and seven cup trophies — four being the Sussex Senior Challenge Cup — provide the fans with positive memories, but incidences like the 2006 administration following transition to fully-professional status balance the fortunes.

The team is currently placed thirteenth out of twenty-four teams in the English Football League Two, also known as the Sky Bet League Two.

For greater context on both Crawley Town, and the immense historical significance of English football, Crawley Football Club — as they were known then — were founded prior to some of the current European heavyweights such as Italy’s Juventus F.C (1897), Spain’s F.C Barcelona (1897), and seven-time Champions League winners AC Milan (1899).

Cointelegraph’s tech writer, Tom Farren spoke to Preston Johnson, the co-founder of WAGMI United, and new co-chairman of Crawley Town for a deeper discussion on the motivations and attractions to the club, as well as how they envisage integrating Web3 mechanisms.

Johnson was immediately keen to express his personal, and team’s collective respect for the club’s long-standing history and roots within the community.

Enquiring as to how they envision the process of unifying the existing, predominately-physical footballing community of Crawley Town, with the global technological ecosystem of Web3, Johnson revealed that “it’s our priority to make sure that you have the best team possible and, when you go to the stadium in person, you have the best experience possible.”

He continued on to say that to achieve such goals, “we do need to also bring in a bunch of new fans from all around the world and get them invested as well, and that’s what we’ll be doing with the NFTs and the Web3 component.”

“Ultimately, we want all of our fans — new fans and existing fans, local fans and remote fans — to have a voice in how the club is run and feel it represents them and their community.”

WAGMI United is an avant-garde investment organization from the United States founded by Preston Johnson and Eben Smith, two renowned figures within the NFT landscape. Johnson is known as the co-creator of Pixel Vault and PunksComics — that latter of which has traded 23,600 ETH on OpenSea — and Smith as the founder of Digital Collectibles Agency.

Their overarching ambition is to transform the successes of Crawley Town with a fusion of the cultural dynamics of social media and nascent technologies within the Web3 sphere, such as digital fan tokens, NFTs, and blockchain transparency, with traditional business operations witnessed throughout the sporting industry.

To support the footballing endeavour, a number of successful entrepreneurs including VaynerX chairman Gary Vaynerchuk will take on advisory roles within WAGMI United to help support the execution of technological initiatives.

After donating an initial £10,000 to the Crawley Town Community Foundation, the organization announced their inaugural NFT collection in partnership with Pixel Vault on May 7.

The newly-appointed founders have issued a bold pledge to orchestrate a fan-vote to decide on their future role within the club if they do not achieve the blueprinted success of “earning promotion to League One by the end of their second season in charge.” In their eyes, the probability of promotion during that timeline as we currently stand is fifty-percent.

Upon requesting further clarification for the supposed “mechanisms to hold ourselves accountable” in the originating press release, in tandem with their aspirations of second-season promotion into the League 1, Johnson wasn’t yet willing to divulge WAGMI’s intentions regarding potential DAO adoption, but did exclusively reveal that “current season ticket holders will for sure” be granted priority access to any voting mechanism implemented.

Radio Caca (RACA) Is the Most Purchased Cryptocurrency by BNBChain Whales, Surpassing DOGE and BNB