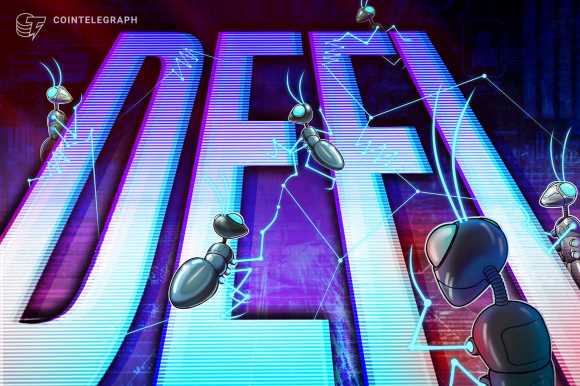 VCs back Balancer with $24.25M investment

The capital raise was led by Blockchain Capital, Fintech Collective, LongHash Ventures, Fenbushi Capital, Continue Capital and Kain Warwick, the founder of DeFi protocol Synthetix. The funds will be used to strengthen Balancer’s role as a core infrastructure provider of the DeFi market.

“By allowing for the most flexible and composable liquidity pools in the AMM space, the Balancer Protocol is uniquely positioned as a core infrastructure component for decentralized finance protocols and applications,” said Aleks Larsen, an investor with Blockchain Capital. He added:

“We see this aspect of the technology in Balancer as a strong long-term indicator, as protocols that are widely embedded in higher level systems are able to drive powerful network effects and defensive moats.”

Balancer has a history of attracting funding from leading VC firms. Last November, Alameda Capital and Pantera Capital threw their weight behind the DeFi project. In March of this year, Three Arrows Capital and DeFiance Capital led a $5 million raise for the company.

There has been considerable buzz around Balancer of late after VORTECS™ data from Cointelegraph Markets Pro indicated the start of a new bullish phase for the project. Although much of that bullish outlook has subsidized in the wake of last week’s market cycle correction. The value of BAL token is down 17% over the past week.

The Balancer protocol aims to become the leading source of liquidity in the DeFi market. The team has placed a strong emphasis on driving adoption in the Asia Pacific region, which could emerge as a hotbed for decentralized finance products.

Several prominent investors from within the cryptocurrency industry have purchased $24.25 million in Balancer tokens in a coordinated move to springboard adoption of the automated market maker.

Rising wages are a 'feature,' not a bug, of the post-pandemic economy, President Biden says
Technology