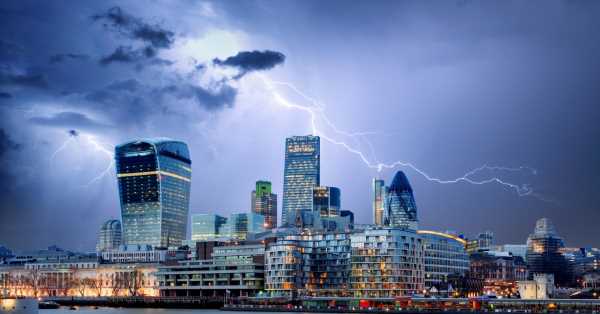 Another crypto exchange has added support for Bitcoin’s Lightning Network.

U.K.-based CoinCorner debuted Lightning Network support for its users Tuesday. They can now deposit and withdraw bitcoin with the secondary network, a software stack that is built on top of Bitcoin’s core technology which facilitates cheap and fast transactions.

“Lightning is the most decentralized and trustless scaling solution. We were always going to integrate Lightning but it was just a matter of timing and resource availability within the company,” Danny Scott, CEO of CoinCorner, told CoinDesk.

CoinCorner introduced the payment method to its payment gateway, CoinCorner Checkout, in April of last year, Scott said. This made the integration for the exchange easy, a two-week endeavor, Scott said.

“Granted, myself and Zakk Lakin, our tech lead, have been playing around with Lightning nodes for the last few years, so we have a strong understanding of how it works,” Scott qualified.

Lightning Network deposits and on-chain deposits will show up as the same balance for CoinCorner users, Scott said. He added the exchange plans to roll out a feature that will allow them to pay Lightning Network invoices from their GBP wallet on the exchange, something akin to Zap’s Strike, a Lightning-powered “Venmo” that announced its global release today.

Lightning is currently only available for CoinCorner’s website but Scott said a mobile version will be coming soon.

CoinCorner’s working support for the network comes after crypto exchange Kraken pledged last December to integrate Lightning in 2021. Besides CoinCorner, Bitfinex and River Financial are the only popular cryptocurrency exchanges that have live support for the Lightning Network.

Launched in 2018, Bitcoin’s Lightning Network saw a number of upgrades in the tail end of 2019 and throughout 2020 that have improved its financial plumbing. Most notably, it added multi-part (aka multi-path) payments and wumbo channels, which, respectively, improve how Lightning sends payments and how much bitcoin can be sent through the network.

These improvements to the Lightning network “have certainly made it more attractive for exchanges to begin introducing it to help with larger and more reliable transactions,” Scott said.

“I think every exchange has Lightning on their radar. It’s just a case of resources and internal company priority as to when this is integrated. If exchanges are running their own wallet infrastructure, then adding the Lightning infrastructure is simpler than people are making out,” he continued.

The network is still young and not without its shortcomings, but it is growing. Per data from Bitcoin Visuals the number of public bitcoin nodes connected to the Lightning Network has grown nearly two fold this year to roughly 8,300 nodes.

Similarly, the amount of bitcoin known to be locked in it has grown roughly 25% year over year to 1,061 BTC.