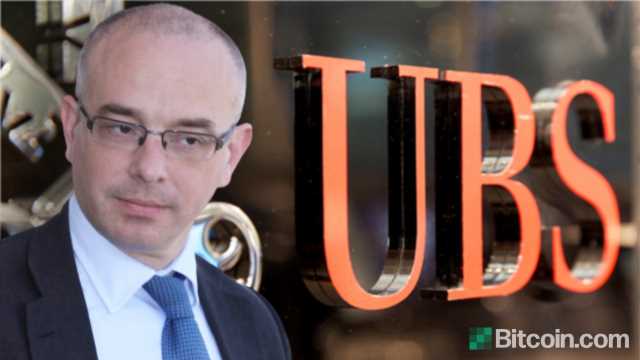 A chief economist at UBS, the largest bank in Switzerland, says cryptocurrency has a fundamental flaw. Bitcoin’s fixed supply could cause the collapse of its value and spending power, making it unattractive to use as a currency, he claims.

Paul Donovan, Chief Economist of UBS Global Wealth Management, explained last week why people won’t want to use bitcoin as a currency. UBS is the largest bank in Switzerland.

“If we look objectively at the issue, I think an important question is whether bitcoin and other crypto could be currencies,” the UBS chief economist continued, emphasizing, “And, I don’t think that they can.”

However, he asserted that “With bitcoin and other crypto, you don’t have that certainty.” The UBS chief economist explained:

It’s all down to a rather fundamental flaw with crypto. In order to achieve stable spending power, a store of value, the balance of supply and demand needs to be maintained.

“So, if demand for proper currency goes down, the central bank can reduce supply, maintaining the balance and therefore maintaining spending power,” the UBS chief economist opined. However, he did not differentiate between cryptocurrencies with a fixed supply, like bitcoin, and other coins without a fixed supply, including stablecoins.

But if demand for crypto goes down, and self-evidently it does, the supply cannot go down to maintain balance. So, the value, and the spending power, immediately collapses.

Many financial strategists, on the other hand, have said that bitcoin’s volatility falls as adoption increases. Fidelity recently pointed out that BTC’s volatility is down about 50% from a few years ago. In July, BTC’s volatility hit a three-year low. Billionaire investor Bill Miller said bitcoin becomes less risky the higher the price goes.

UBS recently published guidance on bitcoin investing. “While we wouldn’t rule out further price increases,” the bank warned: “We are also cognizant of the real risk of one losing one’s entire investment. Investors in cryptocurrencies must therefore limit the size of their investments to an amount they can afford to lose.”