The Undercurrent Over the Counter: What Covertly Drives Bitcoin Markets

The factors swaying the price of Bitcoin are something of a mystery. While analysts can point the finger at hacks, regulations, and new technologies, there are a host of unknowns.

One of the biggest and most forgotten-about influences on the price of Bitcoin is said to be the influence of over-the-counter (OTC) trading. OTC trading is cryptocurrency trading that’s done off of an exchange, either peer-to-peer or through a broker.

How influential is OTC trading?

Because OTC trading is done off of cryptocurrency exchanges, it is therefore often left out of the conversation when it comes to global trading volume figures.

The most significant piece of research to have uncovered the prevalence of OTC trading was a report by international research firm TABB Group published in August. It’s estimated that more than $11 billion in BTC are traded on exchanges–according to the study, OTC trading volume is believed to facilitate the flow of over $12 billion in BTC each day.

TABB’s Monica Summerville explained that “our reports are based on interviews and with participants in markets, cover more than BTC and keep in mind that not all transactions show up on public blockchains as many venues omnibus accounts so only net changes to their positions will be written to public blockchain.”

Monica Summerville is a speaker at the Finance Magnates London Summit that will take place at the Old Billingsgate Market from November 11th-13th. For more information about the Summit, click here.

While nothing entirely conclusive about Bitcoin price movements can be gleaned from the TABB report, the report has shed some light on the possibility that the Bitcoin markets could be operating on a level that the world hasn’t begun to understand.

What is OTC Trading, and Why Is It So Prevalent?

Using a broker to perform OTC trades has several advantages. A good broker will offer a personalized service that will prevent price “slippage” that might happen on a normal cryptocurrency exchange–due to the lack of liquidity on most exchanges, it can take a considerable amount of time to execute a high-volume trade.

For example, let’s imagine that a hedge fund manager is attempting to sell 350 BTC on an exchange. While the trade order is on the books, waiting to be filled, the price of Bitcoin could decrease, and the manager would either have to settle for a lower price or to cancel the trade entirely. Instead, a broker platform will use liquidity providers to execute high-volume trades quickly.

Another advantage that high-volume traders may find on OTC platforms is lower fees. On an exchange, massive trades can rack up massive costs–however, a broker can set customized prices for each trade they deal with.

Why Aren’t OTC Trades a More Significant Part of the Global Crypto Conversation?

In response to the TABB report, cryptocurrency researcher Eric Wall tweeted the following: 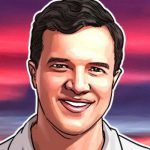 He said that while the trades that take place through Paxful are on-chain, “occasionally, users can work out the transfer of an entire wallet so as to not indicate a shift in a large number of holdings.” In other words, an entire wallet–hardware or otherwise–can be bought and sold without any changes made to the BTC blockchain whatsoever.

Large trades can also be conducted in such a way that they are very difficult to trace through the blockchain. “Other times, buyers and sellers use a tumbling process to mix fragments of coins that ultimately end up at the intended destination so as to avoid a record of a certain quantity moving from one to another,” he explained.

Despite High Volume, OTC Trading May Be Having Little to No Effect

The off-chain, discreet nature of OTC trading may have an interesting effect on the price of Bitcoin: that is, none whatsoever. “I don’t believe those trades affect the [Bitcoin] market at all,” Dr. Edgar Radjabl, Managing Partner at APIS Capital Management, to Finance Magnates. 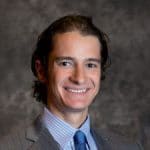 “Because they are not posted as orders on an exchange, market participants are not aware a large holder is selling or a large investor is buying,” he continued. “In rare cases, the buyer may end up liquidating the BTC in the open market (for example if they purchase OTC at a discount) which would then drive the market down.”

“One argument can also be made is that when large buyers purchase BTC, they seek OTC sellers (such as miners). Therefore, they do not have to purchase BTC in the market, which would drive the price up.”

Radjabli argues that the nature of OTC trading contributed to BTC’s stagnation throughout this year.“I would contend that is a significant explanation for why BTC price has stayed steady in 2018. In 2017, large buyers had to buy on exchanges (or pay a significant premium for OTC), driving the market up.”

Who Are these High-Volume Traders?

The demographics of who may be responsible for these high-volume OTC trades are unknown. However, there is quite a bit of speculation about who may be running the show.

“The sellers are typically miners of BTC (generally located in China),” said Dr. Egdar Radjabli. “The buyers… are typically located in Europe, US and other developing countries (which traditionally have had issues with fiat currencies and thus want to diversify into ‘hedge’ assets.”

Jack J. Jia, Director of Institutional Sales at Wyre, told Finance Magnates that OTC traders are “definitely mostly in Asia, with China still being the #1 country for fiat clearance.” Wyre is a regulated Money Service Business (MSB) founded in 2013. 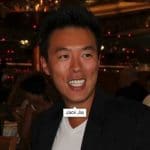 “A trader might trade crypto-to-crypto on a Korean exchange or a Singaporean exchange or a Japanese exchange in terms of central limit order books, but if the trader needs to rebalance via fiat currency, they will turn to OTC trading services based in China and settle in and out of RMB,” he explained.

Ray Youssef told Finance Magnates had a much simpler explanation of who the primary OTC traders are and where they are located. “These customers are like anyone else, buying quantities large and small in hopes of storing or transferring wealth beyond the regulatory grasp of the countries in which they live.” Therefore, China’s rather strict regulations on cryptocurrency exchanges could make it a global hotspot for OTC trading.

The Role of OTC Trading in the Future

Some analysts believe that as technology, security, and methods of providing liquidity continue to improve on cryptocurrency exchanges, there may not be such a significant need for OTC trading in the future.

However, Ray Youssef believes that OTC trading will always be an important part of the global crypto scene. “OTC trades are more in line with the traditional ideology of bitcoin,” he said. “Scaling issues have forced many transactions off chain onto privately owned and centralized exchanges, however, the future of bitcoin will always lie in OTC trades for the reasons with centralization comes corruption, always.”