Today’s splits in Tesla and Apple stock shares could be a positive thing for investors who are willing to hold onto their stocks for the next twelve months, according to multi-asset investment platform eToro.

Specifically, eToro believes that the value of Tesla and Apple shares could surge by more than a third in the year following the split. The forecast is the result of an analysis that used 60 years’ worth of data to find that on average, the price shares of major brands climbed by more than 33 percent in the 12 months following a share split.

With the way that both Tesla and Apple’s stock prices have been rising this year, today’s split isn’t exactly a surprise. Tesla’s price has risen past $2,200 a share (up from $430 on January 2nd), while Apple’s share price had reached $500. 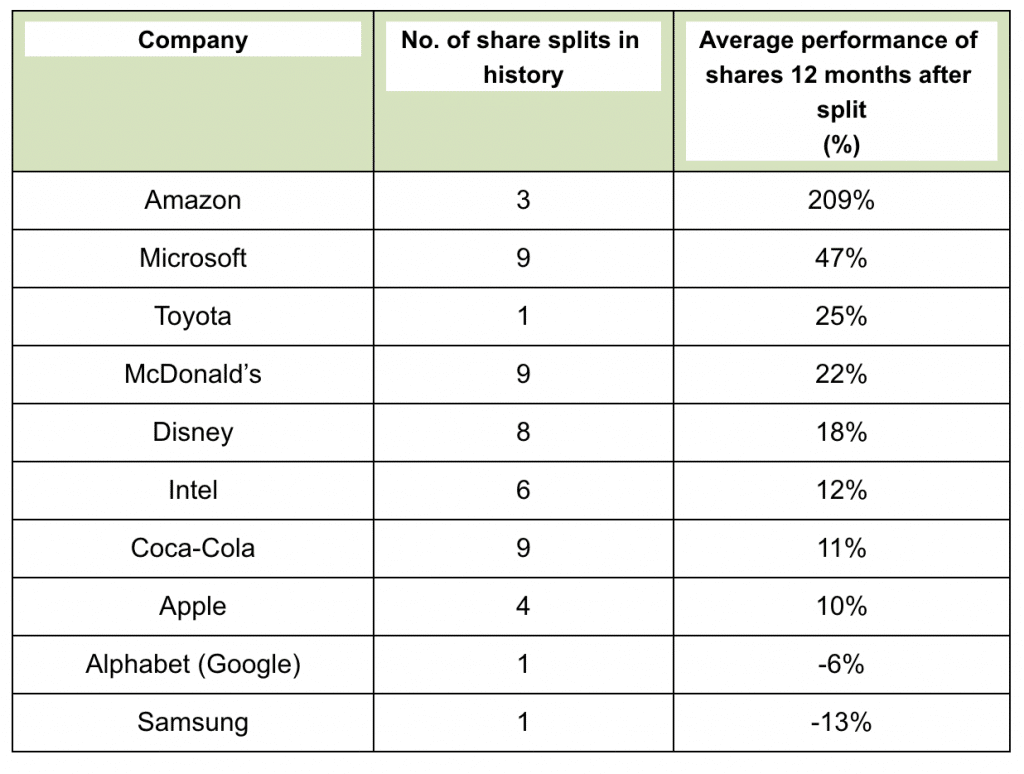 Today marks Tesla’s first-ever share split, while Apple is splitting its stocks for the fifth time

When Apple has split its shares in the past, there have been some eye-popping results: Apple’s share price respectively rose 36.4 percent and 58.2 percent in the 12 months after its June 2014 and February 2005 share splits.

However, on the other hand, Apple’s shared dove 61 percent in the 12 months after its June 2000 share split, making Apple’s average year-post-split price increase just 10.4 percent.

This time around, it seems as though the split will be a positive thing: eToro said that after both Apple and Tesla announced their splits, both companies have seen surges in trading volume and price rise: Tesla has climbed about 47 percent, while Apple has moved up 30 percent.

While the splits themselves won’t have any direct effects on the market caps of the companies, eToro says that stock splits can play an important emotional role for investors. “It is more of a psychological factor for retail investors,” a statement shared with Finance Magnates said.

For example, “going off current values, Tesla’s share price will be reduced to around $400, which may seem much more attractive to investors than its current price of $2000, as it may be viewed as more accessible for individual investors.” 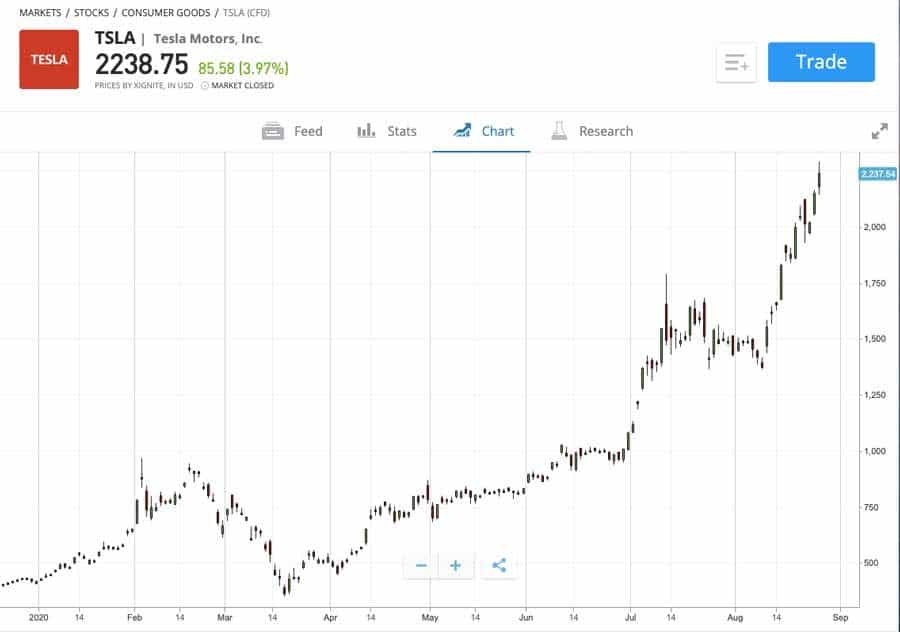 The psychological role that numbers play has been observed across markets in the past. For example, some analysts contributed Bitcoin’s struggle to surpass $10,000 to psychological causes.