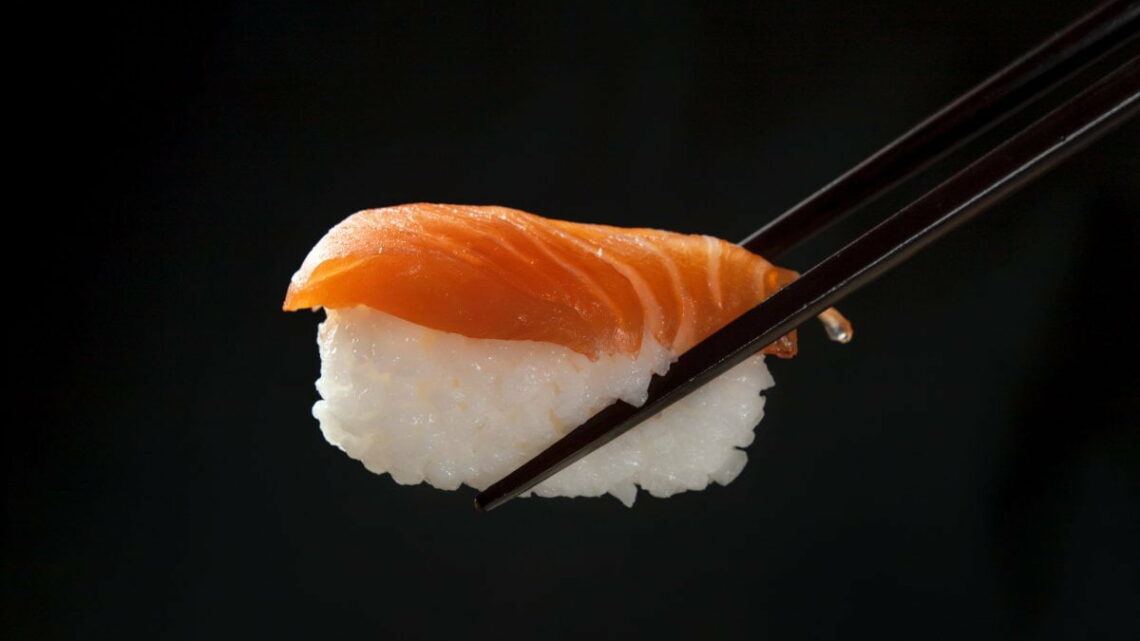 The amount of SushiSwap whales holding 100,000 or more SUSHI has increased by over 74% in two weeks. This is according to an observation by the team at Santiment feed who also pointed out that such an accumulation of SUSHI was behind the tokens bullish climb in the past two weeks.

The team shared their analysis via the following statement and accompanying chart demonstrating the growth of SUSHI holders.

SUSHI has been one of the nicest bounces following the brief BTC dip below $30,000. Why? Whales, as usual. The amount of Sushiswap addresses with at least 100k tokens has surged at an unprecedented rate, and prices generally follow top holders. 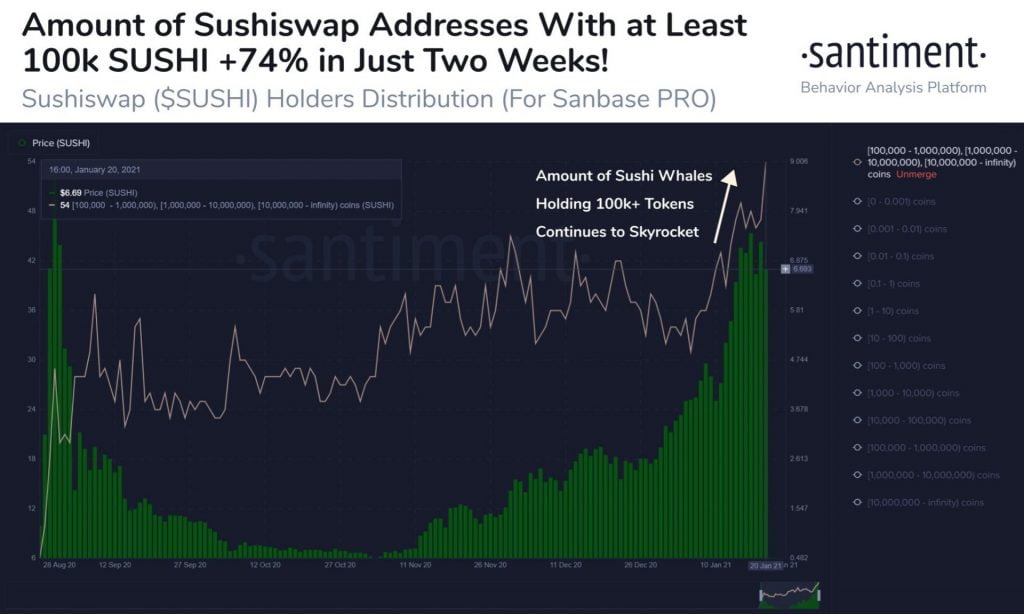 As highlighted by the team at Santiment, the accumulation of SUSHI has happened in tandem with a price increment of the token. The token opened the year at a value of approximately $2.90 and would go on to set a local high of $7.80 on the 17th of this month. This is a 168% increment in value in a period of approximately 2.5 weeks.

SushiSwap (SUSHI) is currently trading at $6.25 after dipping to $5.20 due to Bitcoin crashing below $30k and is still maintaining triple-digit gains since the beginning of the year.

In terms of usage, SushiSwap has managed to regain the trust of the DeFi community after the creator ceded control to FTX’s CEO, Sam Bankman-Fried. A quick look at Etherscan reveals that SushiSwap is the fifth largest Ethereum protocol in terms of ETH gas usage. This is a clear indicator that trading is still ongoing at SushiSwap. The platform currently has a 24-hour volume of $531 million after setting a peak value of $706 million on the 11th of this month.

Furthermore, a total of $1.78 Billion in total value is locked in SushiSwap making the platform the sixth-largest in this regard. This is according to DeFiPulse.com which currently ranks Uniswap third with a total of $2.78 Billion locked.

Therefore, from a fundamentals point of view, the SushiSwap DeFi protocol and the SUSHI have a bright future ahead based on the continual usage of the platform and accumulation 0f the token by whales.