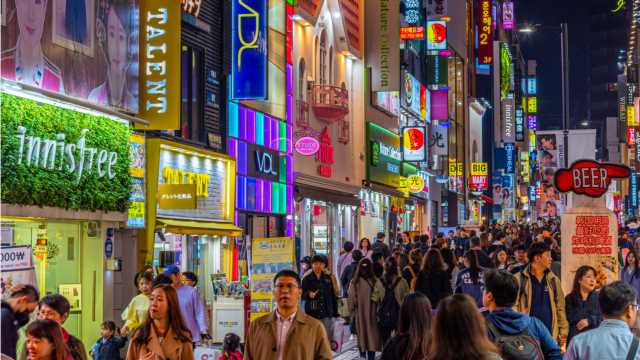 As cryptocurrency regulation heats up worldwide, South Korean officials have been increasing regulatory discussions concerning the swelling crypto economy. While digital currency markets like bitcoin have tumbled in value in recent times, global crypto market prices have increased across the board on Monday. In South Korea, crypto-assets like bitcoin are once again experiencing a ‘kimchi premium,’ as the price per bitcoin is 8% higher than the global average.

The ‘kimchi premium’ in South Korea has returned, following the market carnage that plagued digital currency prices last week and into the weekend. Global averages show that crypto-assets like bitcoin (BTC) and ethereum (ETH) have jumped significantly in value.

BTC is up 10% and ETH has gained 20% during the last 24 hours. At 8:42 a.m. (EST), bitcoin’s global average tapped a daily high of $38,800 per coin. However, in South Korea, BTC prices are higher than the global average as Korbit and Bithumb highlight the difference.

Currently, the ‘kimchi premium’ in South Korea for BTC is 8% higher as bitcoin’s global average is $37,700 and Bithumb’s BTC spot price is $40,800 per BTC. Korbit’s exchange rate is a bit lower at $40,568 per unit but still carries a premium compared to the global average.

ETH prices in South Korea also show a slight uptick as Bithumb and Korbit exchange rates for ETH is $100 higher than the global average. Bithumb has far more dominance than Korbit, as it commands more than $2.4 billion in 24-hour crypto trade volume. Korbit on the other hand captures $149 million on Monday.

South Korea’s crypto premiums have appeared in 2021 on multiple occasions and this has caused regulators to look more closely at the crypto economy and ponder stricter digital currency regulations. A report from Maeil Kyungjae had shown the South Korean government grew concerned about the ‘kimchi premium,’ after the premium touched a high of more than 18% during the first week of April.

A few other crypto assets besides BTC and ETH are seeing premiums in South Korea. In the country, digital currencies such as XRP, ETC, ADA, EOS, BCH, and DOGE are all trading for higher values in contrast to today’s global averages.