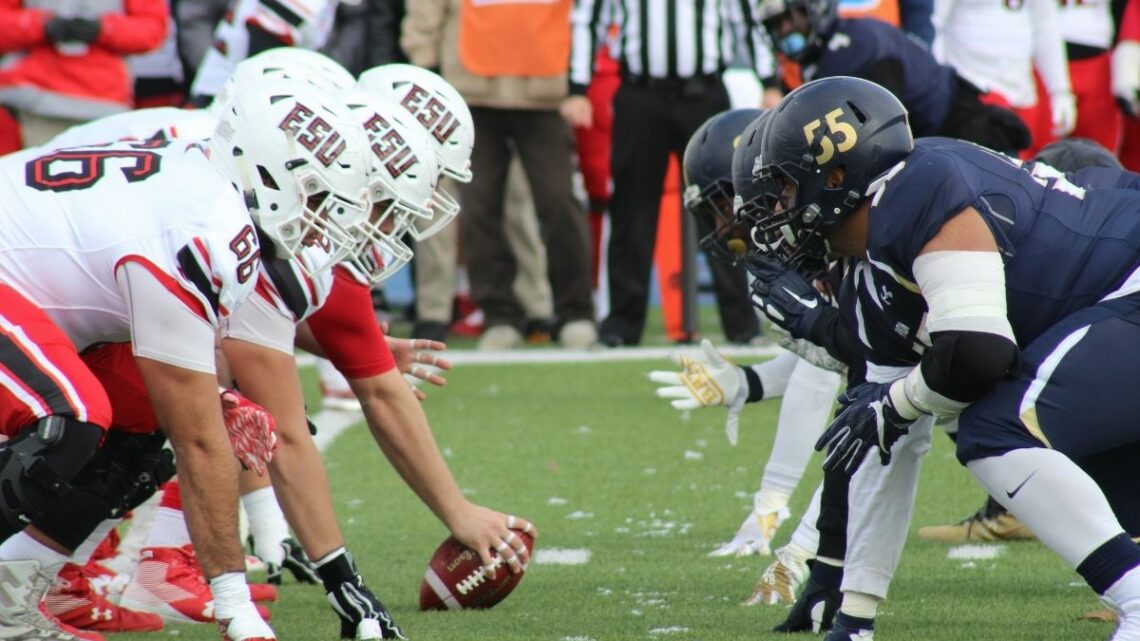 Solana and Ethereum Are Still Competing for Attention

The cryptocurrency market never fails to surprise with its volatile movements. It seems that all the buzz is now centered around Cardano and Solana, two coins that managed to reach new peaks. The growth coincided with the newly founded surge of momentum demonstrated by ETH (roughly 21%).

Many analysts predicted this trend months ago but the similarities between the price curves of Solana and Ethereum look quite curious. Both coins grew noticeably over the course of the last week and have similar extrapolated trajectories. However, this is not the only interesting thing that you should take note of.

It is interesting that the biggest role in the changes of the prices of two cons was played by people. Social sentiment showed that the activity of investors allowed both assets to perform uncharacteristically well. While sudden surges occur, this particular spike was not expected.

Solana reached $119 on August, 30 supported by strong trading volumes and bullish trends. At the same time, Ethereum started gaining momentum and stole some of the social dominance by August, 31 reaching $3830. 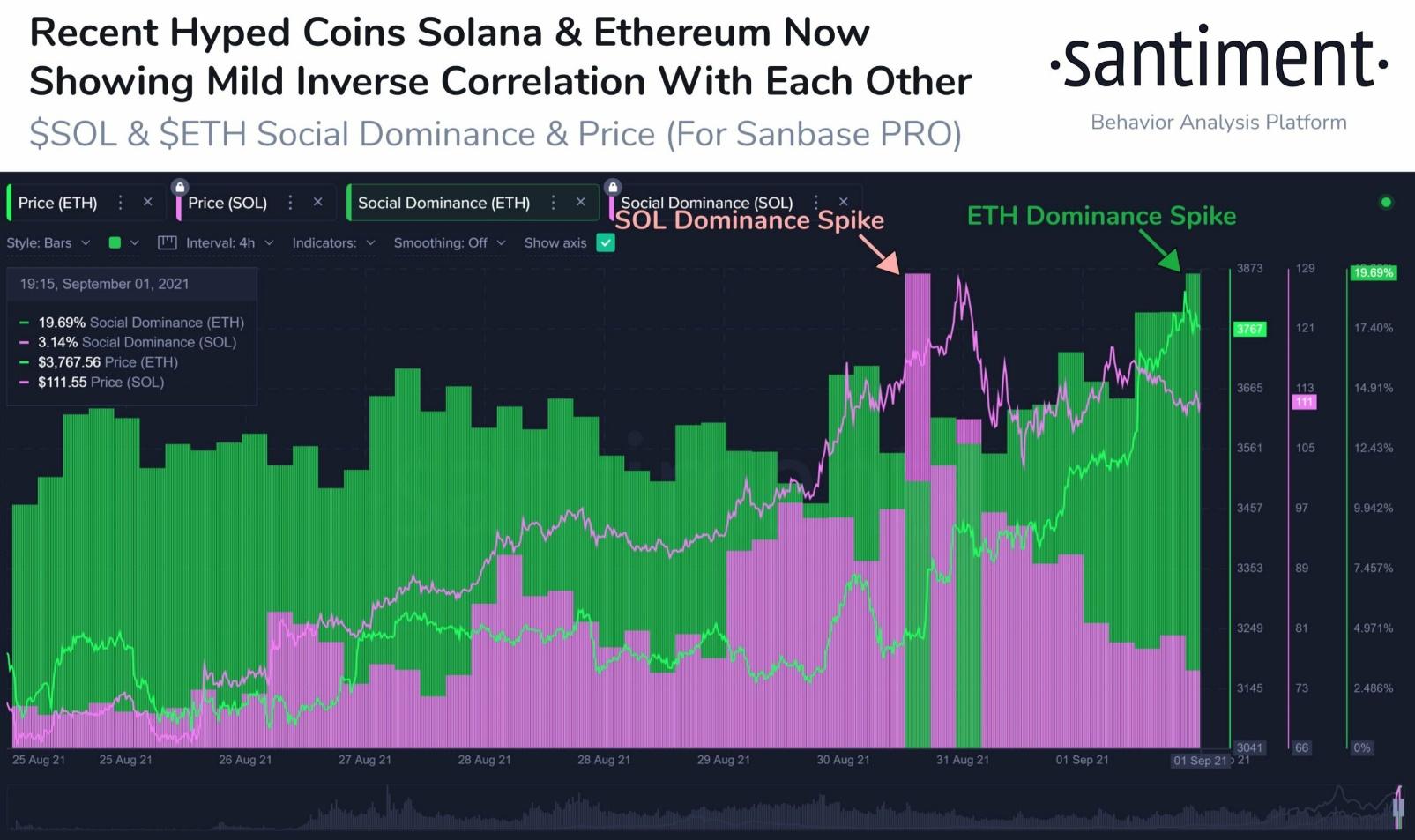 CashFlow Is Still Dominated by Solana

It is quite interesting that ETH stayed ahead in terms of social dominance but Solana acquired the upper hand in another area, namely, cash flow. As one of the strongest performers on the market, Solana managed to gain momentum thanks in part to the general trend in the BTC community to sell their Bitcoin in favor of other cryptos.

Both ETH and Solana attracted $3.2 million and $7 million accordingly during the last week of August while BTC lost $2.8 million in total market cap.

Other factors at stake are NFT trading news and general positive rumors surrounding ETH. Solana moving to NFT was definitely a good move for the asset as it reached over 100 000 SOL in trading volume since launch. What it means is that Solana may actually be on track to at least catch up with Ethereum and, in the long run, overtake it.

It’s All in the Numbers

Rose-tinted glasses worn by many investors should always be half-taken-off. There are many important metrics that you should pay close attention to. For example, daily active users (DAU) is a highly important variable determining the potential for growth of an asset and it has been dropping for both ETH and SOL.

However, SOL gained 6% in average transactions per day while ETH lost 4% and dropped to 1170000. This difference may pronounce itself even stronger as Solana is a target of the next huge hackathon and has other developments that may positively reflect on the positions of the asset in the market. 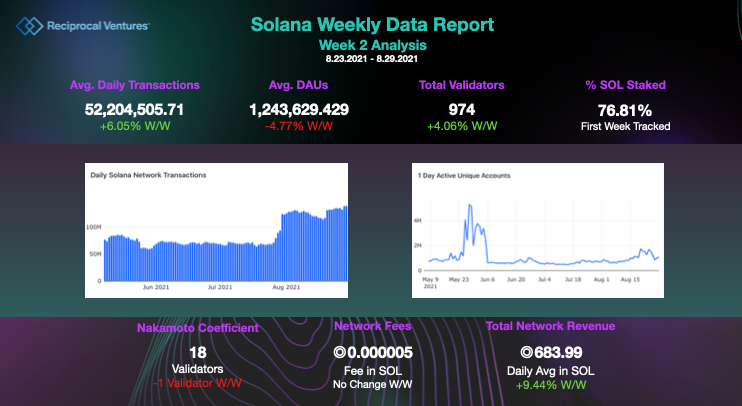 It is not a tightly kept secret that many people see Solana as the biggest competitor to Ethereum in the nearest future. However, all that we see now is the strong pumping of funds and increased social activity likely triggered by the NFT hype.

Pound to euro exchange rate: Key risk events to watch this month as volatility ramps up

Litecoin Ready to Rally But Must Hold Crucial Support
Technology