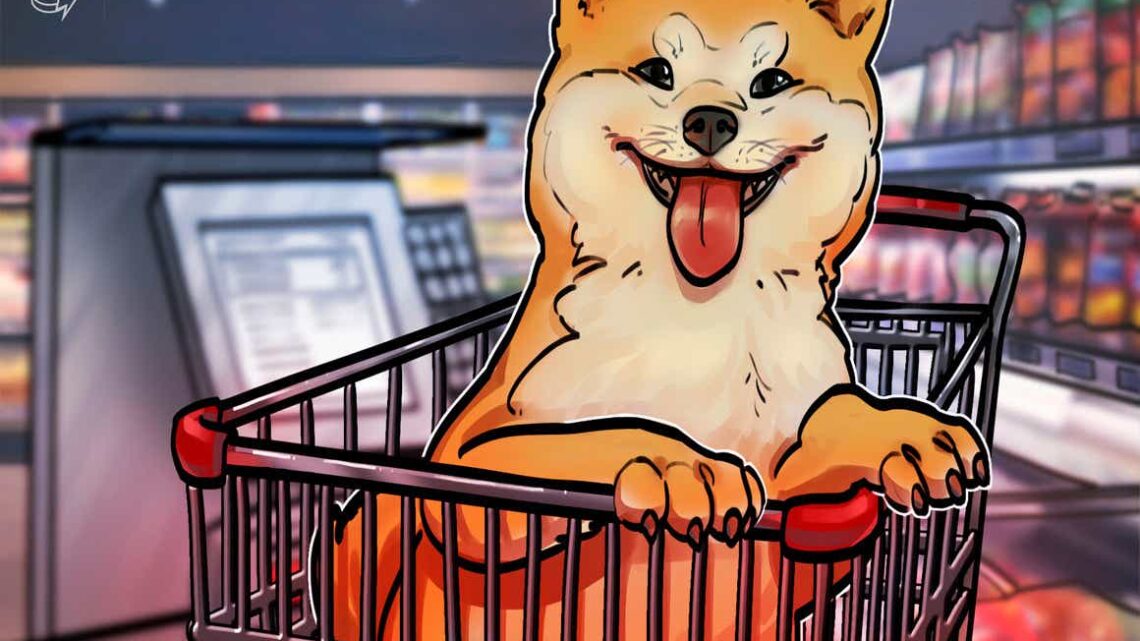 Shiba Inu (SHIB), a spin-off to Dogecoin (DOGE) token, reached an all-time high following a price surge of more than 46% in just two days. The SHIB/USD trading pair was valued highest at $0.00003941 during press time.

The latest price jump of SHIB token is attributed to an ongoing bullish trend from Oct. 15, which helped the cryptocurrency’s value rally by more than 26%. Since Oct. 17, SHIB maintained week-long support at roughly $0.00002796 before resuming to bull run to its all-time high.

In the last seven days, Shiba Inu’s market value surged over 50% and currently stands as the 13th biggest cryptocurrency in terms of market capitalization, just three positions away from Dogecoin.

Currently, Shiba Inu holds the biggest circulating supply of nearly 395 trillion. Back in September, the Dogecoin-inspired token jumped 40% after Elon Musk, CEO of Tesla, tweeted about the arrival of a new Shiba Inu puppy called Floki.

A Cointelegraph analysis from Oct. 18 foresees SHIB token to target the $0.00005200 mark, determined by an expected rebound after the selloff season.

The growth of Dogecoin and Shiba Inu is primarily attributed to support from Tesla CEO Elon Musk. In a recent conference hosted in California, Musk said:

“It is not possible to, I think, destroy crypto, but it is possible for governments to slow down its advancement.”

Moreover, the entrepreneur believes that the United States government should “do nothing” for regulating cryptocurrencies.