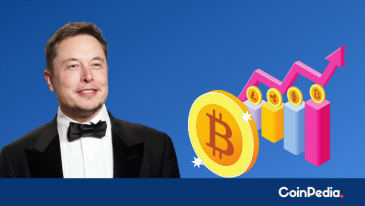 In other news, Elon Musk was one of the first to respond when Twitter and Square CEO Jack Dorsey published a link inviting his followers to a Bitcoin event. Mr. Musk responded to Jack Dorsey’s tweet on the ‘B Word’ event this time.

The tweet’s wit was not missed on Twitter CEO Jack Dorsey, who invited his Tesla counterpart to the event for a conversation to explore “all your curiosity.”

In response, Twitter’s Dorsey said: “Bizarre! Let’s you and I have a conversation at the event. You can share all your curiosities…”

Musk agreed. “For the Bitcurious? Very well then, let’s do it,” he said, to which Dorsey later replied: “Done! Will set up.”

The event will take place on July 21, according to its website,

“offering a live experience and a library of content to the investor community, enabling a more informed discussion about the role Bitcoin can serve for institutions across the globe.”

While SHIBA INU was not immune to China’s Cryptocurrency crackdown, its values fell nearly 50% between June 15 and June 22. Shiba Inu is attempting to bounce and recuperate while Bitcoin is still attempting to break through a key resistance level.

Elon Musk appears to be back in the tweet game, and this time he’s going for Shiba Inu, one of his favorite meme coins rivals. Crypto aficionados can’t stop talking about the SpaceX CEO’s Shiba Inu puppy, which he tweeted about. ‘My Shiba Inu will be named Floki,’ Elon Musk stated. Shiba Inu prices skyrocketed following Musk’s remark. The tweet received approximately 21 thousand replies and 25 thousand retweets.

My Shiba Inu will be named Floki

So, what is next for Shiba Inu price?

While the market is slowly but gradually improving, with Bitcoin beginning to trade upwards, Altcoins have begun to follow in its footsteps. The SHIB coin is increasing in value by over 9% each day.

With Elon Musk’s latest tweet, Shiba Inu price may be able to repay its patient investors who are eagerly awaiting Coin’s next move. The price of SHIB continues to oscillate between $0.00000500 and $0.00000800. The success of Dogecoin, on the other hand, gives Shiba a prospect for future pumps and an advantage.