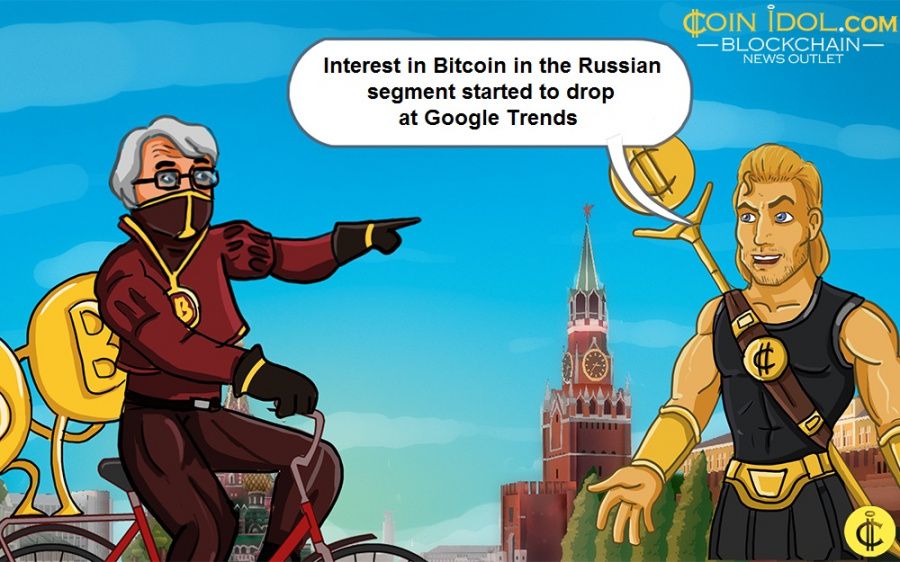 Interest in Bitcoin among Russians appears to be waning as the market lacks a strong bullish move.

Bitcoin last traded above the $50k mark on August 23, when it recorded a price high of $50,482.08. Since then, the Bitcoin price has fallen to a low of $46950.27 and the high for the last 7 days is $49,644.11, suggesting that Bitcoin, the largest digital currency by market capitalization, has attempted to make a dramatic move but has lacked the support to update its fundamental positions.

Since August 25, the cryptocurrency market has somehow stagnated. Yesterday, Bitcoin fell to a low of $46,950.27, and its market cap also reduced from $918B to $884.727 Bln. As of press time, Bitcoin is trading in the green at around $50,155, which means that the flagship cryptocurrency has reversed its downtrend and started an uptrend.

Russian interest in BTC is waning

According to data collected by the Google Trends services, the interest of Russian Internet users in this oldest cryptocurrency has sharply decreased, which could be due to the fall in the price of Bitcoin. The top 3 countries with the largest number of Bitcoin-related searches are currently El Salvador, the Netherlands and Nigeria.

On August 26 and 27, there were massive explosions of activity from Russian cryptocurrency users interested in BTC. The short-term rise in the price of Bitcoin caused the number of searches related to Bitcoin on Google to increase because users had too high expectations that the Bitcoin market would continue to skyrocket.

Before the price drop, many searches and queries related to BTC in Russia came from regions such as Irkutsk, Dagestan, Khakassia and Moscow. But as soon as the digital currency market stagnated, interest in Bitcoin in the Russian segment started to drop at Google Trends. Now, when the trend is reversed, it is quite possible that the interest will increase as well.

How many Russians invest in Bitcoin

According to the April 2019 data collected by Statista, over 80% of Russians or people close to them have never bought BTCs. Only 2% of respondents in Russia have bought Bitcoin themselves, while 13% know someone from their neighborhood who has bought BTC. 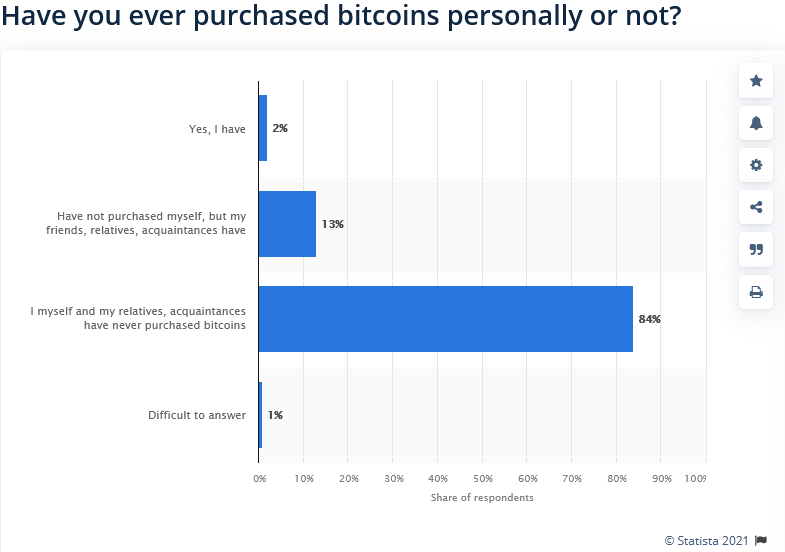 The current situation of cryptocurrencies in the Russian Federation

Also, cryptoasset regulation in Russia does not yet favor the growth of Bitcoin. The law (Federal Law No. 259- FZ, signed by the President Vladimir Putin on July 31, 2020) prohibits exchanges with cryptocurrencies in Russia and allows for judicial protection of claims on cryptocurrency activities and/or transactions only if the cryptocurrency holdings or transactions have been legally registered under this law.

However, just like the US and China, Russia is engaged in a virtual version (CBDC) of its fiat currency, and this digital currency will be issued by the central bank.