RUN announced a hackathon to take place over a weekend from June 4-6, 2021, to incentivize development atop their token protocol. The RUN protocol has seen significant traction in 2021 in terms of wallet support (RelayX wallet and Tique Case), an exchange and various tracking tools (Runcraft.io, bsv.run and mornin.run). The hackathon should continue the recent token momentum and attract developers not only to RUN, but to Bitcoin SV in general.

The unique aspect of the hackathon is its novel funding mechanism and how it leverages the RUN protocol to do so. Those who wish to contribute to the award total can buy various tiered NFTs on the REX which represents their contribution of BSV to the hackathon.

Funders across the tiers will receive various benefits throughout the event (details to follow). The potential prize pool available will be the total revenue of the NFT sales, which will be awarded to the top five participants. 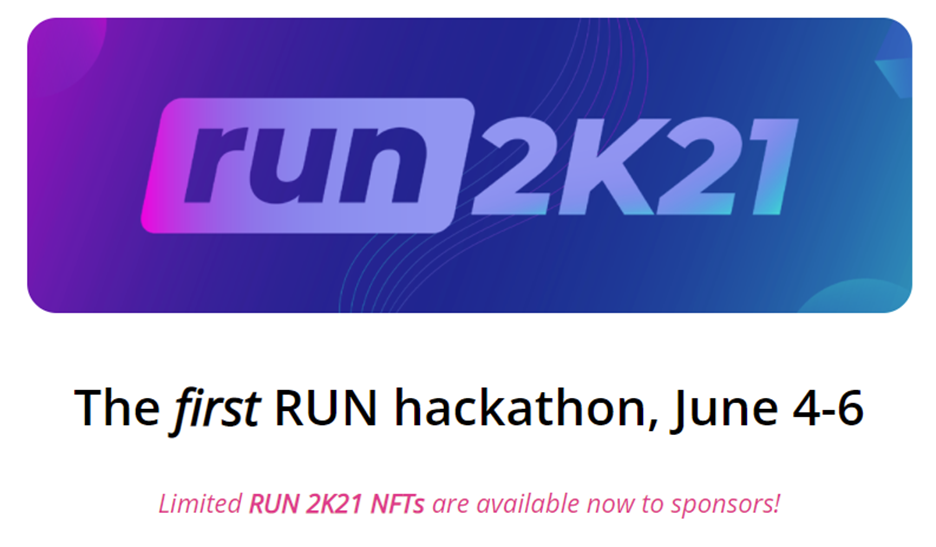 Instead of a top-down approach to funding, the RUN hackathon allows one with as little as 0.04 BSV ($15-20) to contribute. Naturally, the question arises—“Why would I fund this?”

Imagine owning an NFT that indicated your funding of Uber or Coinbase before they became successful. Such a token could represent one’s investing prowess and foresight. If one of the entrants happens to grow into a large company, these tokens could represent something like a famous baseball player’s rookie card.

This mechanism enables holders of BSV to take an active role and stake in development vs. sitting on the sidelines, waiting for ‘Number go up’. The process is done all on-chain, promoting transparency and accountability in terms of allocation of BSV. With tiers as high as 25 BSV and as low as 0.04 BSV, whales and casual investors can participate alike.

This is a stark contrast to other hackathons whose funding sources, backers, motivations, and prize stipulations are unclear.

For example, look at everyone’s favorite blockchain of the year—Solana. 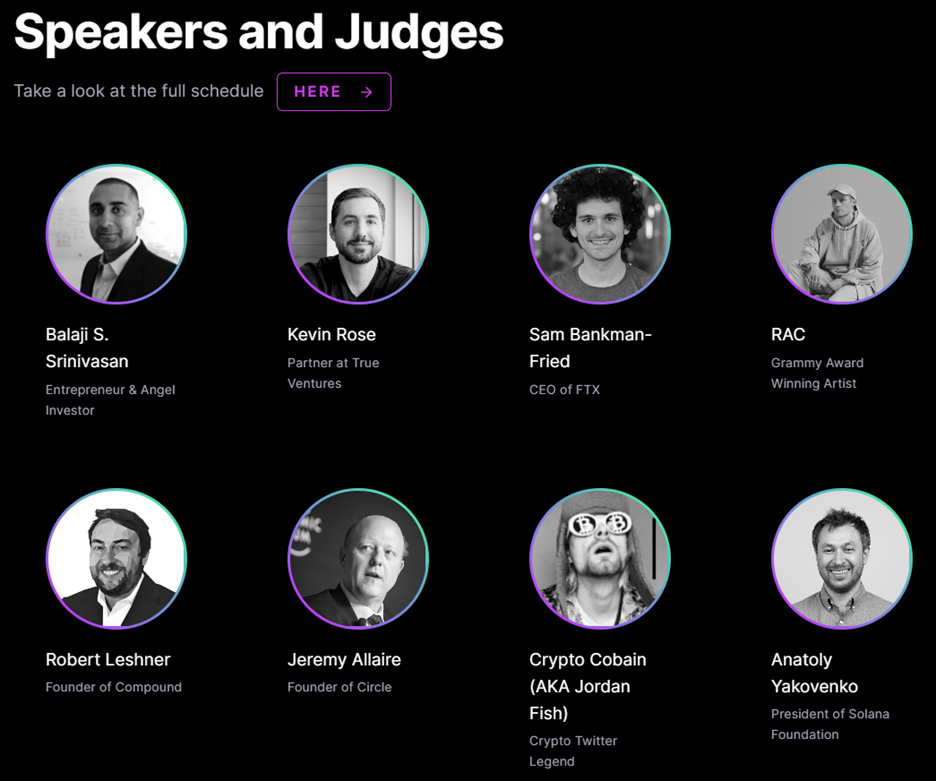 If Solana is such a new, innovative blockchain competitor and disruptor, why are the same incumbents from Crypto Twitter participating? What is the point of a hackathon if not to attract new developers to build profitable companies?

Could this reflect the nature of yet another Proof-of-Stake blockchain, that the initial and top holders have a strong incentive to remain that way, disincentivizing competition? The Solana Hackathon Terms are quite clear that they do not want actual products and services emerging, so what is the point? Maybe to simply pump their existing SOL bags amidst smoke and mirrors of economic activity?

By crowdfunding the hackathon and allowing anyone to obtain a commemorative token of doing so the incentives are undoubtedly towards enabling profitable and innovative companies emerging. Bitcoin is a Proof-of-Work blockchain where the number of coins earned generally matches the value added to the economy. I look forward to disruptive companies emerging from this novel hackathon and demonstrating how Bitcoin can scale.

Dogecoin Up 25%: Coinbase Listing in Next 6–8 Weeks, Elon ‘Working With Doge Devs’
Technology