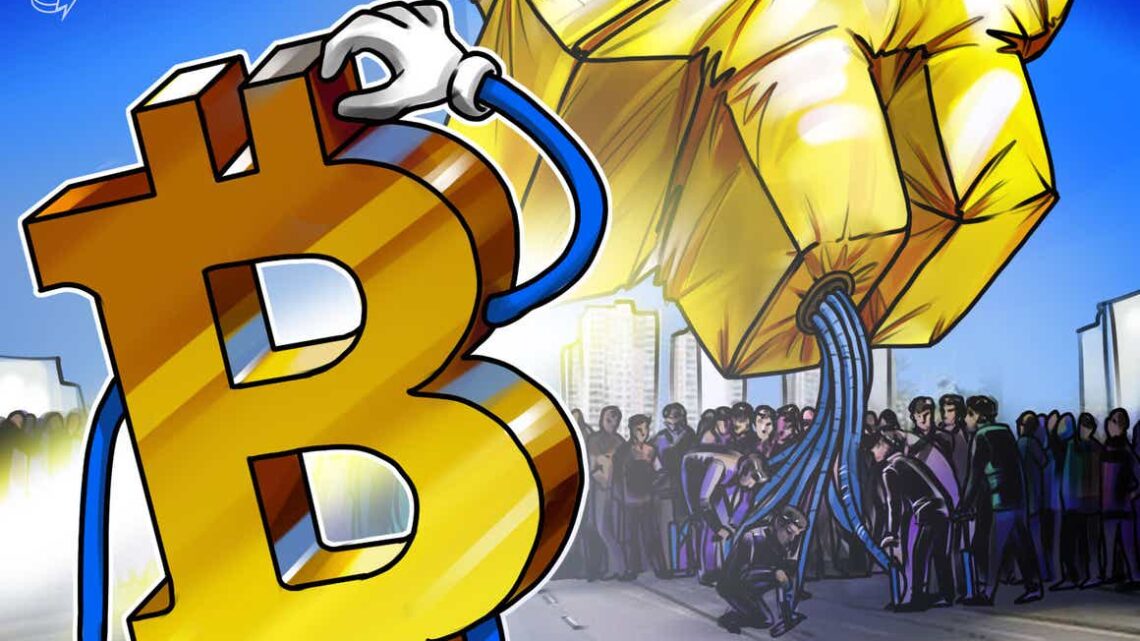 Researchers have found that roughly 11,000 entities are responsible for more than half of Bitcoin’s on-chain volume.

According to a study published by the National Bureau of Economic Research (NBER) on Oct. 21, 11,043 on-chain entities represent 55% of volume on the Bitcoin network. Cryptocurrency exchanges were estimated to account for three-quarters of on-chain volume.

The report’s authors conclude that the network remains highly centralized despite the surge of new investors enticed by BTC’s 2021 bull market, stating:

“The Bitcoin ecosystem is still dominated by large and concentrated players, be it large miners, Bitcoin holders or exchanges.”

However, the study also noted that individual Bitcoin holders currently represent 8.5 million BTC or 45.1% of supply.

NBER also identified significant concentration within the Bitcoin mining sector, estimating that the largest 10% of miners control 90% of global hashrate rate. The report added that roughly 50 miners (approximately 0.1% of the network) command 50% of the Bitcoin network’s total hashing power.

While NBER claims the centralization of hash rate places the Bitcoin network at significant risk of a 51% attack, the report does not offer an hypothetical situation in which the world’s top miners would be incentivized to launch an attack on the network.

According to Cambridge University’s Bitcoin Electricity Consumption Index (BECI), the global distribution of hashpower has pluralized significantly since September 2019 — when China’s share peaked at 75.5%

While China’s renewed crackdown on domestic Bitcoin miners has been credited with driving a recent exodus of miners seeking cheap electricity in North America, Central Asia, and Eastern Europe, BECI’s data suggests that Chinese hashing power had already fallen by 40% before the April clampdown.

People Sold Their Bitcoin & Ethereum For Shiba Inu!! Will It Be Worth?
Technology