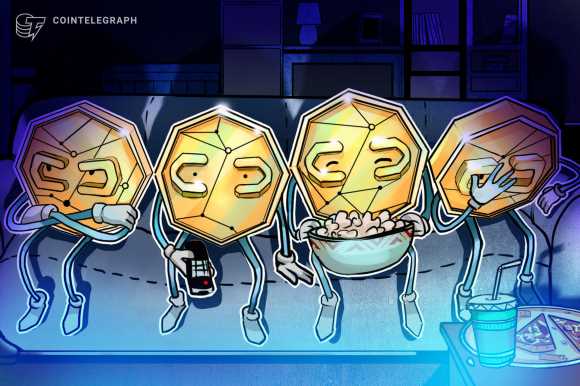 Economist Nouriel Roubini and former risk analyst Nassim Taleb took aim at crypto at the CoinGeek conference this week, while the always controversial Craig Wright boasted that the BSV blockchain was on track to hit billions of transactions a second.

Taleb, the author of best-selling economic books Black Swan and Skin in the Game, was a controversial addition to the lineup of the CoinGeek Conference in Zurich and came under fire on social media for giving BSV legitimacy.

Roubini meanwhile, offered a “greatest hits” version of his of attacks against crypto, familiar from crypto conferences prior to the pandemic.

“There is no reliability, no regulation, no AML, no KYC. [Crypto] is used by terrorists, money launderers, human traffickers, criminals, tax evaders.”

Roubini argued that cryptographic tokens — which includes BSV presumably — are unnecessary and should be isolated from the value of the decentralized data verification enabled by blockchain technology.

“Data is very valuable, it’s the new oil,” he explained, lamenting that “99%” of the fintech application “has nothing to do with cryptocurrencies.” What is needed, Roubini explained, is a service that is “reliable, that stores the data, says who owns it and who pays for it.”

Taleb followed Roubini on the panel, agreeing that the data utilities enabled by cryptocurrency should be understood as a separate phenomenon to the cryptographic tokens issued by many blockchain projects. He shared his belief that those who need crypto and those who can use it are not aligned, adding:

“Who needs cryptos? Well, criminals need cryptos, except it doesn’t work for them.”

Related: Bitcoin’s usefulness is on a whole other level, depending on where you live

The host attempted to get the panel back on track asking Taleb if he agrees that “BTC does not represent what the Bitcoin Whitepaper describes.”

In response, Taleb admitted he thinks Bitcoin in its current form does not resemble the whitepaper, but countered that “the currency in the whitepaper may not be what we are looking for.”

NChain’s chief scientist, Craig Wright, talked up BSV, asserting it was “never designed to be a currency, it’s digital cash” and went on to make the claim:

“We will have a billion transactions a second in a few years, and then we will do one trillion a second.”

As you might expect, those Bitcoiners who did tune in were hate watching the broadcast, including YouTuber “BTC Sessions” who shared that they only “hopped on the stream for a second just to give it a thumbs down.”

SEC warns investors of the risks with Bitcoin futures