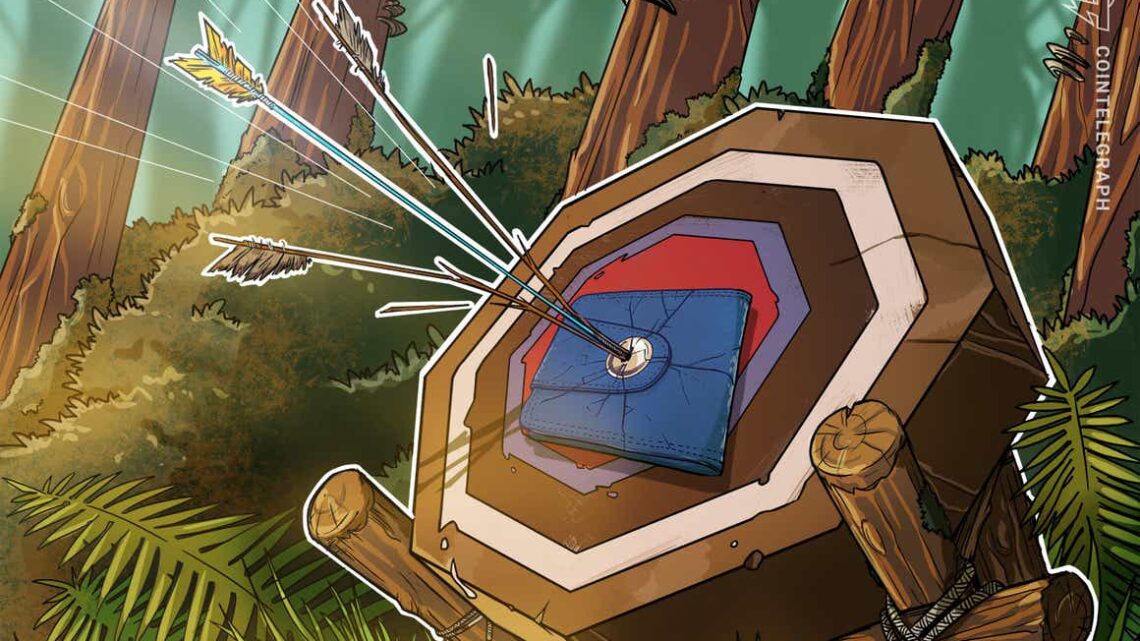 Speaking to Jim Cramer during CNBC’s Disruptor 50 summit on Oct. 21, Tenev stated that was very “proud” of Robinhood’s progress in crypto, as he highlighted the firm’s recent push to provide a crypto wallet for its users:

“A lot of people have been asking us for the ability to send and receive cryptocurrencies, transfer them to hardware wallets, transfer them onto the platform to consolidate. And you know, the crypto wallets waitlist is well over a million people now, which is very exciting.”

“We see an opportunity to continue growing that business,” he added.

Robinhood users have long urged the company to develop a crypto wallet as the platform currently does not support deposits or withdrawals, and only allows users to buy crypto with U.S. dollars and trade digital assets on the platform.

On Sept. 22, Robinhood finally announced its plans to roll out a digital asset wallet, and opened up a waitlist for first access to the new feature. A Robinhood representative told Market Watch last month that the wallet will debut this month for some users, and will eventually open up to all users in early 2022.

During the event Tenev emphasized the importance of the emerging crypto sector, noting that it’s “here to stay as an asset class” and it holds specific advantages such as being able to connect a global market.

“So, you know, regardless of where you are in the world whether you’re in the U.S. or overseas, you can have a wallet, you can send people cryptocurrencies from that wallet to their wallet.,” he said.

Robinhood first launched Bitcoin (BTC) and Ether (ETH) trading in 2018 for customers in five U.S. states. Robinhood has since expanded its altcoin support to assets such as Dogecoin (DOGE) and Litecoin (LTC), and currently allows traders based in all but four U.S. states to access its commission-free crypto trading services.

When Teven was asked if Robinhood would expand support to Shiba Inu (SHIB), the CEO suggested that it was unlikely anytime soon as he cited the firm’s stringent listing policy.

“We only offer seven coins currently. And I think it goes back to safetyfirst, right. So we’re not generally going to be the first to add any new asset. We want to make sure that it goes through a stringent set of criteria,”

Speaking on the firm’s vision, Tenev argued that Robinhood offers a greater chance for financial inclusion than its competitors, as he asserted that its commission-free trading structure “changed the industry.”

“I think that, you look at cryptocurrencies, for instance, people are still paying 3%, 4% fees to access that market. You see a lot of opportunities to serve more customers that have even less money, who are even more underserved than the people we have now,” he said.