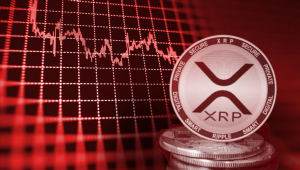 Ripple Now Has an Upper Hand Over SEC in Its Legal Battle!

Ripple and its legal battle, has been a roller coaster ride of sorts. With no end meeting for the judgement to prevail. The arguments are extending with numerous dates as the SEC fails to gather strong evidence against Ripple. Moreover, the “Deliberative Process Privilege”. Which protects the information explaining the decision reached by the government needs no disclosure to the third party. Has left setbacks for Ripple.

In a recent update, Ripple has sought an extension of time till October 08 in order to reply to the motion filed by the SEC. The agency wanted Ripple to search and produce all the video recordings where Gardlinghouse, Larsen & other key employees discuss the lawsuit.

However, Judge Torres grants amici to John Deaton, a lawyer and founder of Crypto-Law.us, moreover, an XRP proponent. Therefore, Deaton can now brief the question of law on behalf of individual movants but cannot intervene within the procedure. This is considered as one of the biggest victories for Ripple that could reduce the path towards success.

On the other hand, Legal Briefs has brought to notice that SEC’s Division of Corporation Finance. A division that operates clearly from the division of enforcement, wrote a memorandum. The memorandum contained a legal analysis of XRP. The memorandum was circulated to certain individuals at the SEC on the day before Bill Hinman gave a speech. According to the speech, Ether is not a security.

Consecutively, since it is a memorandum, it is an official statement. Which can bring impetus to the hearings in the court. From the memorandum, one of the three decisions can be made for Ripple. Which are as follows:

Summing up, the sail has been rough for Ripple VS SEC. Moreover, SEC has filed a motion to compel Ripple. That it has to turn over the recordings of its meetings. The light at the end of the tunnel is far off sight. Hopefully, the memorandum might ease out situations in the legal battle.