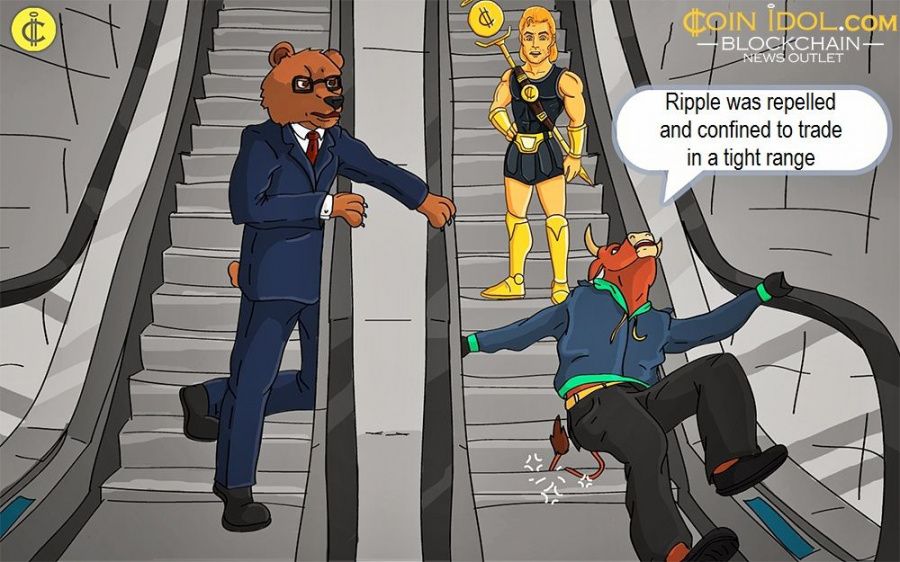 Ripple Fluctuates Between $0.26 and $0.31, Lacks Buyers at Higher Price Levels

Following the breakdown on January 11, XRP corrected upward and resumed a range bound movement between $0.26 and $0.31.

The range-bound movement became necessary as bulls were repelled twice at the minor resistance at $0.31. In January, the uptrend was resisted at the $0.36 high. After two unsuccessful attempts to break the overhead resistance, XRP was repelled and confined to trade in a tight range.

XRP has fallen to level 45 of the Relative Strength Index period 14. It indicates that the coin is in the downtrend zone and below the centerline 50. The 21-day and 50-day SMAs are sloping down indicating the downtrend. 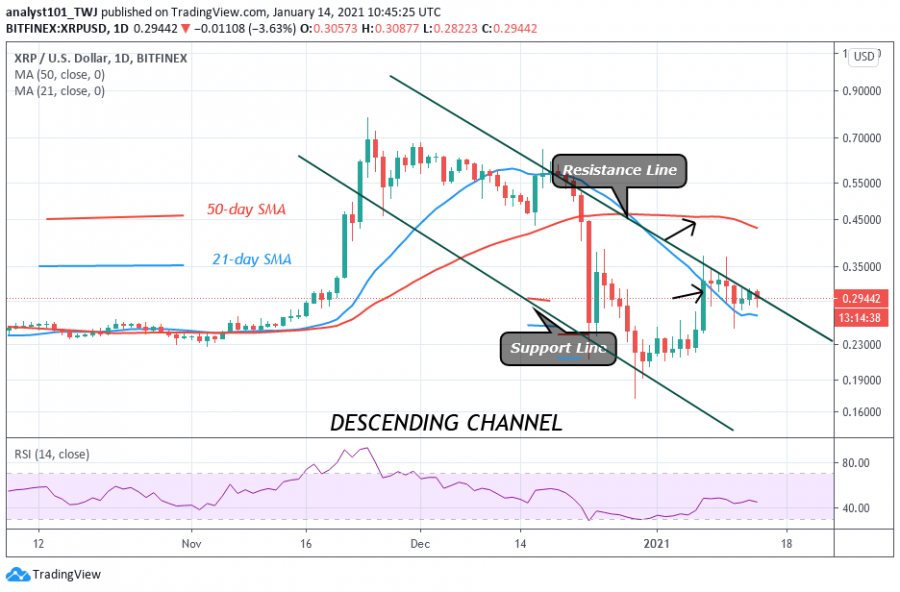 What is the next move for Ripple?

XRP has been consolidating above $0.29 since January 11. The coin has been trading marginally. Meanwhile, the Fibonacci tool has indicated an upward movement of the coin. On January 14 uptrend; a retraced candle body tested the 61.8 % Fibonacci retracement level. The retracement implies that Ripple will rise to level 1.618 Fibonacci extension. That is the high of $0.31125. 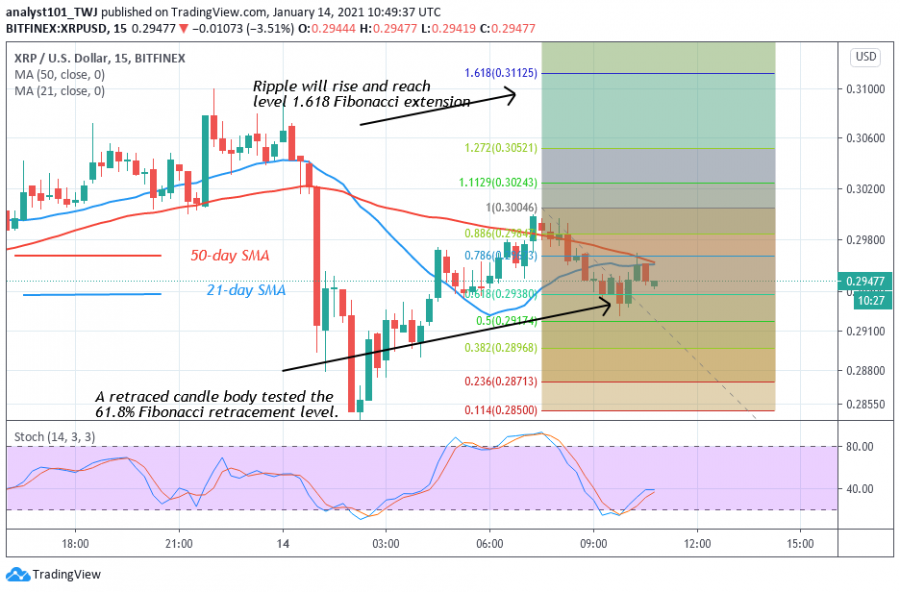 Disclaimer. This analysis and forecast are the personal opinions of the author that are not a recommendation to buy or sell cryptocurrency and should not be viewed as an endorsement by CoinIdol. Readers should do their own research before investing.