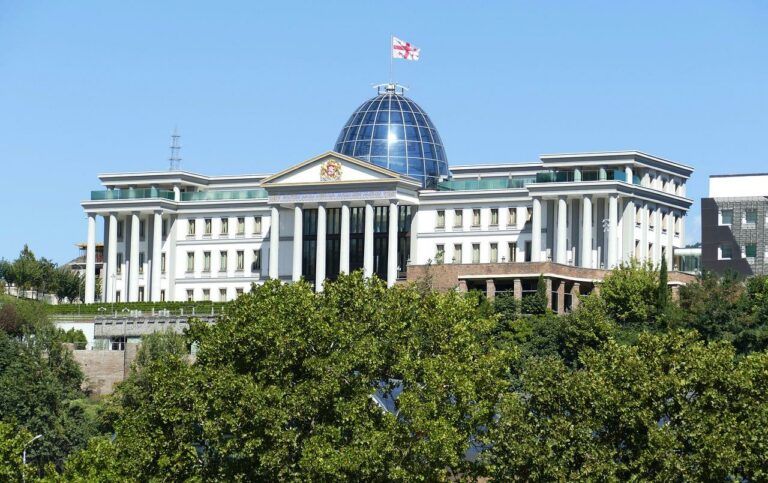 According to a report by news outlet Georgia Online, Ripple CEO Brad Garlinghouse took advantage of this week’s visit to the World Economic Forum (WEF) Annual Meeting in Davos (Switzerland) to meet Irakli Garibashvili, the Prime Minister of Georgia.

Per this report, at this meeting, which took place on May 23, “the Prime Minister offered the CEO of Ripple to open a corporate service centre in Georgia and noted that Georgia has a favourable investment environment and the country has a stable location.”

The report went on to say:

“According to the Prime Minister, the Georgian market is favourable in terms of the development of digital assets and is developing rapidly. It was noted that with young, experienced and competitive human capital, Georgia is becoming a global and regional multifunctional hub for financial services and technical and innovative industries. Thanks to its reputation and friendly business environment, Georgia has become a global leader in terms of ease of doing business. The country in the developed markets is in the same league as the United States, Singapore, Denmark, Norway and the United Kingdom.

“It was noted that the country successfully uses blockchain technology, and Georgia is the first country in the world to introduce blockchain technology in public services, in particular in the land registry process, which has made it possible to reduce operating costs by about 30%.

“The conversation also touched on the visit of FTX Crypto Derivatives and Digital Markets Association representatives in Georgia. The Prime Minister noted that it is planned to establish a regional office of FTX in Georgia, which is being negotiated with the company. Opening a regional office will create a conducive environment for the market for digital financial assets of the future.“

On Tuesday (May 24), Maria Bartiromo, the anchor of “Mornings with Maria” on American cable TV channel Fox Business Network (FBN), interviewed the Ripple CEO. During this interview, when Bartiromo asked the Ripple CEO to share his thoughts on the crypto market, Garlinghouse replied:

“Well, two quick thoughts on that. There’s no question there’s been a lot of turbulence to the crypto market. I think if you zoom out, though, over the last two years, you have to remember the Bitcoin was at about $8,000 two years ago, and today it’s, as you just pointed out, around $30,000. So yes, in between there, it hit $60,000, but this is a new market.

“I think there’s certainly been a lot of excitement about what’s going on in the market, and then sometimes that excitement gets ahead of the reality. For Ripple, we’ve been very focused on how do we use these technologies to solve real problems for customers. And those are the kind of solutions that I think will scale, regardless of what’s happening to the turbulence and volatility of the market.“

She then asked Garlinghouse to comment on potential upcoming crypto regulation. He answered:

“First, I’ll say here in Davos, when I came four years ago, crypto was considered a bad word. Today, that is dramatically different. And frankly, our elected officials that are here in Davao are some of the people speaking most aggressively about that.

“But there’s no question that regulation around crypto is still trying to find a solid footing, and finding the right posture for the United States. The United States has really been behind other G20 markets like the UK, like Switzerland, like Singapore. They’ve really been leading in establishing a framework that works for both investors as well as entrepreneurs, who are taking advantage of these new technologies and building the next generations of Google and Facebook.“

Someone then asked Garlinhouse to comment on Tether and the assets that back $USDT. The Ripple CEO replied:

“As you point out, stablecoins have been in the news because that was one of the catalysts that really drove the market a couple weeks ago. An algorithmic stablecoin kind of melted down if you will. Tether is a considered a dollar-backed stablecoin. I’m not personally involved with it. So, I don’t know exactly how they are sharing those financials, but I think now more than ever the transparency that companies like Ripple have championed across the crypto industry are critical.

“That transparency for Tether, I think, is to really make sure the people participating, people buying, have access to whatever financial information they need to feel comfortable that ,in fact, it is dollar-backed…

“And it’s the reason why I’ve come here to Davos and met with finance ministers from around the world, CEOs of banks around the world, to talk about how these technologies can actually solve real-world problems and reduce costs and improve the efficiency of particularly cross-border payments, an area that here at WEF they care a lot about and population that’s paying the most for remittance costs that can least afford it.“

To make sure you receive a FREE weekly newsletter that features highlights from our most popular stories, click here.

Featured Image by “falco” via Pixabay.com

This Popular Billionaire Will Not Invest In LUNA 2.0! Here's Why