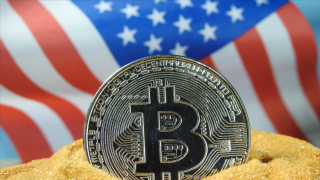 Report: Bitcoin Overtakes Gold in the U.S. as the 4th Most Popular Investment Vehicle – Bitcoin News

Research by Bitflyer released today indicates the growing popularity of the cryptocurrency as an American household investment option. But not in Japan.

Bitflyer, a Japanese crypto exchange, released a research paper that dives into cryptocurrency sentiment and investment trends in the U.S. and compares them to the Japanese market.

The most glaring difference between American and Japanese as far cryptocurrency acceptance is indicated through a simple question presented to survey participants:

The complete opposite pie charts demonstrate how the two markets are miles apart in their acceptance of cryptocurrencies. The research does not indicate when exactly the survey was done, but it can be assumed that the news-worthy ascend of bitcoin (BTC) in recent months has contributed to a heightened interest in cryptocurrencies as a whole in the U.S.

One can only assume that the conservative, suspicious approach prevailing in Japan toward the new and unknown leads to the lukewarm approach of its people to cryptocurrencies.

Highlighting a growing public interest in investment as a viable financial safe-net, the research found that 82% of people in the U.S. invest in financial assets; a Pew research indicated that only a few months ago the figure was 52%, allowing the assumption that the COVID-imposed reality has driven newfound interest among the public in securing a financial future.

Among investors, Bitcoin/cryptocurrencies (is it still that for a substantial portion of the public Bitcoin and cryptocurrency are one and the same?) has eclipsed gold as the fourth most popular investment vehicle, with real estate, 401k, and stocks occupying the three top spots. Interestingly, comparing American sentiment to the Japanese one, the research indicates an opposite sentiment among the Japanese public – 69% of people do not invest in financial assets.

Anecdotal reference: in both the U.S. and Japan men tend to invest more than women.

Looking ahead to 2021 as a transformative, post-pandemic year, 68% of Americans plan to increase their investment activity, while only 18% of Japanese planning to do so.

As per the segments of both populations that do not intend to increase their investing during 2021, while Americans say they will refrain from investing due to the lack of financial resources brought about by the COVID reality, Japanese are turning away from investment due to associated risks, unrelated to the New Normal.

What are your investment plans for 2021? Let us know in the comments section below.