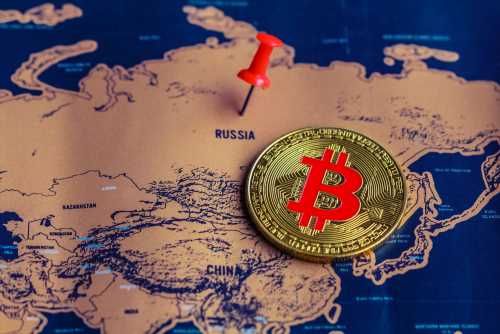 Russian President Vladimir Putin is not going to crack down on cryptocurrencies the way China has done recently. He expressed his tolerance for digital currencies in an interview by CNBC, which was posted on the Kremlin website on Thursday.

Cryptocurrencies have been drawing increased scrutiny from regulators around the world, because of its frequent use in financial crimes and money laundering. Regulation reasons were also behind China’s total crackdown on mining and trading digital coins. On september 24, China announced the crackdown in an effort to clamp down on illicit activities and financial speculation, which resulted in a blanket prohibition on all cryptocurrency transactions and mining.

According to Putin, cryptocurrency still “has the right to exist and can be used as a means of payment,” but he also mentioned it was too soon to talk about using digital currencies for trading Russian oil and other commodities.

“There are no plans for a blanket ban similar to China’s”, deputy Finance Minister Alexei Moiseev said. However in the past The Bank of Russia has repeatedly warned investors that the crypto market is extremely volatile. Russia does not allow crypto to be used for domestic payments, though there are calls to partially lift this crypto payment ban.

”Too soon”, could potentially mean Russia is not completely adverse to the use of cryptocurrencies for trading exported goods or oil in the future. Russia has been looking for alternatives to trading in dollars since the country was slapped with sanctions in 2014, following the annexation of Crimea.