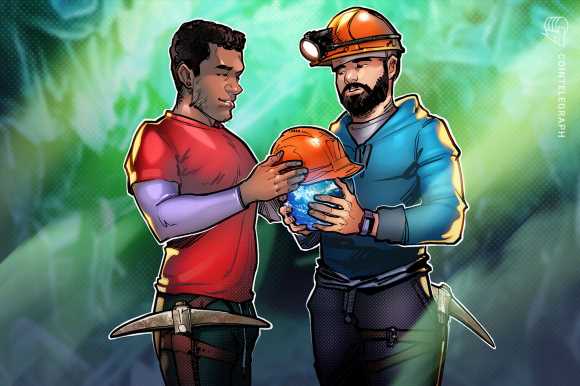 A proposed crypto mining ban calling for a forced three-year hiatus on all mining operations in New York has been watered down — and will now allow green projects.

The bill passed in the senate on June 8, and has now been referred to the state assembly. If the bill is passed in the assembly, it will be delivered to Governor Andrew Cuomo to either approve or veto the proposed legislation.

The initial New York Senate Bill 6486A sought to halt all crypto mining for three years in order to conduct environmental impact reviews on mining operations in the tri-state area.

However, the bill was amended in the senate to get it over the line, and the revised 6486B-bill is now focused solely on any firm that uses carbon-based fuel sources to power proof-of-work crypto mining.

There is no longer a specific time frame on the crypto mining ban with the bill preventing the expansion of any carbon-fuel powered mining operations, along with the establishment of any new mining operation using non-renewable energy sources.

The amended bill also calls for documentation regarding the energy output, carbon footprint, and type of fuel used by all crypto miners.

Governor Cuomo stated on June 7 that he was not well versed in the proposed ban, however, he is aware of the environmental concerns surrounding the crypto mining industry:

New York legislators’ examination of crypto mining appears to be related to its sustainable energy targets, with the bill referring the state’s “Climate Leadership and Community Protection Act”

The Protection Act set a target of reducing greenhouse gas emissions by 85% by 2050, and zero net emissions from all sectors of the economy within that time frame.

An ongoing issue concerning some New York residents, is the approved expansion of Greenidge’s gas-fired Bitcoin plant on Seneca Lake — which intends to dedicate 85 megawatts of power to Bitcoin mining by 2022.

The firm’s reported transition from coal to natural gas, along with its recent shift to carbon neutrality through carbon offsets, hasn’t dampened down the opposition of environmental group Seneca Lake Guardian.

The group noted on June 5 that the Greenidge had merely switched from being a coal-fired plant to a “fracked-gas burning plant,” and complained that the Department of Environmental Conservation (DEC) has failed the citizens bynot “completing a new Environmental Impact Statement”:

“Greenidge is now burning fossil fuels simply to make fake money in the midst of climate change, with no regulation or oversight.”

NuCoin – Have the Aussies Built What the Blockchain World Has Been Waiting For?