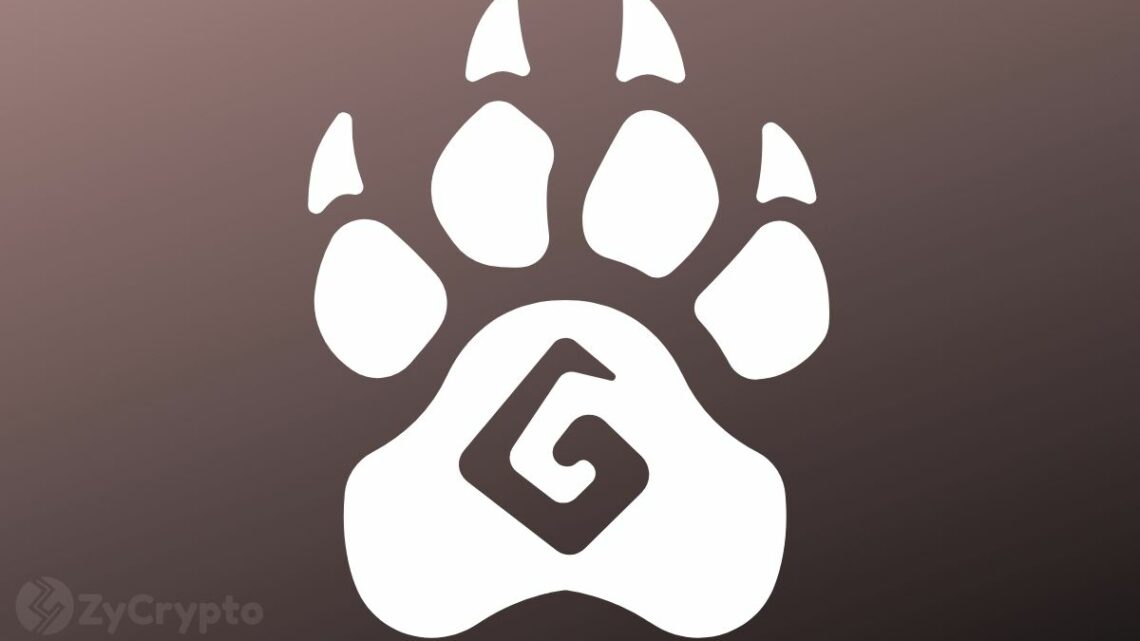 DOT, The native token of the multi-chain Blockchain Polkadot, has been on a recovery journey post-May bloodbath like many of its counterparts. However, a significant difference between DOT and other altcoins is the pace at which it skyrocketed.

Polkadot (DOT) up 100% as bulls fight to continue upward trend

While the entire cryptocurrency market has secured major gains this month, only a handful have managed to sustain new levels. But DOT bulls are unwavering in their quest for dominance. Within the last 24 days, DOT has succeeded in securing 100% in gains, resulting in its June prices (between $10 to $12) doubling. 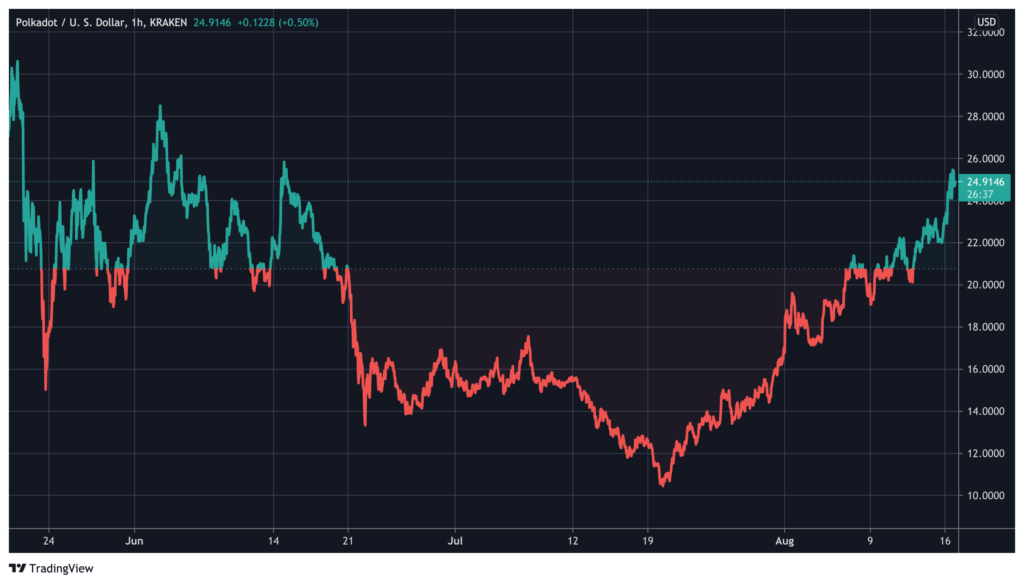 At the time of this writing, DOT is up over 8%, while its 7-day consecutive gains sit above 12%. The 1-day technical chart suggests that bears and bulls are still struggling to dominate. Prices have been rejected by the bears multiple times at the $22 resistance level. However, the next 24hrs remain crucial in determining where the market is headed going forward.

Meanwhile, the war between leading altcoins has intensified ahead of Ethereum’s 2.0 upgrade. The upgrade has positioned Ethereum as a major Bitcoin rival and as we reported previously, many are speculating that the network is poised to flip Bitcoin in the long term. Interestingly, in the same manner, other altcoins are advancing at a significant pace. This has inspired many takes, most of which collectively iterate that Ethereum could also lose its position to any one of the newcomers.

Polkadot makes the list of “Ether killers”, along with Cardano and Solana. Although in terms of market cap, all their native coins are far behind. But the similarities between Ethereum and Polkadot have already placed both platforms as possible future rivals.

Since Polkadot uses the parachain blockchain; a network that is designed to reduce network corrections to the bare minimum by repeatedly creating new chain on the network, and Ethereum intends to duplicate this feature, there’s bound to be intense competition which could result in one of the two platforms taking the upper hand.

The crypto Twitter community has been putting out hot takes on this. Altcoin users strongly believe that DOT is poised to outperform even Cardano (ADA); a sentiment that is shared by some altcoin users. Currently, ADA is dominating altcoin-related conversations on social media platforms as the smart contract launch draws near. But DOT shows itself to have as much upside potential, as parachains will also be supporting smart chains in the future.