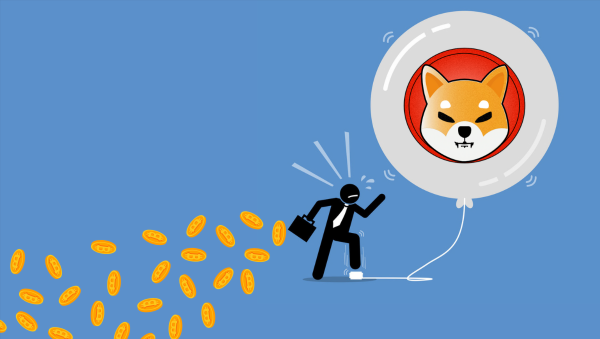 People Sold Their Bitcoin & Ethereum For Shiba Inu!! Will It Be Worth?

Bitcoin and Ethereum are among the primitive assets which laid the foundation of cryptos in the world. And hence the crypto veterans usually lean towards these assets as they are fundamentally very strong. Despite the fact that these assets undergo a slow yet steady price rally, wherein the trader may have some time to think and book profits.

On the other hand, new emerging tokens in the world of DeFi or NFT or the MEME coins gasp more profit in a very short period of time. The price rallies are gigantic, and also they tremble and fall mercilessly. The most popular one is Dogecoin which remained silent for a couple of years and pumped 800% & also dumped 300% on the same day.

Yet the new trend within the crypto space has diversified into quick money than a long-term investment. As the crypto space is witnessing in the case of Shiba Inu. The asset since its inception has shaken the market. Initially, traders were much sceptical about the asset, but now they are letting of their BTC & ETH for SHIB. This may be a laughing stock for some but actually make sense for many!

BTC price recorded a surge of nearly 150% since the beginning of 2021 which includes a couple of pumps of 132% and a dump in between of nearly 100%. Conversely, SHIB price, which initiated the trade with a notable dump of nearly 85% and maintained a silent trend for more than 5 months. Very recently, the asset ranged more than 440% in 15 days. But still, the question remains will people ever sell Bitcoin or Ethereum for Shiba INU?

The long-term investors might find it very tough to digest that the short term retail traders prefer quick profit-making coins to strong fundamentals assets. People believe in multiplying BTC with the profits booked with these meme coins. And hence with the current surge in SHIB price, people are selling their Bitcoin & Ethereum.

But whether it’s a good or a bad idea? Well, it depends on how perfectly the trader has done with DYOR or how much he is willing to lose. Top influencers and analysts do warn and suggest a deep study before dealing with meme coins. But it’s also true that you can convert 1 BTC into 2 with the right strategy and exit plan.

On the whole, one must also consider the fact that fundamentally strong projects like Bitcoin, Ethereum, Cardano, Polkadot provide good returns on time. As the possibilities of a drastic dump of more than 80% to 90% reduces and most importantly if ever it happens a quick recovery is imminent. Yet it is also important to note that meme coins like Shiba Inu are similar to a lottery ticket where-in the chances of winning is also similar to them.

An Unusual Year is About to End on a High for Asia Broadband, Inc.
Technology