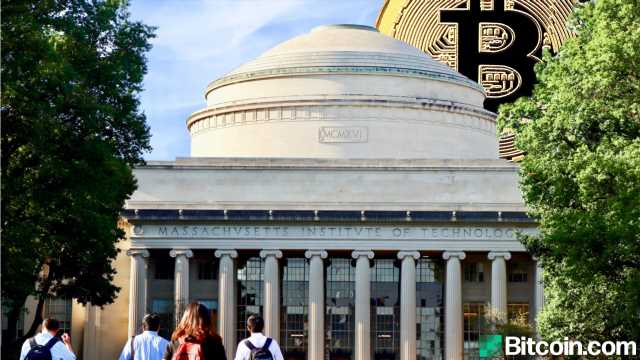 Out of Thousands of MIT Students That Got Free Bitcoin in 2014 – 6 Year Holders Saw 13,000% Gains – Featured Bitcoin News

Over six years ago, at the Massachusetts Institute of Technology (MIT), a couple of scholars distributed $100 in bitcoin to 3,100 students. According to testimony from a few participants who held the leading crypto asset since then, the students netted 13,000% in profit.

For a very long time now, MIT has been experimenting and supporting bitcoin (BTC), the leading crypto asset in terms of market capitalization. In 2014, two computer science students Dan Elitzer and Jeremy Rubin distributed $100 worth of BTC to thousands of MIT undergraduates. After Rubin and Elitzer left MIT, they continued working in the cryptocurrency space. On Friday, a few of the students who held the BTC for over six years explained that they saw significant gains.

One particular student, Mary Spanjers, told Bloomberg that she still has the BTC and has kept it tucked away. Spanjers said that the $100 worth of BTC before the May market rout could have fetched her around $20,000 or around 13,000% in profit. At first, Spanjers said many students thought it was just a joke. “It’s truly remarkable,” Spanjers detailed during her interview. “Most of us thought it was a bit of a joke.”

The MBA student that started the free bitcoin initiative, Elitzer also founded the school’s Bitcoin Club but he and Rubin do not know how many people kept or sold the BTC. However, if every MIT student kept the digital asset, they would have netted around $60 million total. One student who works for a crypto firm called Ontology, Erick Pinos, ended up selling his free bitcoin. Today, however, Pinos said he keeps all of his funds in the crypto economy and further stressed:

I’m all about cryptocurrencies.

A former MIT student who created an application called Fireflies, Sam Udotong, eventually sold the digital asset. “If I had held on to that bitcoin, it would have been more like $300 to $400 per delivery,” Udotong remarked. Former MIT student Marilynn Bach ended up keeping her crypto and said “Sometimes if my friends or co-workers talk about cryptocurrency, I’ll be, like, ‘Oh, yeah, that’s the thing I have.’”

A robotics engineer at Pendar Technologies, Selam Gano, said she sold her BTC for $300 worth of food when it increased 3x in value. “It was free money, I don’t have any regrets,” Gano said during her interview. “I got an MIT degree, which is the most important thing to me,” Gano added.

Two years later, an article published in the Boston Globe noted that after the bitcoin experiment, only “14%” were still “actively using it.” When the MIT Bitcoin Club started and distributed the bitcoin a few years later the MIT COOP, a store for the public, students and faculty stopped accepting BTC for purchases. The Liberty Teller brand bitcoin ATM located inside the COOP was also removed from the building a few years later.