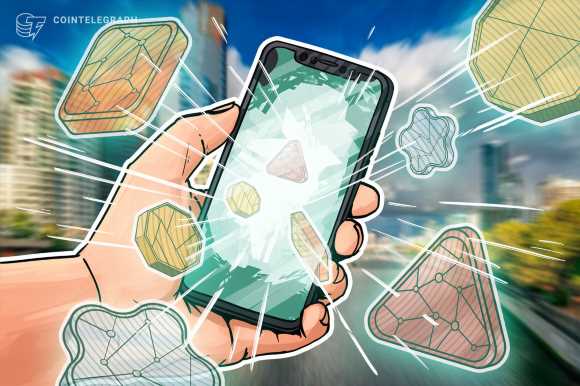 The return of Fame Lady Squad

The Fame Lady Squad (FLS), a nonfungible token (NFT) avatar project purporting to have been created by an all-female team, is set to re-launch today with a new team after it was uncovered that three Russian men were behind the project earlier this month.

The project’s NFTs depict cartoon female avatars, with the tokens having generated $1.9 million worth of total sales since launching on OpenSea Marketplace in mid-July.

On Aug. 10, Fedor Linnik, the co-creator of NFT project Neural Pepe, tweeted that he had collected “enough proof” to connect three men to the project on Aug. 10, specifically outing the pseudonymous developer “D Mefi” as one of FLS’ creators.

Following the accusations, Russian developer Max Rand also confessed to working on the project via Twitter on the same day. The FLS Twitter account also confirmed the news but failed to name the third member of the team.

After facing public backlash, the FLS founders reportedly conducted a poll on Twitter asking the community if they should hand over the project’s smart contract to a new owner — to which more than three-quarters of respondents voted in favor.

FLS stated they have handed the smart contract over to the well-known NFT proponent, “digitalartchick.” Digitalartchick has since passed the project onto a team of women including NFT collector Ashley Smith and NFT advisor Daniel Davis.

The FLS website is offline at the time of writing.

MLB to hit NFTs out of the park?

The latest drop went live on Aug. 23 and depicts a digital illustration of the PNC Stadium which is home to the Pittsburgh Pirates. The collection includes an open edition up for sale until Aug 28, and a one-of-one up for auction that is set to close on the same day. 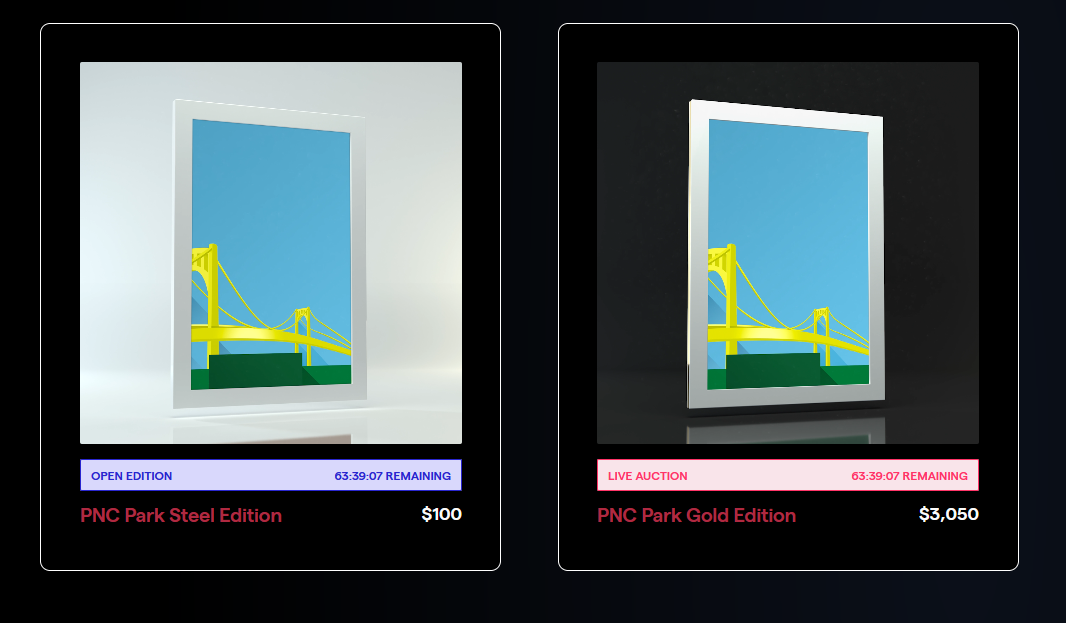 The one-of-one currently has a top bid of $3,050 and the highest bidder will receive two tickets to an MLB game at the stadium, a player meet and greet, the first pitch at a game, a framed print, and a stadium.

The MLB partnered with Galaxy Digital-backed Candy Digital in June, and this is the third drop of the MLB stadium series so far. The duo has also launched collections dedicated to baseball legend Lou Gehrig, and 2020 world champions the LA Dodgers.

An NFT auction dedicated to the late NBA legend Kobe Bryant is set to go live on the marketplace Cryptograph tomorrow.

The collection spans eight one-of-one NFTs depicting pictures of Bryant captured by Hollywood photographer Davis Factor in the 1990s. According to Cryptograph, all the revenues from the sales will go towards The Mamba & Mambacita Sports Foundation.

The foundation is a non-profit that is dedicated to helping “underserved athletes and young women in sports.” The organization was founded in honor of Byrant and his daughter Gigi after they passed away in January last year. 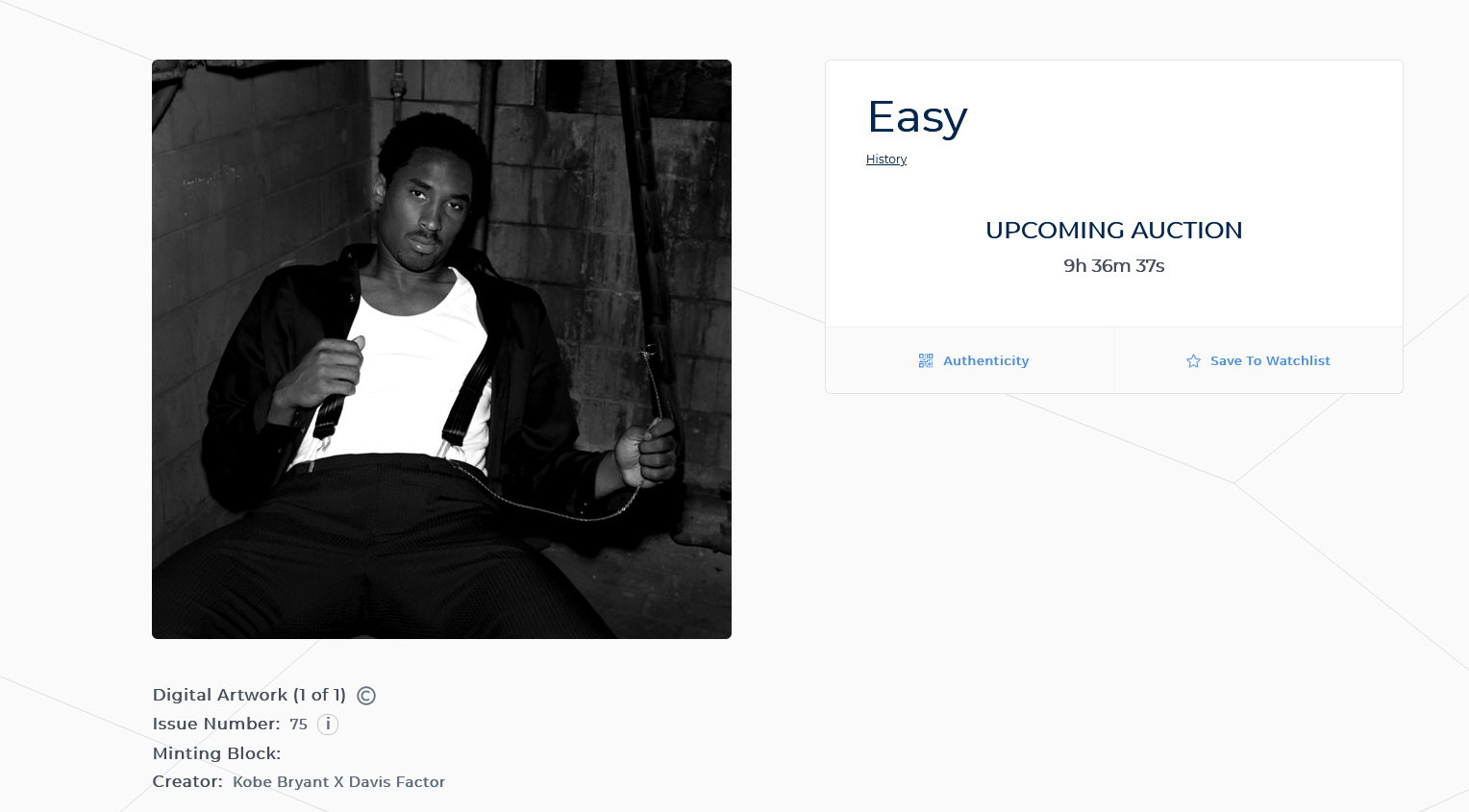 The developers behind EtherRocks — tokenized pet rocks that have fetched as much as $610,000 each amid the recent NFT bubble — have launched a new nonfungible avatar project featuring synthetic human faces that have been generated using artificial intelligence.

Nftsprites comprises a series of 100 unique synthetic faces, with holders seeking prices of between 16.5 Ether ($55,100) and 100 Ether ($334,000) for secondary sales. The NFT feature uncanny animations in which the synthetic faces move and appear to mouth speech.

Twitter user “Larry0x,” a smart contract developer at Delphi Digital, dismissively described the Nftsprites as “the lowest-effort NFT project” he has encountered, asserting that the synthetic faces were freely taken from another website.

Cointelegraph reported on Aug. 20 that in response to the current crisis in Afghanistan, consulting firm Visualize Value launched a series of NFT “care packages”, which are aimed at being sold at the estimated cost of covering a single family’s emergency needs for a month.

Credit card giant Visa also made headlines this week after it purchased a CryptoPunk for $150,000.