Crypto analytics platform ViewBase has recently found that nearly one-fourth of the circulating supply of Ether (ETH) tokens are held on cryptocurrency exchanges. Specifically, CoinTelegraph reported that 26,768,260 ETH are on exchanges, which equates to roughly 23.6% of all circulating ETH tokens. At press time, this equated to $10.3 billion. 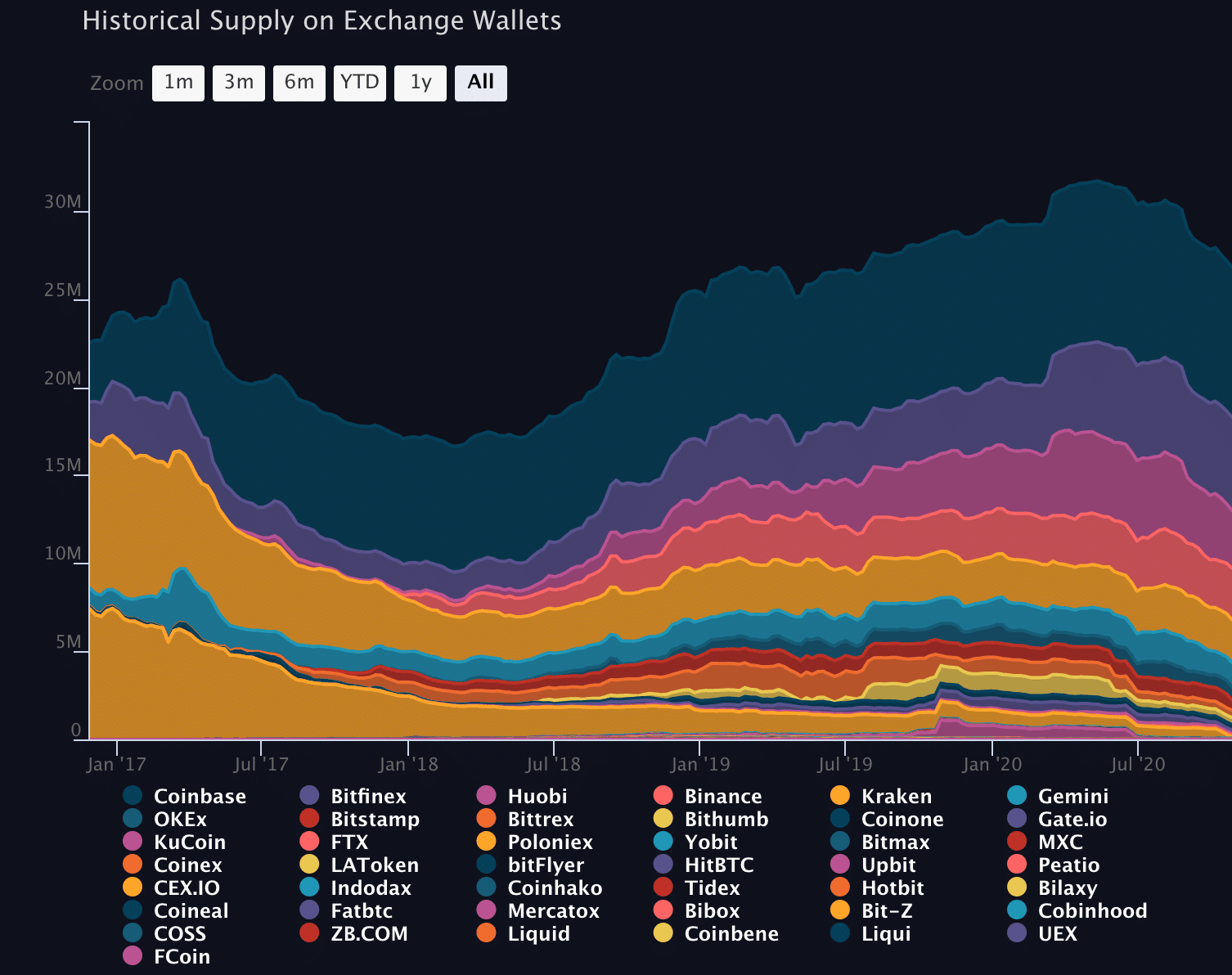 Join your industry leaders at the Finance Magnates Virtual Summit 2020: Register and vote for the FMLS awards

Notably, nearly all of the 26 million tokens are being kept on 10 centralized exchanges. Coinbase alone has custody of 8,.5 million ETH tokens —roughly 7.5% of the supply.

By comparison, the total number of BTC stuck on cryptocurrency exchanges equates to approximately 8.1 percent of the circulating supply of Bitcoin.

This could imply that BTC hodlers are much less eager to sell their coins that ETH hodlers. Earlier in October, renowned cryptocurrency analysts Willy Woo wrote on Twitter that when the number of coins kept on cryptocurrency exchanges drops, “It’s a sign that new buyers are coming in to scoop the coins off the markets and moving them into cold storage.”

When coins on spot exchanges drop, it's a sign that new buyers are coming in to scoop coins off the markets and moving them into cold storage HODL, we are seeing new HODLers right now. Very macro bullish. pic.twitter.com/XKsOsyYGIq

In other words, coins are being bought and transferred into private digital wallets for long-term hodling. Therefore, Woo said low numbers of coins on exchanges is “macro bullish.”

By contrast, a high number of coins on exchanges could indicate that hodlers are eager to offload their coins. Therefore, ETH hodlers could be looking to cash out.

However, Bitcoin seems to be growing in popularity as a long-term investment asset. Earlier this month, Finance Magnates reported that BTC’s migration off exchanges has reached its highest point in months.

Finance Magnates also reported that Bitcoin’s Fear and Greed Index, which measures the likelihood of market participants to buy (greed) or sell (fear) their coins, has been decisively skewed toward greed for most of the month of October.