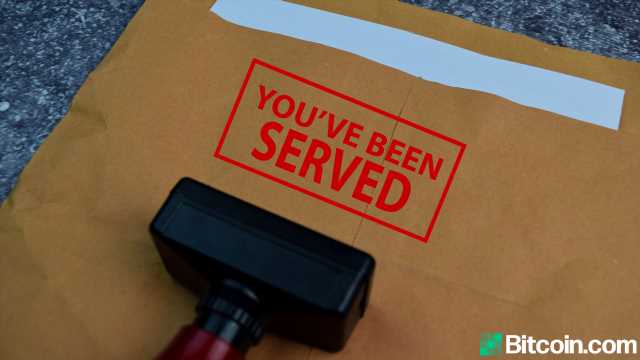 According to a report, the order was reportedly served on the Steynbergs’ residential address at Eagle Crest in Polokwane. However, the report adds that the Steynbergs still “have until the return date of July 20, 2021, to give reasons why final sequestration should not be granted on that date.” Meanwhile, a copy of this court order was also delivered to the South African Revenue Services.

As previously reported by Bitcoin.com News, MTI collapsed after Johann Steynberg, who reportedly fled to Brazil in late December 2020, blocked fellow co-founders from accessing the firm’s bank accounts. However, before fleeing, the CEO had ceded control of the company’s funds to his wife Nerina.

An Attempt to Save MTI

In the meantime, the same report states that certain investors are attempting to save MTI. The report says:

MTI will be back in court next month (May) as certain investors try to save it from final liquidation and rather put it under business rescue or restructure its debts in terms of a Section 155 compromise under the Companies Act.

Nevertheless, this last-ditch effort to save MTI comes even after both the liquidators and the Financial Sector Conduct Authority (FSCA) said they do not see “much chance of the company being saved from liquidation.”

Meanwhile, despite being uncertain of “how much will be recovered from the estate of Johann and Nerina Steynberg”, liquidators say they have a better understanding of where some of the MTI assets may be stashed. This new understanding follows the use of section 417/418 inquiry of the Companies Act which is used “to help track down and recover assets in insolvent companies.”

Liquidators have urged MTI members to lodge their claims with the insolvency practitioners at investrust.co.za.